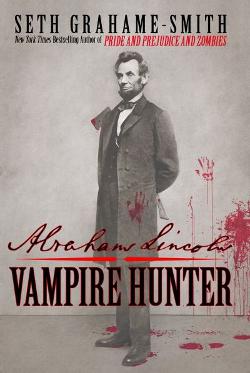 Actually the project has been casting up for a couple weeks now but to be quite honest the news has been well, rather dull.  Director Timur Bekmambetov has chosen to go with a cast of pretty much unknowns but tonight came the news that he’s cast the role of Mary Todd Lincoln and I think fans will like this one.

Robin McLeavy will take the role and rumor has it that she beat out Mary Elizabeth Winstead for the part.  Robin is best known for her role in THE LOVED ONES the aussie slasher flick where she was off the hook crazy.  A great choice I’m thinking.

The book was great and I’m hoping that the film follows suit.  For those of you who don’t know what this one is about:

When Abraham Lincoln was nine years old, his mother died from an ailment called the “milk sickness.” Only later did he learn that his mother’s deadly affliction was actually the work of a local vampire, seeking to collect a debt owed by Lincoln’s father. When Abe learned the truth, he vowed revenge and kept one passion hidden throughout his life: the brutal elimination of all vampires. His valiant, bloody fight against the undead was all but lost to history, until Grahame-Smith stumbled upon the secret journal of Abraham Lincoln.

Using the journal as his guide, Seth reconstructs Lincoln’s life story and uncovers the role vampires played in the birth, growth, and near-death of our nation. You don’t know Abe. Honest.

Benjamin Walker will play honest Abe. Dominic Cooper and Anthony Mackie are along for the ride as well.