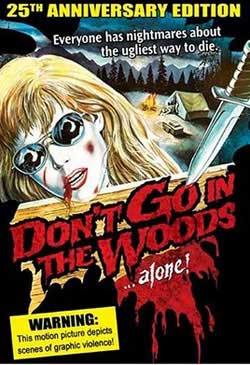 A feral man who lives out in the wilderness kills anyone stupid enough to enter his woods.

I am a connoisseur of 1980’s slasher films and take pride in the fact that I have almost seen every single one of them. However, from time to time some of them manage to slip through the cracks and I don’t see them until years (and sometimes even decades) after they are released. That was actually the case with Don’t Go in the Woods as it hit theaters in 1981 but somehow I didn’t see it until just last night. I’m not sure how this managed to happen (I actually thought that I’d seen it years ago and was mistaken) but I was just glad I got the opportunity to finally check it out. So was it worth it? Had I been missing out all this time by not seeing it? Hell yes. 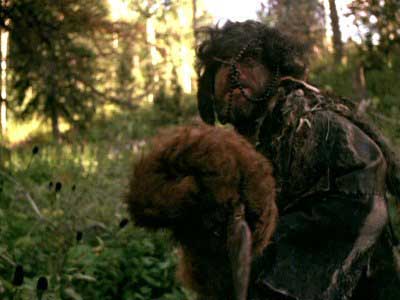 Don’t Go in the Woods is your basic slasher flick that has all the essentials. We have a group of friends camping out in the woods while a crazed killer is stalking them, characters doing stupid things that lead to their untimely deaths, and best of all, a ton of some really fun death scenes. It’s just like every other slasher flick that takes place in the woods that came out in the 80’s but I dug it anyway. I thought that it was a fun little blast from the past and even though it was cheesy and cornball as hell at times I still enjoyed it. It may not be the best movie of its kind but it works. 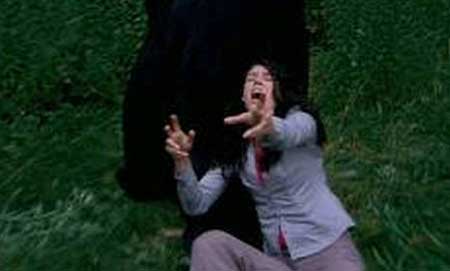 Some people may say that it is a bad movie due to the fact that it is so low budget, the acting is terrible, and most deaths take place off camera but I have to disagree. It’s bad in a good way if you ask me as I thought that the low budget and bad acting worked in its favor. I loved the cheesy moments (especially the scene that has a woman calling her husband’s name-which happens to be Dick-over and over again before she dies as if she is reading from a cue card) and got a kick out of the unintentional humor that takes place. Some of the dialogue is pretty bad and comes off sounding even worse due to the terrible acting but I didn’t mind at all. Hell, to be honest I have seen worse dialogue (and acting) in some of the bigger budget movies to fall out of Hollywood’s ass in recent year (if you don’t believe me just watch any Michael Bay or Nick Cage movie for proof). I found the cheesiness to be enduring and it actually enhanced my enjoyment of the movie. 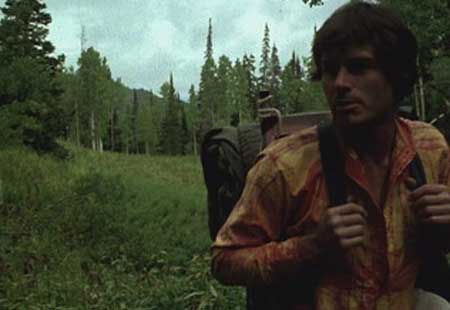 One thing I dug about the movie is the fact that it has one hell of a body count. A lot of people just sort of show up in the woods and are killed seconds later without doing anything or having a single line. The woods where the film takes place is certainly a busy area as people are constantly showing up to watch birds, paint, fish, and to provide an endless supply of victims to the killer. Speaking of the killer, he sure doesn’t mess around when it comes to taking people out and does so eagerly in a number of ways. He doesn’t like people coming into his woods and doesn’t have an issue with showing them the error of their ways when they do via a brutal stabbing or hacking them to pieces. I’ve always loved slasher movies that had a lot of death scenes in them, and Don’t Go in the Woods really delivered in this respect. 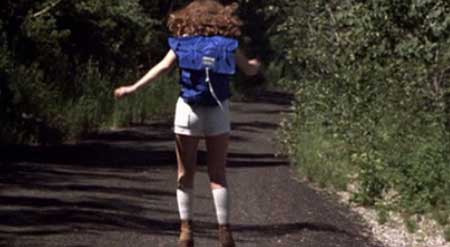 I also feel like I should say something about the characters. Most of them were hokey as hell (including the four main characters that made up the group of campers) but for some reason I liked them. Yes, they do and say stupid things and none of the actors portraying them can act worth a damn but I still dug them (and was a little surprised that one of them died later in the movie as I was certain she was going to make it). Most of the supporting characters (with the exception of the chunky sheriff who unintentionally had me in stitches every single time he was on camera) are just fodder for the killer and didn’t really have any lines aside from screaming and yelling so I couldn’t tell if they could act or not but I enjoyed watching them die. The killer (who sort of had a Jason from Friday the 13th Part 2 thing going on) looked like “Hacksaw” Jim Duggan running around in a furry outfit he’d sewn together himself and even though he was corny-looking as hell I still wouldn’t want to run across him out in the woods by myself one dark night. While the characters may have been cheesy and just bad in general I still found them appealing and actually cared for a couple of them, something I can’t say for every movie I’ve ever seen. 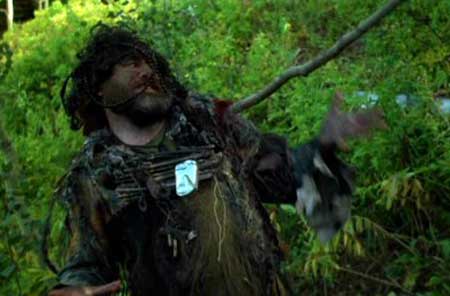 Don’t Go in the Woods is a great movie to watch late one night when you are in the mood for an old obscure slasher flick. I had a blast with it and even though it has its share of flaws I still enjoyed it. Check it out if you haven’t seen it, I guarantee you will have a lot of fun with it.