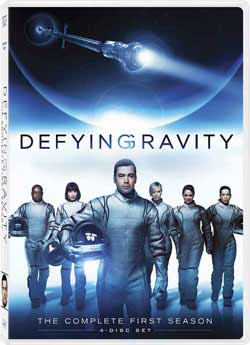 In 2052, the 8 member crew of the Antares set off on a 7 year, 6 planet voyage of Earth’s solar system, ostensibly to conduct research and expand man’s knowledge of their surroundings. The crew is led by two veteran astronauts, Ted Shaw and Maddux Donner, who were part of a Mars mission 10 years earlier that left two crew members dead. The remaining members are all rookies who have undergone a rigorous, 5 year training program and in flashbacks, the challenges they faced in being selected for the mission are revealed. The reality however is that none of the crew is aware of the real purpose of the mission, the result of an encounter with an alien object 15 years before.

Defying Gravity came and went almost as fast as the DVD set came out. That doesn’t mean though that it wasn’t a fine piece of work. Series like these have become sort of a trend nowadays. Which is to build on something interesting just long enough to pull it into oblivion never to be seen again. A few that come to mind are “Life on Mars” and “My Own Worst Enemy” ….

Anyways, Ron Livingston…. an actor we all remember from “Office Space” has returned from a mission that left some of his crew behind. We learn of this thru flashbacks and drama played out in a “if i could of only changed things” emotional state. In short the mission was a success, but at the cost of leaving his friends behind. Maddux Donner who has to live with the memory of 10 years back is called in to replace an emotionally unstable member of the Antares mission after they have set out into space. His comfort zone as a tech back on home is disrupted and with his partner Ted Shaw are sent back up into space on a 7 year, 6 planet mission….part of which involves landing on a first ever Venus mission.

The series is structured so that we get bits of the past and present all rolled into one that paint the social interaction that proceeds. One of which is the outer space romance that is carefully tensioned with a past 1 night affair and now working relationship between Maddux and Zoe Barnes (Laura Harris).

The crew all have there traits and issues that unroll pretty smoothly in this interesting space drama. Though every drama needs some mystery which in this case seems to be some weird martian hallucination activity. This aspect is strung along with clues and a form of enigmatic purpose that provides a needed kick to an otherwise long journey into space. As they state, 6 years is along time in which the crew have plenty of time to develop as charcters..well at least on screen. Though the crew seems to be in the dark as of the true nature of this mission. This also introduces a purpose within a purpose conspiracy aspect that takes the shows forward with some intrigue basis. Did I mention the show takes place in year 2052? Geesh I hope we as a planet have made further progress before 42 years from now.

The DVD completes the season with the mystery elements answered. As of this review, I don’t believe a follow up season 2 is planned, which is a shame as much of these programs have a way of growing on you. Livingston provides a strong talent inclusion that feels just right for the series. The DVDs also contains 5 never before seen episodes which is a clever move for fans of the series.

The move being….. some closure to an unfinished season. Lucky for us, when networks cancel a show that we still can have some closure in the form of sets and extras. This isn’t the first that pulled this move and wont be the last.

I believe for the $ you get a really good show for show script presented that combines the scifi on a modern level and throws in some romance tensions to boot. I admit I missed the entire production when it was live, though that doesn’t mean its still too late to be a past tense fan. Now if they could only give this treatment to the MIA TV series “the Others” I’d be complete. 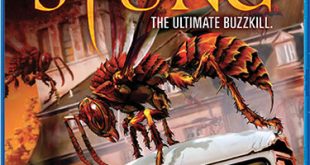