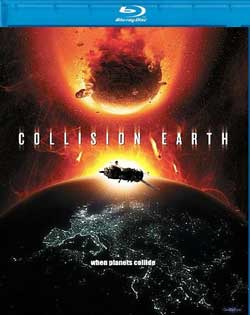 A maverick scientist discovers that the planet Mercury has been knocked off its normal orbit by a wave of magnetic energy and is now headed towards Earth.

A TV movie made for the SyFY channel this provides ninety minutes’ hokey fun in an endearingly old-fashioned way. More than anything it reminded me of a Saturday morning serial, what with spaceships, meteors, super-computers, missiles and a nick-of-time climax.

The film opens on board the Nautilus, a US spacecraft on a monitoring mission to Mercury. While performing a routine manoeuvre a sudden wave of electro-magnetic radiation emanates from the sun, engulfing the ship. Back on Earth, former government scientist Dr James Preston (Kirk Acevedo, from BAND OF BROTHERS) is giving a lecture to a half-filled theatre. He warns of the threat to Earth from asteroids – apparently there are thousands of these things up there “And they are just the ones we know about”, the good doctor explains – and urges those present to contact the government to demand the resurrection of his mothballed Project 7, an amazingly sophisticated deflection system designed to offer protection against this very threat. 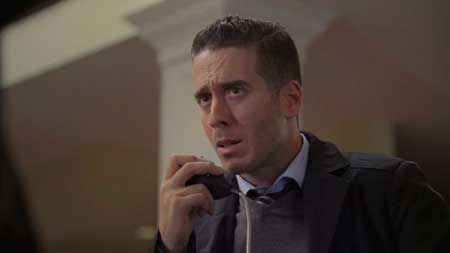 At the end of his lecture, Dr Preston is approached by a federal agent who informs him that contact has been lost with the Nautilus – it transpires that Preston’s wife Victoria (Diane Farr) is one of the three-man crew. Dashing home, Dr Preston calls former colleague Jennifer (Catherine Lough Haggquist) who still works on the government’s space project. Evidently Preston left on bad terms and Jennifer warns him that if her boss Edward (Andrew Airlie) finds out they are still in contact then Preston could end up in a lot of trouble. While Preston is still on the phone his computer begins downloading reams of scientific data; Preston confesses that he has secretly – and illegally – been monitoring his old Project 7 and it has suddenly sprung into life. 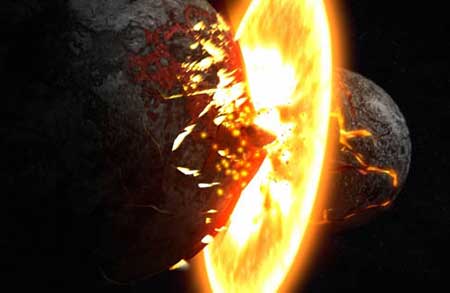 As it turns out, the sun was briefly magnetised when struck by a magnetised meteor. This had the effect of sending out a massive burst of electro-magnetic radiation which knocked Mercury out of its normal orbit and on to a collision course with Earth. Preston thus finds himself with a two-pronged dilemma: how to convince the government to bring Project 7 back online in time to save the Earth from destruction and at the same time how to help his wife bring her stricken spaceship back home. Along the way, Dr Preston is aided by his geeky friend Matthew (Andrew Greydon Reid) and two university students (Chad Krowchuk and Jessica Parker Kennedy) who have accidentally established contact with Preston’s wife via their pirate radio transmitter. 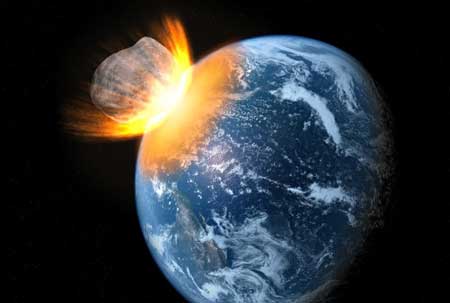 I’m not ashamed to say that I found it hugely entertaining. There’s always something going on and the action is kept at a frantic pace to divert your attention away from the fact there are only about three different locations and that there’s an awful lot of pseudo-scientific mumbo-jumbo in the script. It’s the kind of film where everyone says “online”, “upload” and “uplink” a lot, in the hope that it sounds high-tech. Having said that, as a total science duffer it all sounded perfectly plausible to me and it makes a change to see a film where the hero is heroic by virtue of his intelligence and invention, rather than his bloodlust. 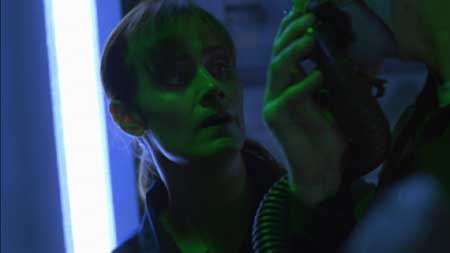 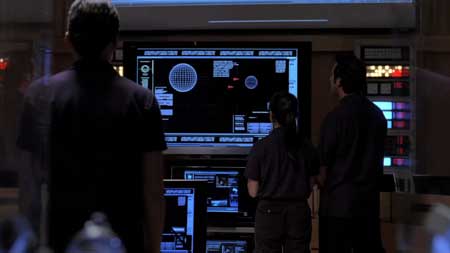 The acting is much better than is normally the case in these low budget TV movies. Kirk Acevedo is a talented actor who sadly seems destined to appear exclusively on TV but here he gets a rare leading role and gives it his best shot. The supporting cast too is right on the money, with Andrew Airlie giving us a great hissable villain (even though he too is trying to save the world) while Krowchuk and Kennedy make an engagingly goofy pair of students caught up in a crisis they can barely comprehend. So next time you’re thinking of watching ARMAGEDDON or DEEP IMPACT for the umpteenth time I respectfully suggest you consider giving COLLISION EARTH a try instead. 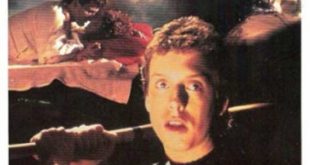