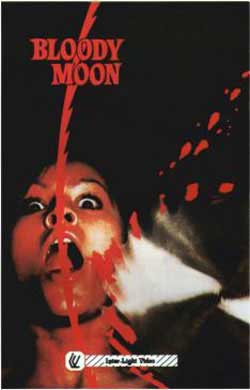 Women at a prestigious boarding school are stalked and murdered one-by-one by a mysterious masked killer. Is Miguel, a disfigured (and mentally disturbed) young man that killed someone in the past responsible for the brutal deaths or is someone else behind them?

I’ve seen a ton of Jess Franco’s films and while some people may not care for his work I have always dug it personally (it is an acquired taste and admittedly not for everyone). While most of his stuff is pretty damn sleazy and trashy (in a good way) I was surprised by how tame and somewhat highbrow Bloody Moon was in comparison. Don’t get me wrong, it is still pretty damn violent and isn’t really a movie that you would want to watch with your grandmother but it is a little more intelligent and serious than a lot of his other films. I really dug it and thought that it was one of his best movies for a number of reasons. It is a nice little slasher flick with a little giallo thrown into the mix and the results are pretty impressive. 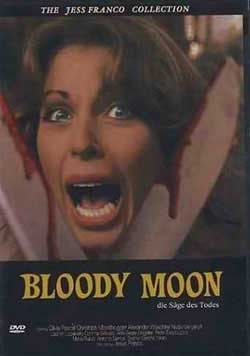 I thought that it had a pretty intriguing plot. It may sound simple-and it is-but it works and held my interest. Nobody will ever say that it is groundbreaking in its originality or anything but that’s okay. It’s a fun little slasher film that also works as a mystery as well and I had a great time trying to figure out who the killer was before everything is eventually revealed. It is obvious that screenwriter Erich Tomek was heavily influenced by other horror films such as Halloween as Bloody Moon does have some similarities (especially when it came to Miguel and his whole back story) as well as the works of several Italian directors like Fulci, Bava, and Argento when he was working on the script. I have always been a fan of giallo and even though Bloody Moon may not technically be your standard giallo film it definitely has some elements from that genre. If you ask me I think that it is a great combination of your typical slasher flick as well as most giallo films and if you are a fan of either genre then this movie is for you. 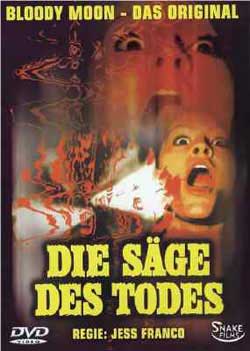 I also enjoyed the fact that we don’t know who the killer is and I had a blast trying to figure out the person’s identity before everything was finally revealed toward the end of the movie. There are several red herrings and while some are more obvious than others I still had fun trying to guess who the real culprit was. I hate to admit it but I was totally wrong and was actually a little surprised once the revelation is finally made (I was certain that it was one of the other characters but was totally wrong). I always love having a little mystery thrown into the mix in my horror films and I wasn’t disappointed this time around. Some viewers may be able to deduce the identity of the killer pretty quickly while others won’t, but regardless I am sure that most of them will have a great time trying to guess correctly (I know that I did). 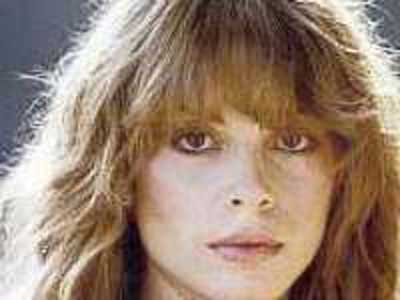 Did I mention that there were some pretty cool death scenes in Bloody Moon? We get a pretty decent body count and most of the death scenes are realistic-looking and pretty damn brutal. In addition to several painful-looking and bloody stabbings we are also treated to an old lady getting set on fire and a little kid being mowed over with a car. My favorite death scene though is without a doubt the one that involves someone being decapitated with a big industrial saw. The scene is suspenseful as hell and goes on for a while and I loved the fact that there is a point where you think that the person may actually survive the situation as someone intervenes and attempts to save her. Thankfully though she is only spared from a painful and gruesome death momentarily as seconds later she meets a pretty nasty fate and the results are mighty impressive. Bloody Moon lives up to its name as several gory deaths take place during the film and being a gore hound that loves his blood and guts I was very satisfied after everything was said and done. 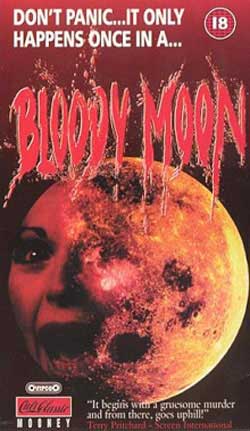 Bloody Moon is a fun little movie and I thought that it rocked. For some reason it doesn’t get the love that it deserves and I think that this is a shame as it really is quite good and worth a look. Franco definitely delivers here and I think that it has a little bit of something for every taste. It has an interesting premise, some likable characters and some awesome gore so I’m not sure why more people aren’t into it. Check it out if you get the opportunity to do so, you won’t be let down.