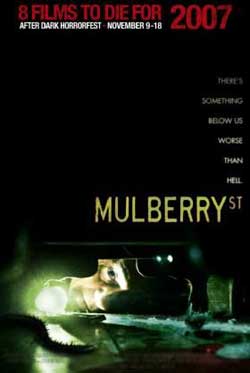 A mysterious virus creates pandemonium as it spreads through the Big Apple in this eerie creature feature that gives new meaning to the term rat race. On a scorching day in Manhattan, the denizens of a tumbledown tenement on Mulberry Street grouse about the heat, but as night falls, they find themselves battling a horde of mutants turning powerless New Yorkers into a bloodthirsty new species. Nick Damici, Kim Blair and Bo Corre star.

After Dark Horrorfest (also known as 8 Films To Die For) is an annual festival that began in 2006, highlighting independent genre movies that would have otherwise been delegated to the dusty shelves of the local rental shack, doomed to the Hell that is obscurity.  It was an inspired concept, giving budding film makers a platform to present their crafts, and I was excited to see what the future of horror had in store for me. 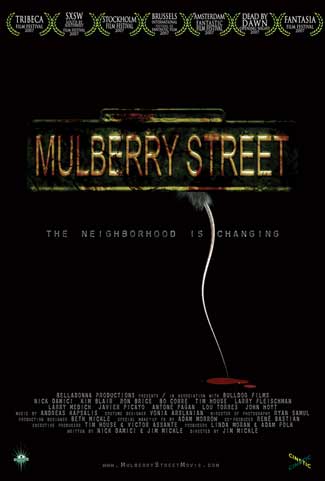 My introduction to the After Dark world was “Penny Dreadful,” an original concept that devolved into a pedestrian slasher flick, marking it a bit of a disappointment.  Still, it was well-produced and boasted eerie atmosphere to spare despite its many flaws.  Unfortunately, I then made the monumental mistake of renting “Nightmare Man,” a train wreck that I have forcibly etched into memory as both a punishment for allowing my girlfriend her pick of the litter (“Ooh, the artwork on the front looks cool!”), and as a reminder of how not to make a fright flick should the opportunity arise.  In the case of those behind “Nightmare Man,” the first and only step on any to-do list should be, “Never make a movie.  Ever.”  No hyperbole intended, it is one of the most brutal cinematic brain beatings I’ve suffered, and I remained leery about the After Dark entries evermore.

Until yesterday.  Though the plot synopsis reads like it would have to be the most miserable of the bunch, “Mulberry Street” is an ideal example of what can be done with a small budget, and amongst the better zombie flicks in years.  Similar to “28 Days Later” in style and tone, it could almost serve as a prequel to Danny Boyle’s modern day masterpiece, if his infected were plagued by an unknown virus transmitted through the city’s rat population.  The afflicted would also have to slowly acquire the characteristics of the rodents as the sickness took effect as well, sort of like living dead were-rats.  As I’d stated, breaking “Mulberry Street” down into a condensed statement makes it sound like utter garbage.  Trust me, it is anything but. 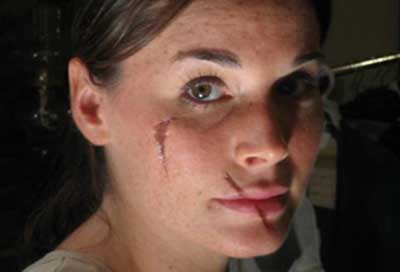 Director Jim Mickle establishes a sense of character and location with such gritty authority, it’s shocking to learn that this was his debut.  Taking place on the titular street at the lower income end of Manhattan, we are introduced to an intimate group of tenants who are facing eviction from their dilapidated apartment building.  As isolated stories of rat attacks within city limits occupy the televisions and radios constantly droning in the background (another touch of realism), our leads go about mundane daily routines.  Clutch (Nick Damici, who co-wrote the screenplay with Mickle) is an ex-boxer with eyes for single mother Kay (Bo Corre), who lives upstairs from him.  His best friend is the effeminate Coco, played by Ron Brice from arguably the most powerful piece of celluloid from the 90’s, “Fresh.”  In a compelling subplot, Clutch’s daughter Casey (Kim Blair) is trying to make her way across the island back to her father after being released from a veteran’s hospital, bearing both physical and emotional scars from her time overseas. 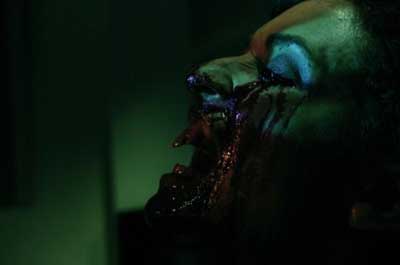 The surrounding violence quickly begins escalating, and soon residents of the block are displaying erratic behavior.  Building superintendent Ross (Tim House), after being bitten by a rat when toiling in the basement, finds odd hairs sprouting from his body in a scene presumably more reminiscent of “Teen Wolf” than Mickle and company had intended, but creepy and effective nonetheless.  The initial attack to victimize the cozy neighborhood occurs at a dive bar where Kay is employed, and “Mulberry Street” never lets up from that point on.  The leads must band together to protect themselves and each other from the marauding creatures, and the camaraderie they portray is a revelation.  It’s also a heart breaker.  I’d grown so very close to this ragtag team of misfits in the opening scenes, I found myself crestfallen for the first time in ages by the trappings of horror conventions.  I knew they all couldn’t possibly survive. 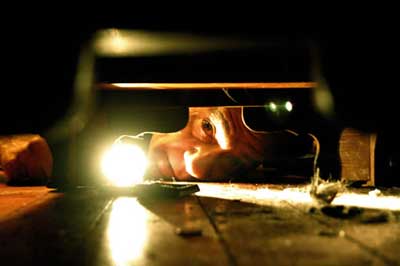 The visceral action sequences, though inducing flashbacks of countless zombie films that had come before, is frenetic without ever crossing the boundaries of believability.  Casey’s story is exceptionally executed, as she is forced to cover miles of ground on foot, running and hiding from the infected hordes.  Her attempt to silently procure a truck as a rat person feeds on an innocent in the back is intense and terrifying.  Blair is outstanding in this supporting role, focused in her singular goal whilst never losing the glaze of past atrocities in her eyes.  When she and Clutch are reunited in the one moment “Mulberry Street” allows the viewer a breath in its second half, you would have to be made of stone not to be taken aback by how much you care.

The make-up effects are every iota as established as the rest of the production, though the low lighting certainly helps to cover any possible flaws.  Their purpose is clearly that of a gimmick, to set “Mulberry Street” apart from billions of other zombie sagas that are currently polluting Netflix queues across this great nation, passed up nearly every time the movie urge arises because one jumps to the sound conclusion that they’re no different than the others.  For every “Dead Snow” or “Zombie Honeymoon” (a guilty pleasure, but a true original), there are hundreds of “Zombie Nation” travesties (I hate you, Ulli Lommel) lurking in the shadows, ready to pounce. 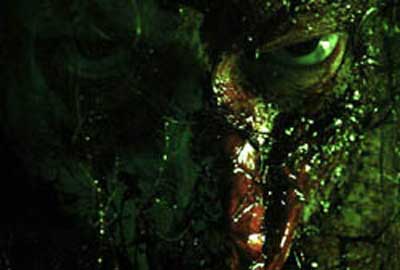 So allow me to perform my favorite civic duty the moniker of film critic entails, fellow horror fan, and bring you news of a sure thing.  “Mulberry Street” is a gripping little thriller, wonderfully acted and skillfully directed.  It had a second release under the insipid title of “Zombie Virus on Mulberry Street” in 2009 in an obvious bid to boost the stoned teens on a Friday night demographic, but rest assured it is the exact same movie.  They didn’t even bother to alter the credits, merely the packaging in this lame attempt at further marketability.  I may find my future self seeking out other titles released under After Dark Horrorfest.  After all, I now know that they can’t all be bad.  In fact, they could even be great.