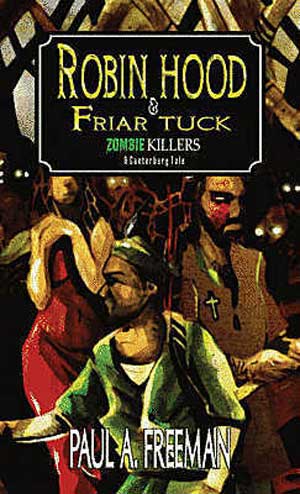 “The spell upon the guards was broken when

The first of them was slaughtered like a hen

Whose neck upon the chopping block gets thwacked.

On either side a shambling maid attacked

And plunged her chomping teeth into his throat,

Ere worrying the flesh as would a stoat.”

What to say, what to say, what to say about this book I find plopped before me like an herring for the feast? In an age where we have seen not one, but two refurbishments of classic Jane Austin tales with the much needed addition of Zombies and Sea Monsters, it is clear that no classic is safe from our modern fears. Unlike some purists, I think this is a good and very necessary thing. Works of art do not only exist on the page, but in the space between our ears where they get to interact with all of the individual baggage we have accumulated over our lives. This is what allows work from centuries past to remain relevant. But the reader needs a touchstone, something they can readily relate to for this process to occur at all and this reprocessing of texts helps to provide that. Yay on the brave authors attempting this and a flying middle finger to those who bitch way too much.

We all know who Robin Hood is, right? He’s the cartoon fox from that Disney movie. Or Kevin Costner. Or Cary Elwes. If you’re old enough, he’s Errol Flynn. See where I’m going with this? Paul Freeman is not the first to play around with this grand image of egalitarianism that keeps resurfacing during times of economic trial and tribulation. He just took the jolly pilferer and threw him at some Zombies. As may have been told by Chaucer if it had been included in Canterbury Tales. In Chaucerian Sonnet form, no less.

If you haven’t turned away in disgust yet, then you may enjoy yourself with this one. If you have, I am sure Paul knew from the outset that this type of thing would only be appreciated by a very niche market.

The story itself is fairly simple: Zombie’s are running amuck in Sherwood Forest, Robin Hood and his merry band fight them. The fun, as always, comes in the details. Freeman makes use of the social attitudes and prejudices of the assumed time of Robin Hood as well as the backdrop of the crusades as an integral part of the conflict. Friar Tuck is no longer just another drunkard monk, but is a righteous man incensed at the horrors wrought in the name of his god upon the innocent during this bloody incursion to “save” the holy land. The zombie plague itself is a kind of revenge for those crimes, following the perpetrators back to their home in England and threatening to destroy everyone there for the sake of greed.

If you want to get super-geeky about it, then you can follow this focus into a discussion of current problems. I’ve said numerous times in the past that the most recent generation of Zombie fiction seems to be used as a metaphor for our view of terrorism. They can be anyone, just like us, who has been converted to an absolute, unreasonable and unreasoning hatred for who and what we are. There is no arguing with them, no debate and no quarter given whatsoever. Worse, for every one that falls, ten more seem to rise up. Whether or not it is true, this is the image that many of us in western culture have of terrorism and it is exactly what is portrayed in zombie fiction. With that in mind, we can see Paul exploring the roots of terrorism in the past of our own society: imperialism, mercantilism, racism, bloodlust and just plain old greed have all overshadowed the history of Western nations’ relationship with those of Islamic tradition.

But keep in mind that this navel gazing and armchair sociology is occurring beneath and behind a whole mess of undead carnage. It IS a zombie novel, after all. Expect lots of death, destruction and blood, blood, blood. Everywhere.

On the downbeat side, the rhyme scheme is a tad distracting at times, lacking the smooth transitions needed to draw us along past the line breaks into a natural flow. I’m not saying that I could do it any better, but it took me out of the story more often than I wanted. Paul simply has to keep in mind that once you attach yourself to Chaucer, there are few ways that you can look good in comparison. Also, he didn’t stick to Middle-English with all of the kuh-neefs of the kuh-nikts jabbing nether ye-en.

For those of you who have been jonesing for newly risen cannibalism in formal poetic format in medieval England… you’ll have a great time. Everyone else ran away once they saw the title.