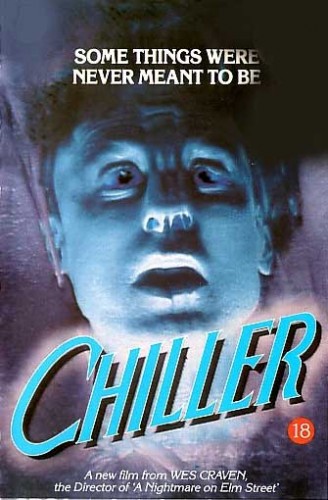 SYNOPSIS:
“Corporate executive Miles Creighton dies, and is cryogenically frozen in the hopes that he can be revived. Ten years later, the procedure is a success, and Miles returns – without his soul.” (courtesy IMDB)

REVIEW:
Welcome To The Wooorld Of Tomorrow! as corporate executive Miles Creighton is cryogenically frozen for ten years until a suitable liver transplant is found and revive him. Unfortunately, his priest informs him his mind and body have been reanimated, but his soul – well, his soul is gone – forever! Isn’t a Get Well Soon card more traditional? Read on, if you dare, as cult horror director Wes Craven attempts to break into the glamorous Made-For-Television movie market with a 1985 chiller called…Chiller (1985)! Talk about generic labeling! What do I think is the best part of Wes Craven’s Chiller? I like the introduction title sequence, maybe because it was inspired by the John Carpenter film The Thing (1982), as was the blood test they used in The Faculty (1998). Did I say inspired? I meant to say ripped-off. 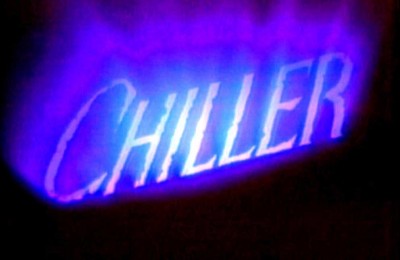 Through no fault of actor Michael Beck, Miles is just a generic unfeeling monster. It doesn’t work well for a television movie because it’s too restrained. He doesn’t really kill anyone. His worst crime involves forcing an old man to walk up a long flight of stairs and suffer a heart attack. The fiend! I wouldn’t want to give away any important plot points, of course. Just pretend I didn’t write that. I know, I’ll discuss the actors instead. Beck is probably best known for playing gang-leader Swan in the excellent cult action film The Warriors (1979), probably the high point of his movie career. Low points in his career include playing Sonny Malone in the musical roller-flop Xanadu (1980), and Lieutenant-Commander Dallas in the action roller-flop Megaforce (1982), which was so bad (how bad was it?), it was so bad he received a Razzie nomination for Worst Supporting Actor. He couldn’t even win that. But more recently he can be spotted in television shows like JAG, Robin’s Hoods, as the Mars-born terrorist-turned cyborg assassin Abel Horn in the Babylon Five episode A Spider In The Web, and in Walker Texas Ranger, because you just don’t say no to Chuck Norris. 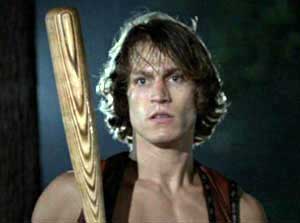 Not so promising so far, but then we have Jill Schoelen‘s sweet face to look at, so even if your intelligence is insulted your eyes won’t be. Jill is much loved not so much for her movies but for her looks. In one Psycho (1960)-inspired scene, Miles is seen Peeping-Tomming…is that a word? Anyway, he takes a shufty at Stacy through a hole he drilled while she undresses. I can’t fault the man for that, really. I’d probably be drilling a hole of my own, if you know what I mean, and I think you do. Jill can be seen in other schlocky efforts like DC Cab (1983), The Stepfather (1987), The Curse II: The Bite (1989), Cutting Class (1989), The Phantom Of The Opera (1989), Popcorn (1991), and the sequel to When A Stranger Calls (1979), the cunningly titled When A Stranger Calls Back (1993). Her roles in more than half-a-dozen low-budget horror films has earned her a minor cult following and raising her to the status of scream queen. Speaking of queens, Jill Schoelen also dated Brad Pitt for a while. They were engaged for about three months, but then she broke off the engagement for The Phantom Of The Opera. I guess the best man won.

It would be terribly amiss of me not to mention respected character actor Paul Sorvino as Reverend Penny, whose impressive career includes the cult film Where’s Poppa? (1970), Day Of The Dolphin (1973), Oh God! (1977), Cruising (1980), The Stuff (1985), Goodfellas (1990), The Rocketeer (1991), and was frighteningly convincing as Henry Kissinger in Oliver Stone’s Nixon (1995). Sorvino also became a favourite of Warren Beatty’s, and can be seen alongside Woggles in Reds (1981), Dick Tracy (1990), Bulworth (1998) and far too many others. He also fathered (possibly with Warren Beatty) award-winning actress Mira Sorvino. 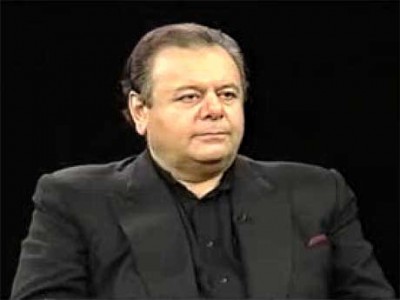 In Chiller, director Wes Craven uses a sledgehammer to make the connection between Miles being emotionally cold with being physically cold as well. For some reason Wes thinks being cold and dead make you a heartless bastard, but that’s just retarded. The metaphor is threadbare as it is, and he drives it into our heads as if nobody would be able to pick up on it on their own. Give us a little credit! Over the last three decades Craven has become an efficient, dependable film-maker who is obviously comfortable behind the camera, but there’s no flair, no style, and very little imagination when it comes to horror. Freddy Krueger is really his only memorable contribution to the genre. Everyone’s entitled to one good day. 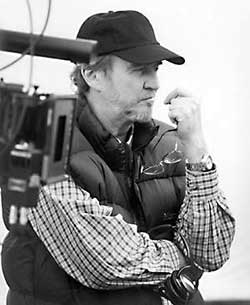 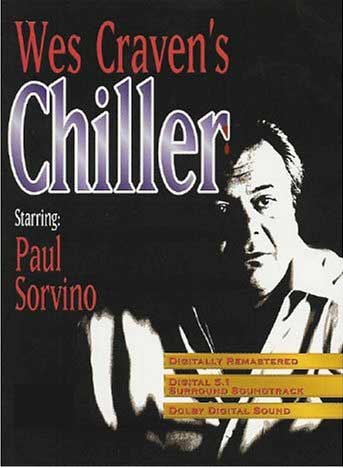 At first, Miles seems to be just your average sociopath who has no regard for anyone but himself. Then for the finale, his eyes suddenly become demonic and he’s got super-strength, lifting cops off the ground with one arm, and all that. My guess is that Wes Craven thought Miles just wasn’t evil enough and made a last-minute decision to make him seem ‘otherworldly’ for the ending. It’s these kinds of efforts that gives Made For Television Movies such a bad reputation. Both acting and direction are rather pedestrian, at best. Cold, you might say. Anyway, please join me next week when I have another opportunity to make your stomach turn and your flesh crawl with another lusting, slashing, ripping flesh-hungry, blood-mad massacre from the back side of Hollywood for…Horror News! Toodles!