What do Osama bin Laden, Saddam Hussein, and Barack Hussein Obama have in common? … question everything.

I don’t claim to know the answers and honestly I don’t even really know the questions. I’m just a small gear in the media engine and this is my small contribution to freedom of speech. You don’t have to agree with me but you know I’m right.

The X Files was a popular show that made a few people think twice. The Truth is Out There… It’s a tag line that is still very relevant today even though the series is long gone. Oh, but it’s just a television show and nothing more. Honestly, do people really believe in UFO’s and Aliens? Well, reality is reality right now… but reality is fiction before it is realized. Science Fiction is a thing of dreams.

It’s a way of hope for the future. It’s a glimpse into the future. Joe Everyday walks around and doesn’t think twice about UFO’s and Aliens.. why would he? It’s just a thing in the new blockbuster hollywood Sci Fi movie and that’s where it stops. You only know what you know, right?

If you’ve never seen it, why would you believe in it, right? Are the thousands of people who report UFO sightings just crazy or fakers? I don’t know, but you have everyone from the guy next door to some of the most well respected people in our government saying, it’s true!

You see, for the people who have see it and for those who have had close encounters, it’s very real. It doesn’t get more real. Everyone starts out not knowing and most of us will never know, not really. We will walk through our lives with blinders on and will never know anything and never see anything. But… there are some of us who walk through life with our eyes WIDE open and we can see it all. We see things for what they really are… the uncomfortable truths. You don’t need to see an Alien to know it’s real. Jesus Christ? I’ve never seen a UFO or an Alien, but I write his column with an absolute respect for the subject matter. I’ve talked with people who have been researchers for years and are devoted to the cause. I look forward to bring their stories to life in the coming months here at Unexplained Confidential. January 9, 2010 – Newtown, PA : A row of lights first hovering, then slowly banked just above tree level. Then went away from me and disappeared. MUFON Case # 21415.

You can find out more information on what’s new with UFO sightings in 2010 by checking out www.aliensthetruth.com/

The Library of Congress current total number of films in the National Film Registry is 525. They add 25 films each year as cultural, artistic, or historic treasures and preserve them. Among the films this year, are two of my favorites, Dog Day Afternoon (1975) and The Muppet Movie (1979). This prompted me to look at the entire film registry in search of horror movies. You’ll be happy to know that horror films are represented decently. I had never really looked this up before so I wasn’t sure if our genre classics would be snubbed or not. It got me thinking that it would be awesome if we had a horror film registry, what are the films that you would preserve? I’d love to hear from you guys on the subject. Now, I’m not going to list the choices already listed in the Library of Congress. The question is, what else? What did the Library of Congress miss out on?

Hope everyone of my horror friends had a great holiday season. We are off and running in not only a year, but a brand new decade. Enjoy horror… that’s all you need to do. 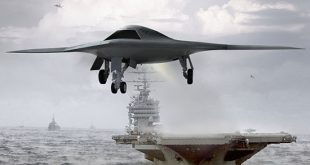 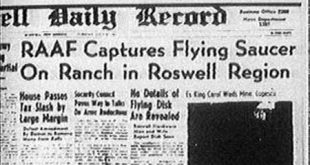