Our world, our universe, may not just be by itself. We might be just one of many parallel universes. It leads to the possibility that when you make a decision, there’s another you who made the opposite decision in a parallel universe.”
– Dr. Ronald Mallett, professor of physics at the University of Connecticut The Grandfather Paradox is one of the most famous paradoxes associated with time travel. Suppose you go back and do something like preventing your grandfather from meeting your grandmother.

No parents. No you. How could you exist and go back and change the past? Now, according to the theory of parallel universes, for each and every decision that you make another parallel universe is created.

If you apply the parallel universe idea to time travel, what it means is that the instant you arrive in the past you’re in the split. A new universe. You could prevent it, but in that new universe, you may never have been born into it.

H.G. Wells Time Machine. Is it really a piece of science fiction or could it be guidelines to some real possibilities that will map out our future… and our past? Einstein’s “General Theory of Relativity” is the theory of gravity. That’s where it starts when you connect gravity with space and time. Whatever you do to space also happens to time, that’s the basis of Einstein’s theory. If you stir space strongly enough, time, connected to space, it will actually twist that timeline into a loop . Dr. Ronald Mallett, professor of physics at the University of Connecticut, is studying how we can use that to send information back in time in a binary code.

His work or focus isn’t sending people back in time. It’s sending information back, which could be even more important. But here’s the big problem. The information being sent could only go back in time as far back as there’s a device to receive that information, and that device wasn’t around in the days of our grandparents. It will only be around when Mallett’s Time Machine is created and turned on. We won’t be able to communicate with those who went before us, but if Mallett’s research is correct – our descendants will be able to communicate with us.

In the world of science fiction and horror, we’ve seen time travel brought to us by everyone from Dr. Who to Dr. Emitt Brown. The Flux Capacitor doesn’t seem all that far fetched now, does it? Theoretically, a real time machine could help prevent disease and disaster. In a grand scale, the creation of such a device could save our planet from whatever awaits us in 2012 or whenever the end of the world might be. Well, I won’t get too much into that. Instead, I’ll leave that up to Somsac and the Countdown to 2012. I just hope in the end we are not overtaken to talking apes. Damn dirty apes!

Now, the concept of a time travel is one thing but to undertake such a mission needs mega funding which up until recently may have seemed impossible for Dr. Mallett to raise. Ah, but in Hollywood nothing is impossible. Spike Lee, who teaches film at NY University, was recommended a book by Mallett by a few of his students. Fast forward… into the future, now Spike Lee & Dr. Mallett are partnered in a project called Time Traveler. The contracts were signed this past June with a script is currently in development. They are hoping that once the movie of Mallet’s work is out there, it will get the attraction of investors who will help fund his research. I hope this movie is done well and makes you think. I’m going to recommend two movies that are good and challenge the fibers of time and space. “Time After Time” is a movie that i’ve liked for a long time that follows Jack the Ripper to present day. “The Philadelphia Experiment” is another film, based on urban legend of USS Eldrigde incident from 1943, that sends a military crew through a time vortex to 1984. I’ve been thinking about “time” and how none of us have enough of it. I know I certainly don’t have enough time to devote towards work, family, and my horror obsession. If I could manipulate time, how would I use it and where would go? I’ve come up with a list of horror related events that I would go back in time to witness and experience:

– 1888 – the Jack the Ripper killings of Whitechapel

– 1970’s The Exorcisms of Anneliese Michel

News Flash : CNN reporting fire in the skys of Texas.

News 8 Austin photographer Eddie Garcia talks to Naamua Delaney about what he saw in the sky over Austin this weekend.

This definitely falls under the catagory of The Unexplained. Now, Obviously this is credible footage as it’s from a news professional, therefore it’s being taken seriously and as stated in the video currently being reviewed by NASA. My question is, they can obviously gage about where the falling fire might have hit so when are we going to find out what was found? This looked like an object of size, so I imagine it shouldn’t be that hard to find. I mean, hundreds of reports came in about this fireball. It hit down somewhere. Someone knows where it hit down, but I haven’t anything about that yet. Are we looking at another crashed UFO? Another Roswell? This is all pre-mature speculation, maybe?

If anyone wants to discuss this or voice opinions, please contact me at joyhorror@msn.com

WE WANT TO HEAR FROM YOU NOW!!! 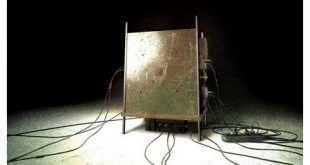