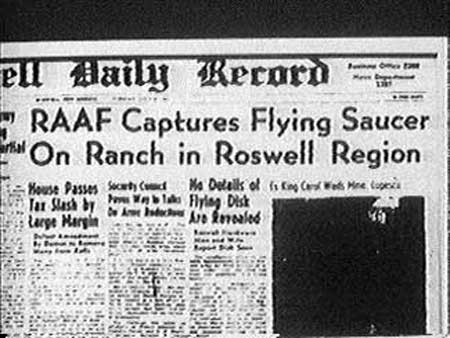 UFO traffic and interest is at an all time high!

In the past few years, the number of exhibits, conferences, meeting groups and more has risen to an all time high. The UFO Society has been monitoring the traffic online, sighting reports and more, and has noted a radical upswing in the amount of interest in the subjects of UFO’s, aliens, aliens living among us and other similar subject matter.

When we look at the number of radio talk shows that focus on the subject today verses only 5 years ago, there is a dramatic increase in online and on air content, and some of the hosts of these shows are appearing on major network shows as guests.

We have seen UFO related stories on all the major networks and cable networks, and when we see events like the recent Russian meteorite or the Blue Spiral, the first comments from the public seem to ask if we are experiencing alien or UFO activity. The media referred to the Russian incident saying it was a comet or meteorite, but almost immediately on sites like youtube, comments from users were asking, “how do we know what it was, and why is there no actual meteorite present?”. So the thinking of the average person is slowly gravitating away from the immediate harsh judgement of the subject, and is changing to a more accepting tone. In the past, we saw major politicians lose elections, simply because they said they saw a UFO, now it seems that mainstream TV is okay with the idea of broadcasting shows about UFO’s, Aliens, Paranormal and other out of this world content. The Morgan Freeman show, “Through the Wormhole” has also covered the subject. We have even seen a traveling UFO exhibit that is taking the subject quite seriously.

So what does all this mean? Well if you are a conspiracy theorist, you probably think this is more brainwashing and conditioning from the Government. If you are a UFO enthusiast who is more interested in research and looking to the stars for answers, this is the best time for you and others like you as the European Space Agency and others are spending billions looking at ways to achieve deep space travel. In California, a 3 Billion, yes that’s Billion with a B, Dollar grant has paved the way for a research group to try and create a “mini Sun” here on Earth, as a power source, and the idea that it could power a craft for deep space has been discussed. You might think this is nonsense, but it’s and easy story to find online, and yes it is really happening. So if we as an advanced race have the idea in mind that we want to visit other worlds, what would a race even more advanced than ours be up to? The odds are, they are doing or have done exactly what we are doing, unless they are not at all curious about what is around them in space, but that seems quite unlikely. If you are interested in the subject, there is an unlimited amount of data online and you can easily find the previously mentioned shows on cable TV. If you see something flying through the air and cannot identify it, what do you do? We suggest reporting it to one of the many agencies that track and record the data. For more information, you can go online and find ufoexperts.net and send content or ask questions.