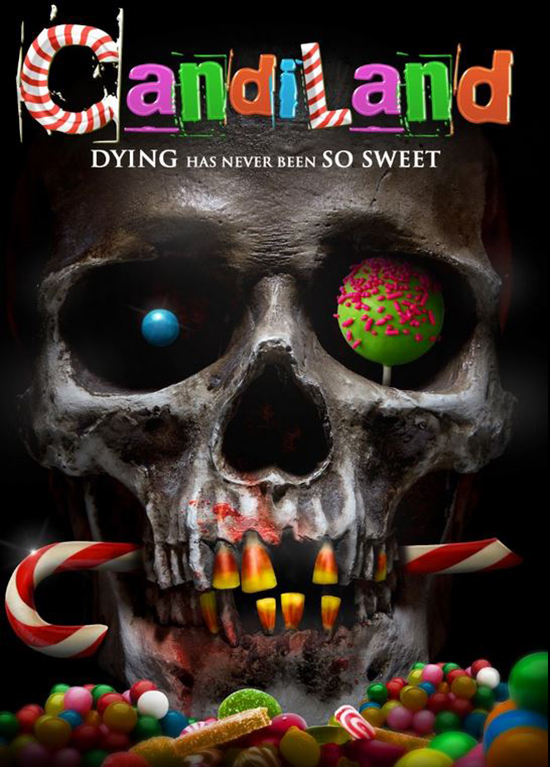 Struggling to rebuild their lives, a former tennis star and a recent divorcee decide to isolate themselves from the world in a quest for true “oneness”; as their affair descends into savagery, his father must fight to save them before they disappear completely into madness.

Candiland is based on the novel “Candyland” by Elizabeth Engstrom.  I haven’t read  the book, but if it’s anything like this film, it’s got to be wild.

Tess (Chelah Horsdal) and Peter (James Clayton) meet in a bar, after both receiving monetary settlements, and literally become inseparable.  They think that through each other, they can somehow discover true oneness and unconditional love.  So Tess and Peter lock themselves away from the rest of the world inside Peter’s apartment.  At first, things are great  and the two can’t seem to get enough of each other. They have groceries, meals, sweets, and anything else they desire delivered to the apartment and spend a lot of time in bed. They have long, deep conversations, until Peter gets tired of Tess talking about her ex-husband. Having just been through a divorce, it seems like she’s not quite completely over him yet.  Peter also likes to talk, maybe too much, about his failed tennis career that came to an end after a car accident. Peter’s father Arnie (Gary Busey) is very controlling and doesn’t like that the two have secluded themselves inside Peter’s apartment.  Arnie calls Peter constantly, and when he doesn’t answer, his answering machine announces “God calling” and takes a message.

Arnie starts a new romance and nearly drives his girlfriend insane by obsessing over what Peter is doing. When Arnie can’t reach Peter by phone, he shows up at his apartment and demands to be let in, only to be told to go away by Peter. Peter has a lot of anger towards his father regarding his mother’s death and just wants some peace and quiet and to focus on only Tess and himself.  Once the two decide to stop discussing their recent losses, they are able to better concentrate on their relationship. What seems to start out as a sweet romance quickly turns into a horrible nightmare that is their new reality.  Even though this is a low budget film, I found the acting to be really good.  Playing the two neurotic leads couldn’t have been easy and the actors reel you into what the characters are experiencing, no matter how bizarre it is.  Gary Busey was highly entertaining as Peter’s father Arnie, who is crazy in his own special way.

As mesmerizing as it was to watch the characters in this film, I found myself feeling a sense of increasing creepiness and unease, as the two descended into a kind of madness that was difficult to look at. As Arnie makes more attempts at contacting Peter, he only succeeds in pushing Peter farther away and Peter becomes depressed. Tess doesn’t seem to notice at first, until she realizes that he has stopped eating. Tess tries to talk to Peter and convince him to eat, but he only retreats further inside himself. James Clayton, who plays Peter, lost 55 pounds for his role and it was painfully obvious. As dangerous as doing something like that is for an actor, I applaud him for his dedication to the role.

Arnie even tries calling the police to force Peter to let him in and to take care of himself, but it doesn’t work. Even though Peter won’t talk to him, Arnie knows something terrible has been happening to Peter since he and Tess locked themselves inside the apartment.  Eventually, Tess starts to feel like Peter’s lack of communication with her about what he’s going through is ruining their relationship.  She tries to leave, but Peter stops her. 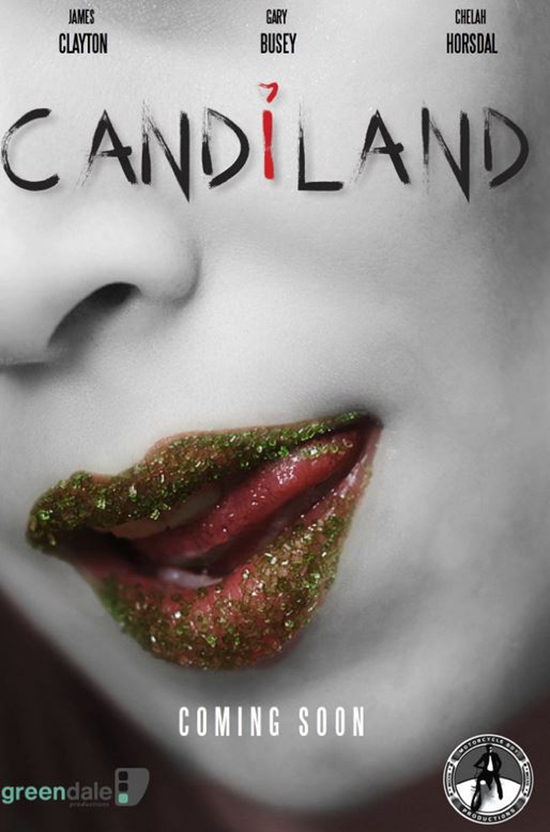 By the time Tess gets Peter to open up to her again, it is too late for both of them to save themselves. They have taken the seclusion from the world and search for oneness too far, and there is only one way out for them both. I honestly wasn’t too sure about this film shortly after I started watching it, but I did get sucked in by the characters, and how good the acting was.  I applaud the director for even attempting to document this very twisted love story. Well done.