Home | Hellraiser: How can the series get back on track? 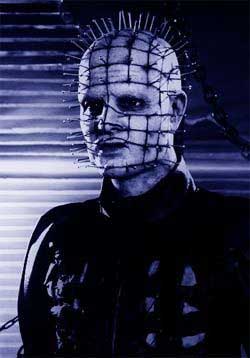 Hellraiser: Revelations, the ninth movie in the series inspired by Clive Barker’s novella The Hellbound Heart, has completed principal photography (in just 13 days of actual shooting time… yikes). A cut exists already, and the flick will hit DVD next year. Will it bring some fans back to a franchise that many have left for dead? Possibly. While the film was apparently rushed into production due to the impending end of the license on the property, and Doug Bradley isn’t in it as Pinhead, is there any hope that it’s going to be any good? Well, it’s been made by a fan of the series and the crew have gone for mostly practical effects. Those things are a good start, but with a tiny budget and such a short hooting schedule, fans such as myself can’t help but worry.

The other thing that is bugging us Hellraiser fans at the moment is the remake of the original movie, which has been in development for years. Now we get word that it’s apparently going to be aiming for a PG-13 rating upon release, to capitalize on the Twilight (etc) crowd’s addiction to dark fantasy. This has set alarm bells ringing, as a PG-13 rating means that pretty much every element that made the original Hellraiser so damn good will be watered down or removed completely.

I mean, come on, you can hardly expect them to replicate the original film’s ending (or indeed any scene with skinless Frank in it) in what is essentially a film aimed at children. It doesn’t work. The young audience won’t get what all the fuss is about and the older audience will be furious, or worse still, completely apathetic. So how do I suggest the Hellraiser series can get back on track?

I would suggest one more straight to DVD movie in which the DVD sequels can be ended completely, for a start. I would suggest a film that goes back to the basics of the story and the elements that were added with the second film, with an added dimension of something apocalyptic. This could be done on a small scale with a small cast, but with the right script it could be compelling and brutal without coming across as a cop-out. Aiming it at a teenage audience is a mistake, as the market is so fickle that a watered-down big screen Hellraiser will kill the franchise stone dead more than any cheap DVD sequels would.

The thing that gets me about all of the Hellraiser sequels (apart from Hellbound, which was fantastic), is that each one has some brilliant material in it, which is padded out with dross. There are some awesome ideas in each one, but the execution has always been sub-par due to the budgetary restraints and the tight schedules.

Come on Dimension, you can make us a truly terrifying Hellraiser movie, you know you can, and while it wouldn’t have the instant box-office qualities of a teen flick, it will have the longevity that will keep it selling for years to come. Think long term, otherwise the fans’ suffering will be even more legendary than that of the characters themselves.