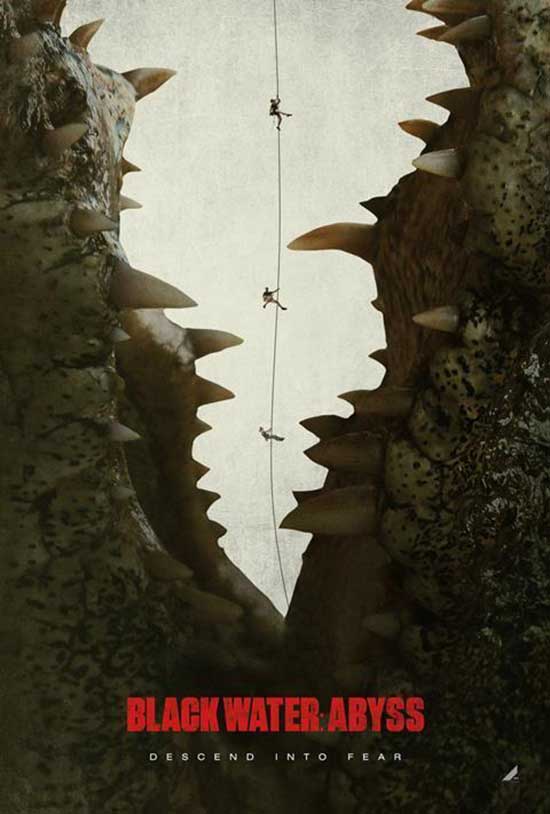 A group of five friends get stuck in a flooding cave with a territorial crocodile. Their survival depends on their ability to outwit the creature and survive their troubled relationships.

Black Water: Abyss (2020) is a stand-alone sequel to the 2007 killer croc flick Black Water. The original was co-directed and co-written by David and Andrew Nerlich, and gave a nicely realistic Open Water-style spin on the reptile in the water genre. This new entry has an equally new team behind it, with Andrew Traucki (The Reef 2010) in the director’s seat and the writing team of John Ridley and Sarah Ridley (Bite Club series 2018) tackling the script. Traucki does well with the Australian vibe and water-heavy environments he specializes in, but the script’s attempts to add interpersonal drama and non-crocodile related tension feels poorly planned, executed, and unnecessary. It also features an ending so ridiculous that it left this reviewer mouth agape.

The cast seems to try their best, and both Benjamin Hoetjes (Knightfall series 2017) and Anthony J Sharpe (Hunter’s Moon 2020)—the resident nervous guy and party-lover, respectively—do fine in their roles, and Luke Mitchell (Agents of S.H.I.E.L.D. series 2015) acts effectively as the emotionally distant team leader. Amali Golden (Love and Monsters 2020) plays the unfaithful but repentant girlfriend to Hoetjes’ character, and her mouth is open unnaturally wide for the entire film as though she’s grimacing, smiling, or tearing off a Band-Aid at all times. Jessica McNamee (The Meg 2018) plays the lead, but they dub so much whining and heavy breathing over her scenes (sometimes completely out of sync with her on-camera appearance) that I was yearning for her to be consumed by the only exceptional character in the film—the crocodile.

What remotely likeable characters the film has are among the first to die, and the remaining cast are either guilty of crushing infidelity or whiny to the point of causing viewers to experience physical irritation. Tension is sometimes achieved due to the claustrophobic setting and darkness. However, the ending shows everything from directing to acting fall into laughable madness. Lapses in logic are prolific throughout the script, as well. For example, the crocodile is treated much as the T-Rex in Jurassic Park, and characters are urged to stay still to avoid its attack. I’m not close friends with any saltwater crocodiles myself, but I’m fairly certain they can see you at a distance of 48 inches. 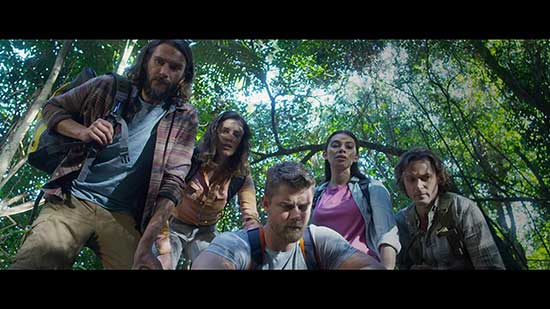 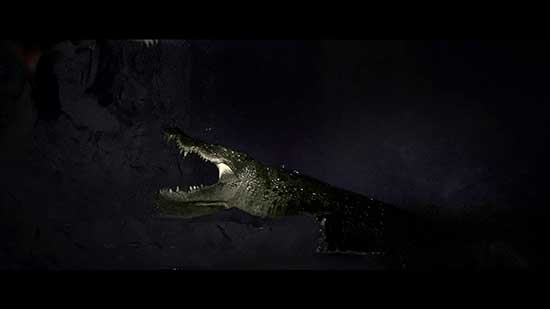 As for examples showing how the end collapses into pure rubbish, there’s the underwater footage of a character reaching towards the camera while it jitters back and forth, apparently to show that she is “swimming.” The filmmakers also attempt to recreate the terror of the lions’ den scene from the infinitely superior The Ghost and the Darkness (1996) near the conclusion with no success, and then have the surviving cast RANDOMLY DRIVE INTO A RIVER SO THE CROC CAN BITE THEIR JEEP. Yes, I wrote that in all caps. There’s a reason–I’m shouting so everyone will acknowledge how insanely contrived this moment is. The survivors get out of the cave to immediately drive into a river. Did I mention a character “twists their ankle” in the accident? How this matters much while they’re FLOATING IN WATER, I can’t say (final all caps, I promise). Add to this madness that characters swing flashlights around like they’re suffering seizures and fire guns like they’re swatting at flies, and you have one of the worst endings I’ve experienced in modern cinema. 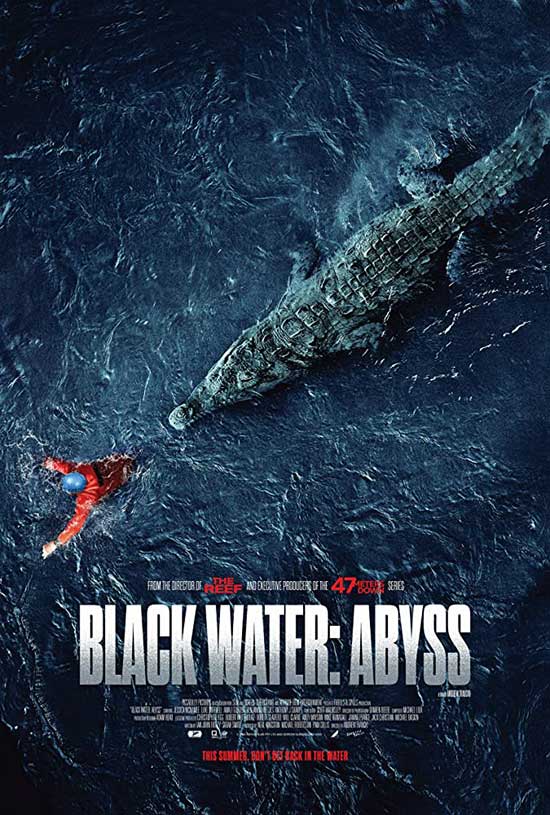 There are some nice croc shots, and what little CGI that’s used is effective (or at least well hidden). Unfortunately, there’s too little of it, and the illogical script does not satisfy on its own. Overall, the onset of the movie promises a Black Water-like realistic crocodile thriller, and the end strives for over-the-top zaniness ala 2019’s Crawl, but it achieves neither. If you want something with great effects and gore-galore, see Alexandre Aja’s Crawl. If slow-burn tension is more your killer-reptile speed, then stick with the original Black Water. Either way, you’re better off avoiding this misstep.