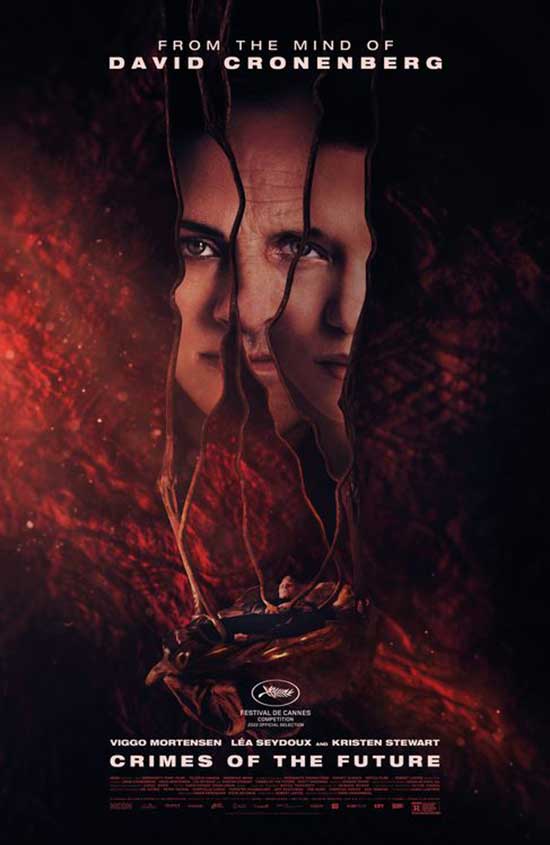 Humans adapt to a synthetic environment, with new transformations and mutations. With his partner Caprice, Saul Tenser, celebrity performance artist, publicly showcases the metamorphosis of his organs in avant-garde performances.

“Crimes of the Future” is the latest creation from visionary David Cronenberg in over 8 years. It arrives during a time of change and uncertainty as a science fiction ode to the future. It’s cast stars Viggo MortensenLéa Seydoux, and Kristen Stewart among other talented contributors. Cronenberg brings us a profound vision that easily categorizes into a universe of its own. Like many of David’s previous works it is not meant for mainstream consumption. While it clearly rides on science fiction tropes, it is a thinking person picture that pokes at the notion of evolution. Organic, profound, grotesque, beautiful and disturbing are terms that come to mind during its rollout.

“Crimes of the Future is a story of a future state of being where pain has been almost eliminated but also at the cost that new organs are developing on their own. The race has various ways of dealing with them, but in their introduction it has given birth to performance art that has a few talented surgeons extracting these organs in live demonstrations. Society has also given introduction to various forms of new technology such as organic devices that aid in some of the more needed aspects of life. Viggo Mortensen plays the role of Saul Tenser, a well known avant garde artist who has made a name for himself doing these demonstrations with his close partner Caprice (Léa Seydoux). 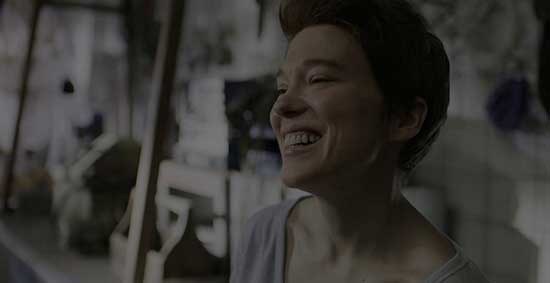 The 2 of them have formed a close relationship based on Tanser’s accelerated evolution syndrome, that while void of pain also struggles with simple things like digestion. His organic devices help him with this need as well as various aspects of his live performance surgeries.

A clear metamorphosis is evolving within Tenser, but is halted by his frequent organ removals. Other aspects of this include tattoo art that is performed from within before such removals. The film takes a journey on both mind and body to show us a new reality that sees evolution taking a new direction. From this arrives fans of the art, and those who seek to embrace aspect of this evolution. This includes the emergence of body morphifications and facial beauty art. 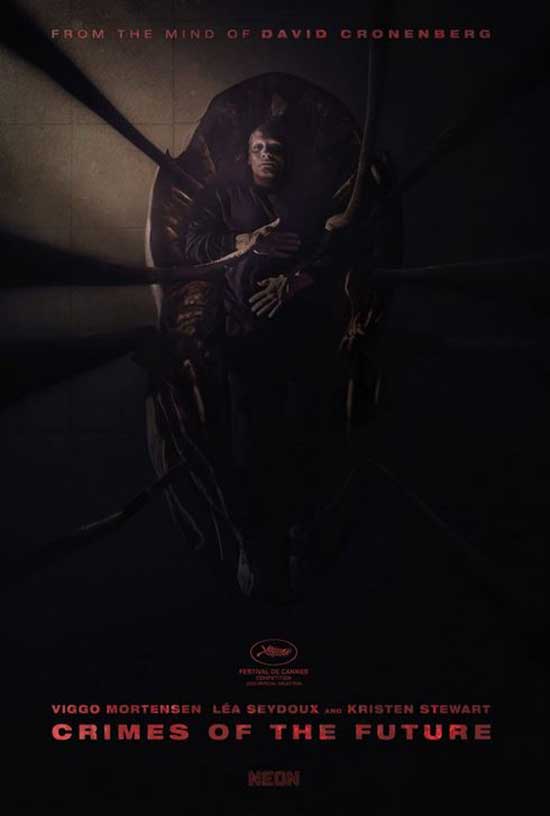 Timlin played by Kristen Stewart is the assistant to Wippett (Don McKellar), a team of investigators who have formed what they call the “National Organ Registry”. Timlin in her awkwardly shy but intense performance becomes obsessed with the aspects of these new organic creators. As she states that “surgery has become the new sex”, she also finds herself compelled to its underground scene of participants.

Crimes of the Future is bleak but powerful, setting itself in various distressed environments focused on the culture and purpose of these evolved humans. A new string of evolution has also emerged, those that are able to consume synthetic materials like plastic. They as a threat to human existence have also become the point of investigations from those who deny the next wave of humanity beginning to take form. 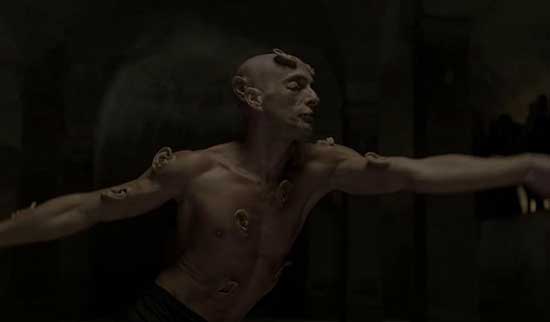 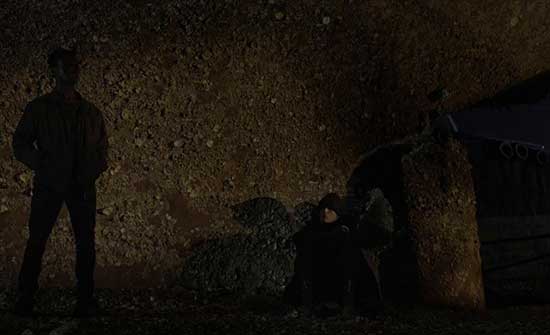 In all this is a master work that stays true to David Cronenberg’s previous directions such as “Existenz“, “Naked Lunch” and “Crash” as pieces that analyze new trends, scenes and states of change. The film is not for everyone as many of it scenes involve the removals of organs and live autopsies. While horrifying, the push here is to accent these scenes more as modern art with onlookers taking away various experiences from the events. 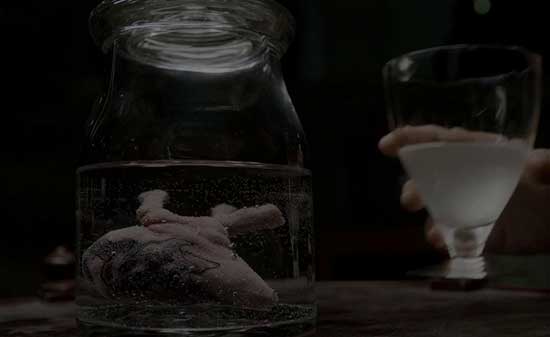 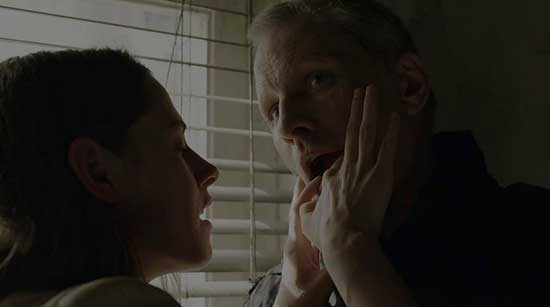 The acting team merges well here as an ackward bunch of roles existing in a hybrid reality. Fans of Cronenberg will not be surprised as by now they have become all too familiar with his focus on alien-like environments and inventive story telling. It’s great to see David emerge staying true to his roots with another culty offering. Looking for something weird? Then look no further!