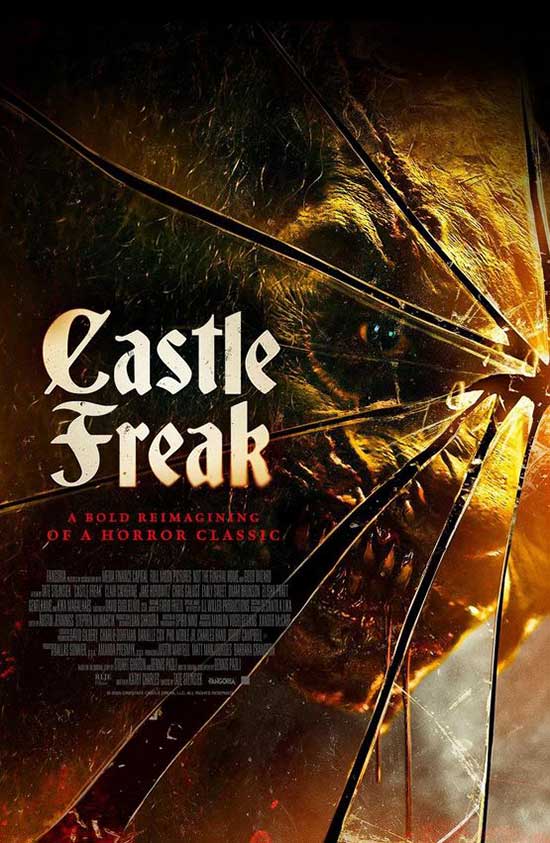 An Albanian castle with bloodthirsty creatures is inherited by a young woman.

Stuart Gordon directed “Castle Freak” for Full Moon, who released it back in 1995. Since that time, the movie has become, to some horror fans, a beloved classic of the genre. Not hard to understand why. You have Jeffery Combs giving a solid, center-stage performance, Barbara Crampton looking fantastic (even if her role is one-dimensional), some decent makeup effects, and a few well-crafted action/horror set pieces. While it was nowhere near as over-the-top like “Re-Animator” or “From Beyond”, it delivered an excellent piece of sublime horror worth watching. 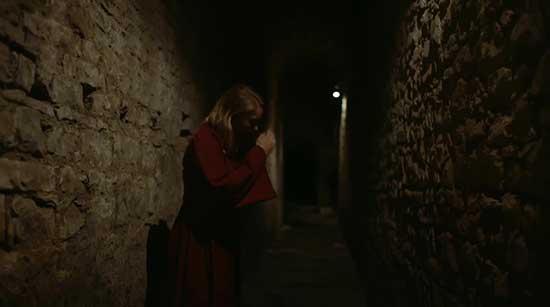 Then someone decided to do a remake, and they effed it all up.

The remake’s opening scenes of a mother whipping her deformed child and whipping herself in penance is a decent enough set-up with its blatantly religious undertone. Unfortunately, it runs long, seemingly enamored with its faux art-house stylings. 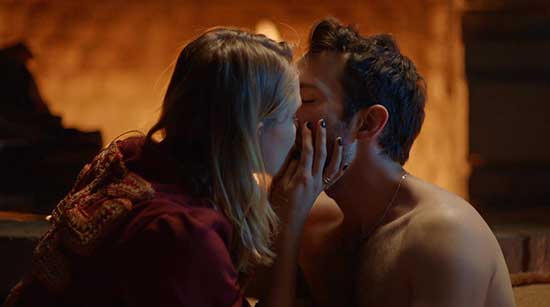 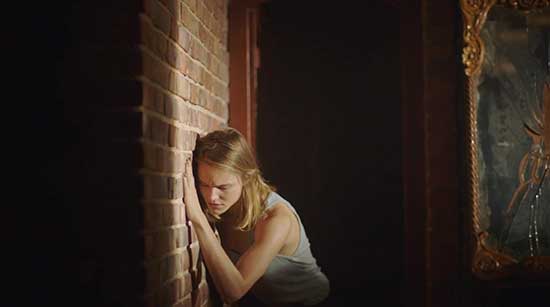 “Castle Freak” shifts from that to our main characters. We have Rebecca and John and their group of one-dimensional misfits. Vain, narcissistic, shallow, drug-obsessed, and unlikeable. From the instant we see John, it is clear he wants to cheat on Rebecca with the group’s tired-looking pin cushion, Shelly, and only stops his horndog behavior because Becky is around.

After some low-brained Internet psycho-babble from the supposed “brain” of the group (he’s called “The Professor” so you know he must be really smart), Not So Bright Ken and Barbie – oops, sorry, clueless Rebecca and self-absorbed John opt to leave. Being pointlessly submissive, Becky lets pissy John drive in spite of the fact he is drunk AND stoned while he is clearly focused on how his girlfriend cockblocked him from bagging the random sleaze girl in the group. 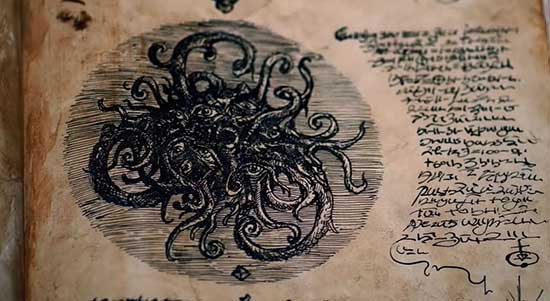 “Tragedy” strikes and a minor accident somehow results in Rebecca being blinded. Sorry if sympathy does not ring in the words here, but since she was stupid enough to let him drive, then you get what you deserve, lady.

Amazingly, she is still with her tormentor when we jump a few months ahead to their characters on the way to an Albanian castle Rebecca has inherited from a mother she never knew she had. Might as well continue to be stupid since the script calls for it. Of course, John has invited the same cast of dullard friends from earlier to hang out at the castle while John pushes to sell the place for a fast profit.

The poor soul that the woman was whipping in the opening scene is still roaming the castle, using pathways in the walls to stay hidden. Now, instead of wandering out into the countryside to mutilate cattle, the resident “freak” will have a cast of victims to threaten, watch from peep holes, and ultimately slaughter. 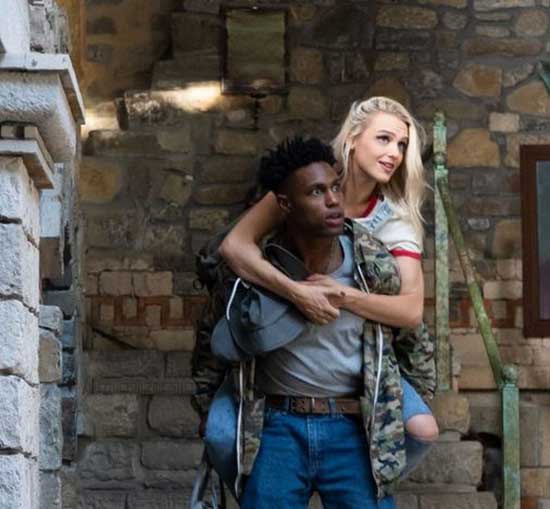 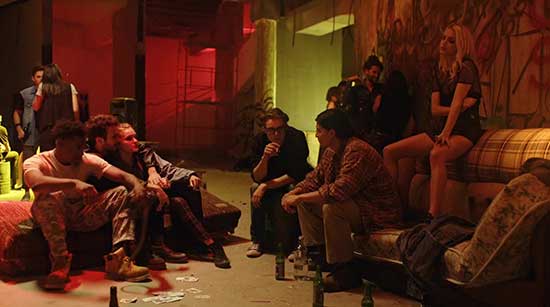 When the best things in the movie are the location and the costumes while everything else pretty much induces rage or boredom, it makes a person wonder what was the point of a remake beyond a hopeful cash grab based off the nostalgia and/or curiosity of the original film’s fans. I hope Barbara Crampton got some benefit from taking a producer’s title here because there is little to benefit viewers.

Having a severe negative reaction to the entire cast of characters within minutes of their introduction (and getting zero redeeming qualities from them as the film progresses) leaves a rotten taste in the viewer’s mouth that flavors the rest of the film. Stiff and/or “who cares” performances from the actors do little to add credibility to the proceedings.

Attempts to spice up the proceedings with sex adds a sleazy topcoat to the whole film. Sex and horror have always been blended, sometimes to great and horrific ends. Here, it is utterly voyeuristic and only exists to perk up a needlessly drawn-out script. To be honest, it feels less uncomfortable to watch a straight-up sleaze job like “The Sinful Dwarf” than to watch these throwaway sequences shoehorned into this misguided remake. 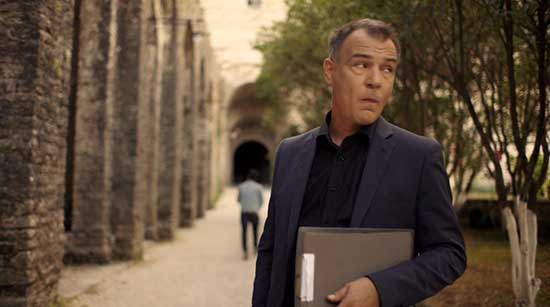 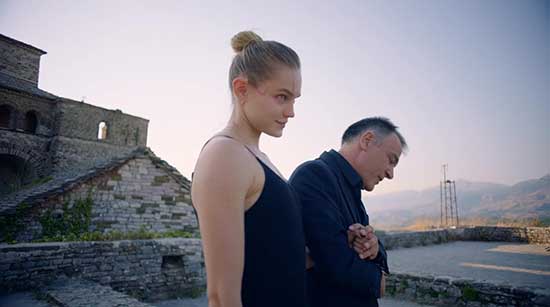 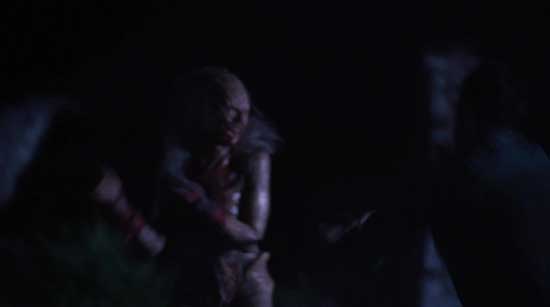 “Castle Freak” is a frustrating, pointless remake that works in Lovecraftian lore in what appears to be an attempt to create a cinematic “universe” for future movies. If the post-credit sequence is any sort of hint, “Re-Animator” may be the next film remade. Let’s hope this movie flops bad enough to keep these people from creating another dreadful mistake.