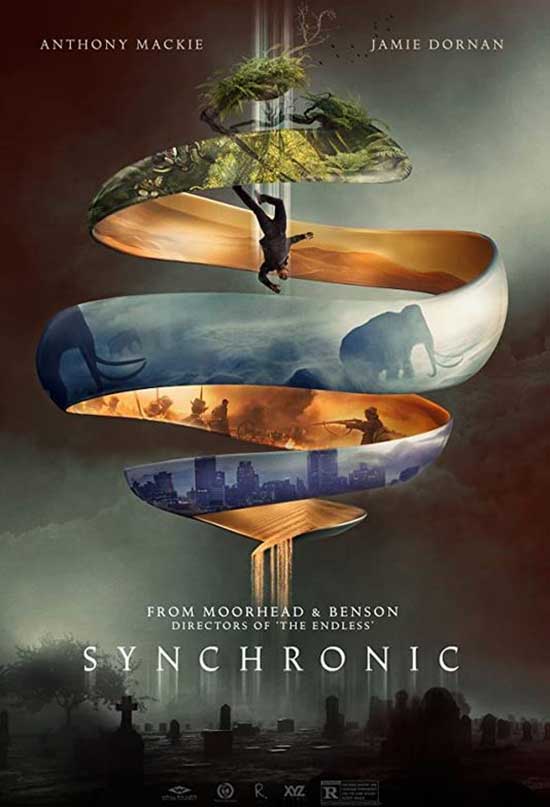 Two New Orleans paramedics’ lives are ripped apart after they encounter a series of horrific deaths linked to a designer drug with bizarre, otherworldly effects.

SOME SPOILERS AHEAD:
New Orleans paramedics, Dennis (Jamie Dornan) and Steve (Anthony Mackie) are long-time friends and work partners. Dennis is a family man with marital troubles and Steve is a bachelor with headaches and a growing sadness for things lost. When Dennis’ daughter goes missing, Steve begins to see a link between the disappearance and a new drug called “Synchronic”, that may be behind a spate of bizarre deaths gripping the city. 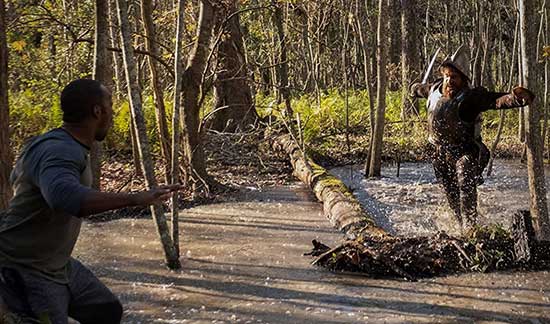 Part police procedural, character drama and sci-fi with a minor splash of gore for good measure, Synchronic suffers from split personality disorder, with a meandering first half that transforms into a thoroughly entertaining second with a formulaic ending.

I went into this film with no knowledge or pre-conceptions, as I try with all films, especially my reviews. The hook did its job; I was intrigued and, well, hooked… As I was introduced to the world and characters though, I found my attention waning. Once I got the idea of who was who and what was what, I wanted more, but the film kept treading this path, never delving too deep in either a police procedural or character-focused script; it just touched on these aspects without real dedication, giving a watered-down feel to either.

Once the Sci-Fi aspect kicked in, I was enthralled. The rules and other tidbits introduced were different and new; it was so engaging. It’s just a shame it took 40-odd minutes to get here. I completely understand the tone and feel of the film would have been different if this was introduced way sooner, but I just felt that the Synchronic had no purpose until it reached this moment. The rest was kind of just filler until the Sci-Fi fully kicked in.

That’s not to say I didn’t appreciate what came before, but like I said, I just felt like it was never truly given enough attention. The procedural aspects were bare-bones, just enough for us to see a dead body and the synchronic packet so we, and Steve, could make a link, but Steve finds the “dealer” quickly without any real detective work, so it kind of mutes the procedural aspect. The character stuff was interesting, at first, but watching them staring at doors longingly, or seeing another at the doctors continually is not engaging content to me. This occurred often enough to cause annoyance. Something you’d expect in lower budget indie affairs. Scenes with Steve and Dennis together which were trying to come off emotional, felt kind of forced to me. 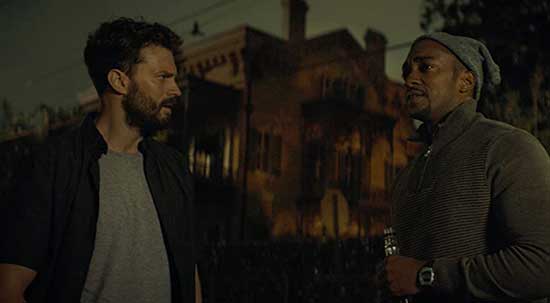 The visual and sound was great. Seeing worlds melting into each other was a treat and the sound really helped give atmosphere. Anthony Mackie’s performance was spot on. 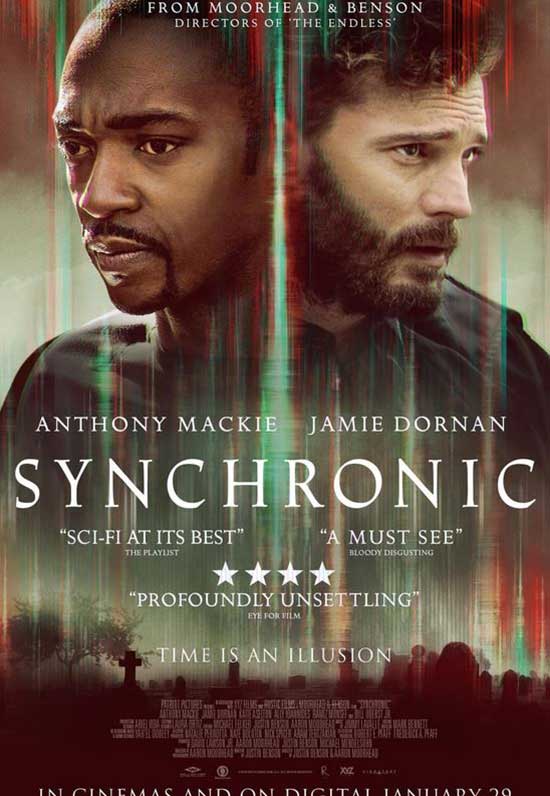 Synchronic is a hard film for me to rate. I loved the second half, as it spoke to my inner geek on a level almost akin to Primer or Time Crimes (must watches if you love time travel), but the first half never truly dedicated itself to a genre, instead dipping its toes into a few to try and move the plot along. I just wish the first half was handled with as much enthusiasm as the second. Regardless, give this a watch.