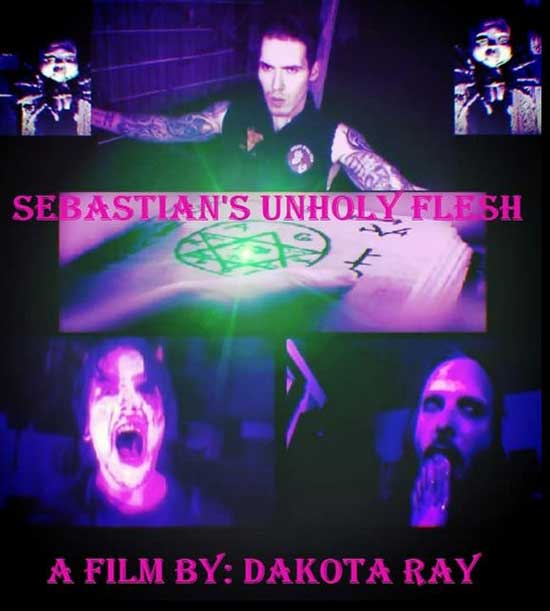 “Sebastian’s Unholy Flesh’-the seventh film by Denver auteur filmmaker Dakota Ray is a cinematic decent into evil, chronicling the the emergence of a new evil, as an Unholy trinity of entities try to obtain Lucifer’s ancient Unholy Book.

It’s pretty much common knowledge by now that the horror genre has seen a huge upsurge in popularity. While for decades, horror movies were seen as second-rate genre fare that catered to the lowest common denominator among film fans, blockbuster adaptations of existing properties such as Stephen King’s It, and original franchises like A Quiet Place and The Conjuring have made absolute fortunes at the box office in recent years. While this is of course a good thing, and helps brings the genre to the attention of brand new audiences, it has to be said that many of the new breed of horror movies are somewhat unadventurous, rarely straying far from a generic Hollywood template in order to give the best chance of raking in the cash. 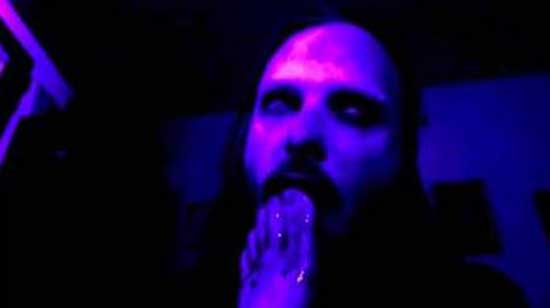 However, there is no shortage of independent film-makers working in horror today that, not confined by the shackles of the studio system, are free to present their visions to us exactly as intended. One of these is Native American, Denver-based auteur, Dakota Ray. Ray has been on the scene since 2014, having previously released movies like American Scumbags, American Antichrist and The Dark Days Of Demetrius; his latest nightmare comes to us in the shape of this year’s Sebastian’s Unholy Flesh.

The new movie shares many of the traits of Ray’s previous releases, in that he performs an amazing amount of the crucial roles himself – being responsible here for no less than writing, editing, directing, art direction, visual effects, sound and of course appearing in the lead role too. Flesh also shares Ray’s familiar set of cohorts in the shape of Fred Epstein and Nick Benning, as well as S. Donatello, L.B., and Svetlana Lilith, plus newcomer Dr. Ullrey (a real-life professor at the University of Denver). Clocking in at an hour and twelve minutes, one thing that immediately marks Ray’s seventh film as unique is the fact that it was filmed entirely during the COVID-19 pandemic era. 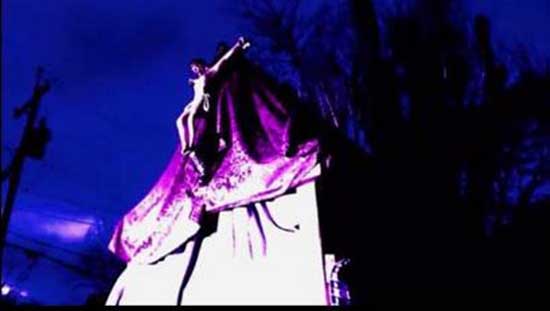 The movie centres around a trilogy of evil entities, that each wish to gain for themselves Lucifer’s own Unholy Book. Following a universal shift resulting in his demise, the dark one’s powers were sealed into the book; Sebastian, the first entity (Ray), wishes to use these powers to succeed Lucifer as the universe’s greatest evil and bring about the end of humanity. However a shamanistic serial killer known as ‘The White Spider’ (Epstein) desires the tome just as strongly, and enlists the help of demonic entity Nezaah (Benning) to obtain it for themselves. Their plan is to destroy Sebastian, and separate his remains into nine pieces, one for each of the Demonic Gods.

The dense lore of the film aside, Flesh shares several similarities with Ray’s previous work – there is the cast of returning actors; the metal soundtrack (supplied this time by among others by rock band Oroboro, and sounding a little more hard rock/less punishing metal than some of the other films); the dirty, stylised visuals with heavy use of coloured filters – purple in this case; abuse of living creatures (very) convincingly portrayed on screen; and Ray’s own narration, supplied in typical Hellish, sinister tones. Performance wise, while Benning and Epstein go all in for the melodramatic at times, the whole cast are clearly committed to their respective roles across the board. 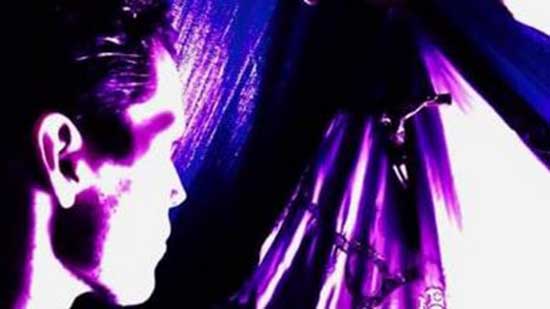 If you’re new to Ray’s films, then do not expect to find the kind of mainstream appeal offered by the aforementioned new kind of box-office horror juggernauts. Perhaps even more so here than with some of his previous films, Flesh pretty much eschews a sense of traditional narrative; while the story provides an important backdrop for the events unfolding on screen, the feel the screenplay develops is the important thing here. The purple haze through which events are seen gives the film a cold, eerie, unsettling atmosphere; this is bolstered by the amazing sound design, the soundtrack being permeated by constant ambient white noise, dark choral singing and ominous whisperings.

What sets Flesh apart from many recent horrors, as well as long-standing properties like the Nightmare On Elm Street series, is a total absence of any sense of humour or light; given that the film deals with characters who are utterly evil in nature, with no redeeming characteristics, the fact the viewer is assailed at every turn by overwhelming bleakness serves to really imprint the movie onto the senses. It’s fair to say that there will be as many interpretations of and reactions to this movie, as there are viewers; some will immediately hate it, some will be confused, some will dismiss it as pretentious nonsense and others will be astounded by the atmosphere of utter, pervading evil that Ray conjures up here. 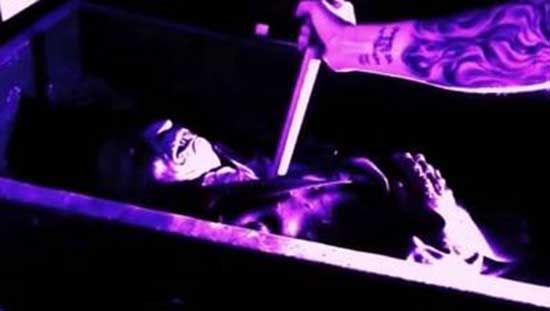 The whole film feels otherworldly, as though it exists in some weird off-kilter parallel universe that is beyond normal human understanding; even a scene of animatronic spook house figures is lent a creepy, unsettling vibe by Ray’s visual and aural bag of tricks (some of this could be attributed to his penchant for the infamous Green Fairy, Absinthe, the consumption of which is actually given quite a lot of screen time here). There are nods to classic horror this time too, both in dialogue (The Exorcist) and visually (shades of Nosferatu, The Cabinet of Dr Caligari, Begotten and Salem’s Lot). 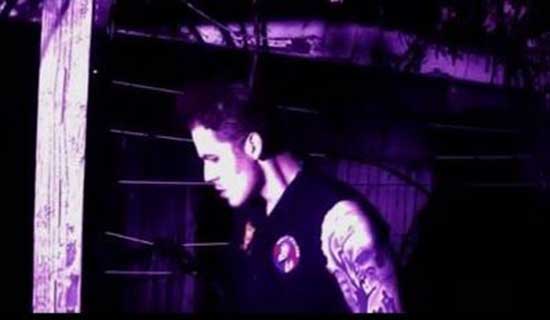 Like much of Ray’s work, this is a film to be felt and experienced rather than followed at every turn; some will claim it unwatchable, but I would bet Ray is slyly aware of this and could not honestly care less. Those willing to experience the film with an open mind will gain the most from it; Sebastian’s Unholy Flesh is like a disturbed nightmare brought to life and embossed onto film. It offers a genuinely perplexing, frightening atmosphere that you will never experience in a mainstream horror movie, and I for one find that cause for celebration.