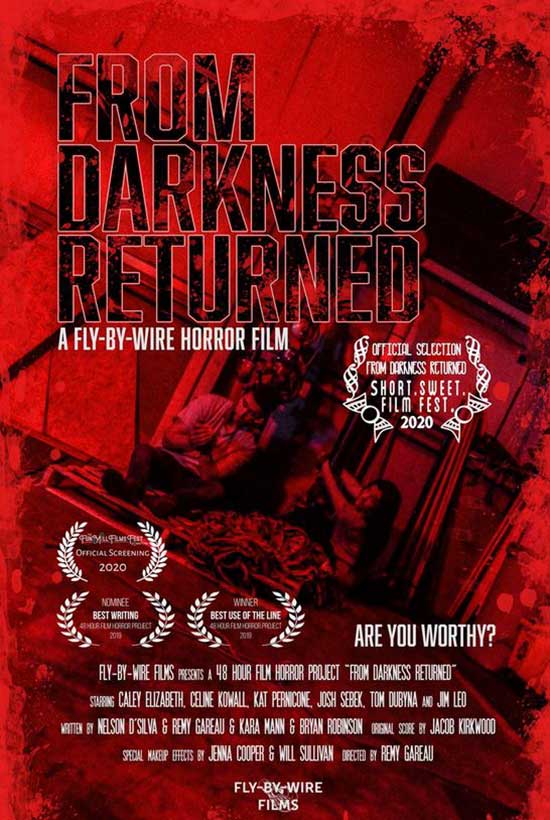 A demonic cult attempts to resurrect the dead.

For those not familiar with the project, the competition is exactly as described – you and your team have 48 hours from concept to completion to create a short film. The film is then shown to an award-winning panel of judges to decide the best one. Anyone can enter this contest, regardless of experience or finances.

This film tells the story of a group of cultists attempting to resurrect the dead. Its not going well at first, as each candidate for resurrection seems to be “unworthy”. But not to be deterred, they abduct…I mean, find more volunteers and keep trying. Success comes when one least expects it, and the level of that success is not always what one expects.

The story is a bit incomplete, which isn’t really surprising under the circumstances. But overall, its a fun watch. It would be fun to see the story expanded and done in a slightly longer format with some of the details filled in. It has a definite ROSEMARY’S BABY vibe to it.