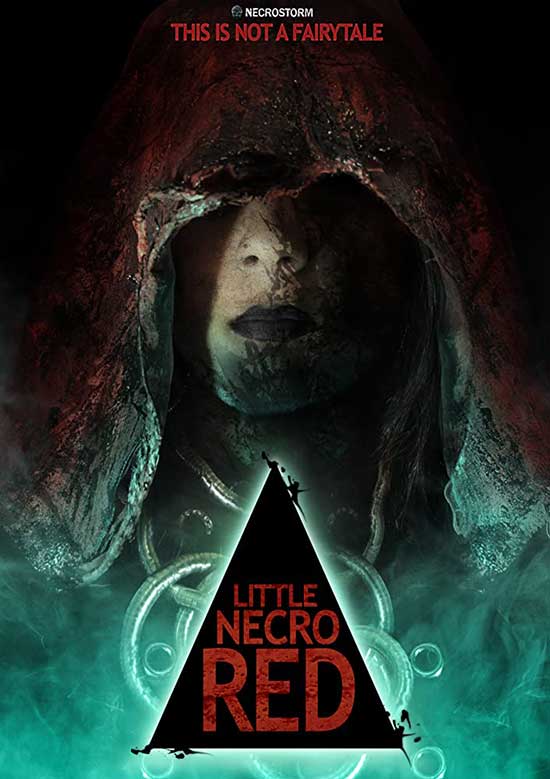 Angela’s daughter, Annie (aka “Little Red”), mysteriously disappeared, but the police never found her body. While the mother begins to shed light on the mystery, a religious cult ruled by a matriarch known as the Grandmother, is leaving a trail of blood and carnage in its wake. The further the mother delves into madness, the deeper the doubt burrows into her mind: is Annie alive? This is the most gory, and twisted Slasher you have ever seen: this is not a fairy-tale.

I think up to now, one of the most brutal and gory films I’ve seen is “Baskin.” If you are into gore and extreme cinema, you likely know the film. It does a great job taking its viewer down a dark path into a cave and ultimately into a human sacrifice cult. This takes place after an honest accident leaves the main characters stranded. That used to be the most graphic movie I’d ever seen. Well, now it’s been replaced with “Little Necro Red.” This French movie pulls out all the stops and declares itself a Noir film of some sort. I would say it is a “gore” noir but thriller or mystery noir will fit as well. 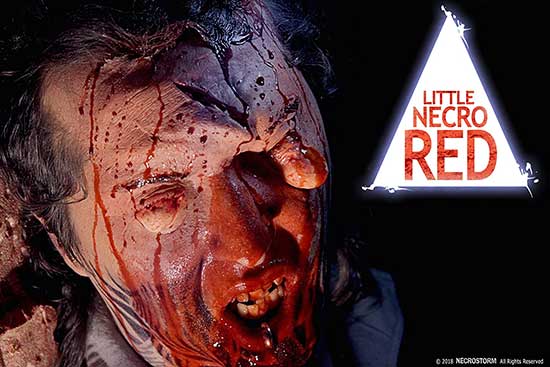 IN a similar way that “Baskin” does. This film has people chained up against rock walls. The killers in both movies visit exquisite torture against the ir naked souls until they run out of fake blood or the director decides it’s a take. There are a lot of these moments. Little Red is an interesting character but I like her mom better. She loses it when the high school janitor’s head is decorating the wall behind her. She starts screaming in a “Godfather” type accent. For a B horror movie that’s over the top, that is some pretty good acting! 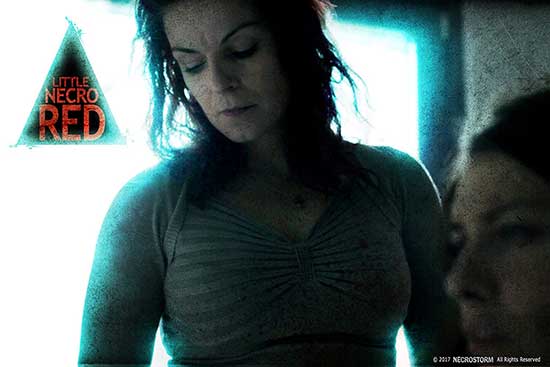 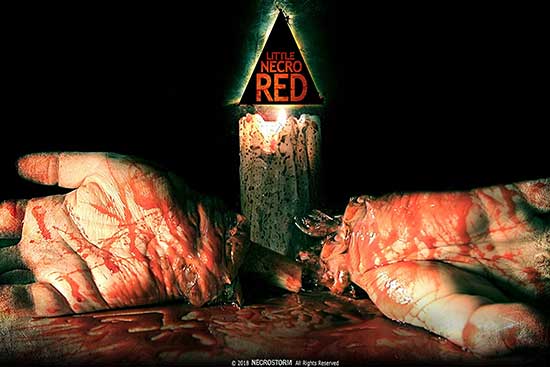 Most the effects are practical, done with physical props and latex. Other scenes are done with CGI although there are not many. An example is when the janitor is stabbing a woman on the side of her face. It looks fake but it’s highly shocking and in fact, this scene is what got me curious to see how this film was made. The directors are Giulio De Santi and Tiziana Machella. They are the gore writing team to watch. In talking to many people through the years about horror, I have found this sub-genre to be less popular with the masses. 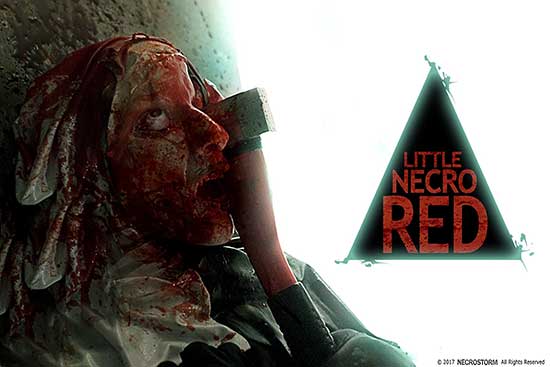 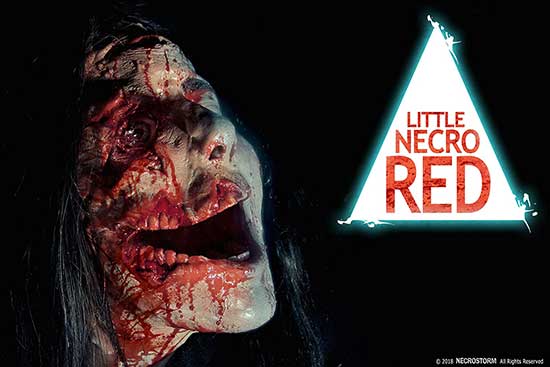 The plot was very hard for me to understand. I mostly watched it for the “wow” of how they did effects. From stabbing a woman repeatedly in the skull to chopping arms off carte balance, it’s a sick and messed up film. For those that like it, I do recommend “Baskin.” It’s not as violent but has lots of gore. In one scene the killer extract a man’s eye from the socket with a pocket knife. Gore is an interesting sub-genre. I think of “The Human Centipede” and other like tropes. Besides interesting though, it does little for me. I tolerate it in horror but that’s not my favorite thing to notice. I prefer creepy colors, music, and ambience. “Thanatomorphose” is another film I would recommend if you like this genre. A young woman’s skin begins to rot and fall off. 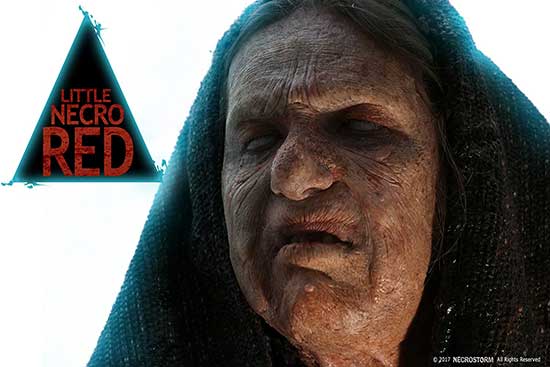 “Little Necro Red” is a study in crushing skulls and slicing open appendages. It looks like a college assignment in film school. Unfortunately they gave it no mellow relatable relationships or vengeance factors. While that was refreshing, it still fell short of what a 10/10 horror film should. If you’ve watched it and care to discuss it, leave your comments/questions in the comments. It seems “Necrostorm” and these gory directors will continue making films. I would say I am excited to see the future of this art but I have already benefited by it and do not plan to see the sequels. I’d like to learn more about the directors and what makes them tick. They are quite young with Giulo being born in 1984. Will he graduate from his blood and intestine fetish? Time will tell. His knack for visuals was spot on but the plot was not explained well in dialog or visuals. If you are looking for something different, this is for you. 6/10.