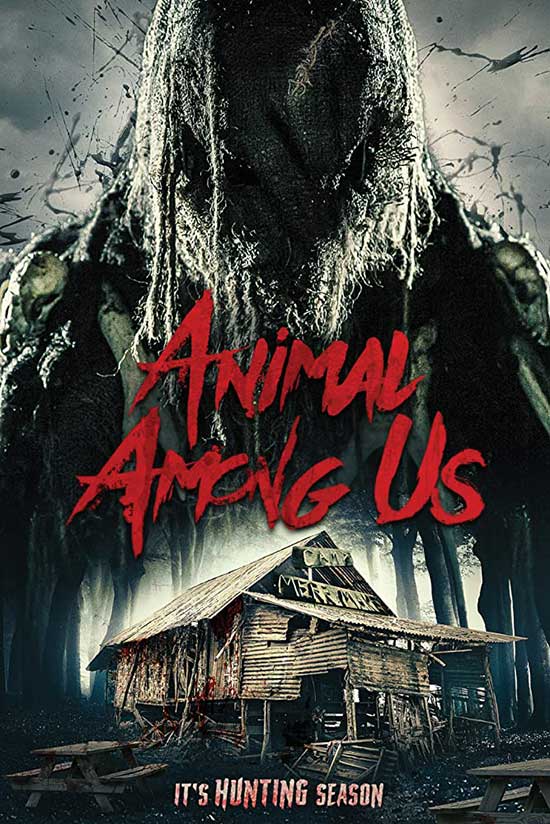 Fifteen years ago, two teenage girls were murdered at Merrymaker Campgrounds. The case was filed an animal attack, the camp was condemned and the killer never found – but something horrific still waits in those woods.

The majestic Big Foot has gone by many names: Sasquatch, Gigantopithecus, Harry. Whatever name you use, it all amounts to the same thing; a hulking upright walking ape like creature, which, as Phillip J Fry points out is usually killed, ‘But [they] teach us about things.’ Animal Among Us, from director John Woodruff, is ostensibly a Big Foot flick, but one which pulls the rug from under you. In the best way possible, of course.

Roland Baumburger (Christian Oliver, Sense8) is a lecturer and bestselling author of true-crime novel, The Merrymaker Murderer, which details the unsolved murders of two girls 15 years previously. While the murderer may have gotten away with it all those years ago, a large part of the internet believes that the girls’ deaths are connected to the significant sasquatch sightings at the Merrymaker Campgrounds. And maybe, the tinfoil hats have a point, as the film opens on a nubile camper being chased by something large in the shadows. When Roland receives an invite to the reopening of the camp, he jumps at the chance to cash in on his previous work and perhaps write another book.

The camp itself is run by sisters, Anita and Poppy Bishop, played by Larisa Oleynik (Mad Men, The Secret World of Alex Mack) and Christine Donlon (Entourage) respectively. Along with their stepfather Burl (Don Frye, Godzilla: Final Wars), the sisters are hoping Roland’s appearance will raise some interest in the camp and hopefully, put to bed all the terrible rumors about the place.

Based on a screenplay by actor Jonathan Murphy, Animal Among Us is a welcome dip into the exploitation films of yore. It’s quite happy to point out that, despite him being our film’s hero, Roland is an effectively a bag of dirt. Despite being married with a kid, Roland has been having it off with a much younger woman and upon arriving at Merrymaker Camp, wastes no time in trying to jump into Poppy’s khakis. Not that she seems to mind and from here, the film tries to chisel out a sort of doomed romance between the two.

While the budget is clearly low at times, it is the enthusiasm behind and in front of the camera that makes up for any shortcomings. This is a very practical film and the effects, for the most part, impress. That is the joy of practical effects in general. You can throw as much money at the screen as you can, but sometimes it is just lovely to see light touch something that’s actually on the screen.

Played straight for most of the time, what makes Animal Among Us so joyful is how it jumps off the rails in the third act. The skin is peeled off the corpse of the park and what is exposed is absolutely bonkers. Flashbacks and confessions add up to something which feels like a soap opera collided with the dinner party scene in Texas Chain Saw Massacre. For sure, there will be a number of people who consider the film’s denouement to be a bit a silly and perhaps unearned. Equally, the reveal of Big Foot will not be everyone’s cup of tea. However, we are talking a Big Foot movie starring Alex Mack, so let us cut it a little slack. 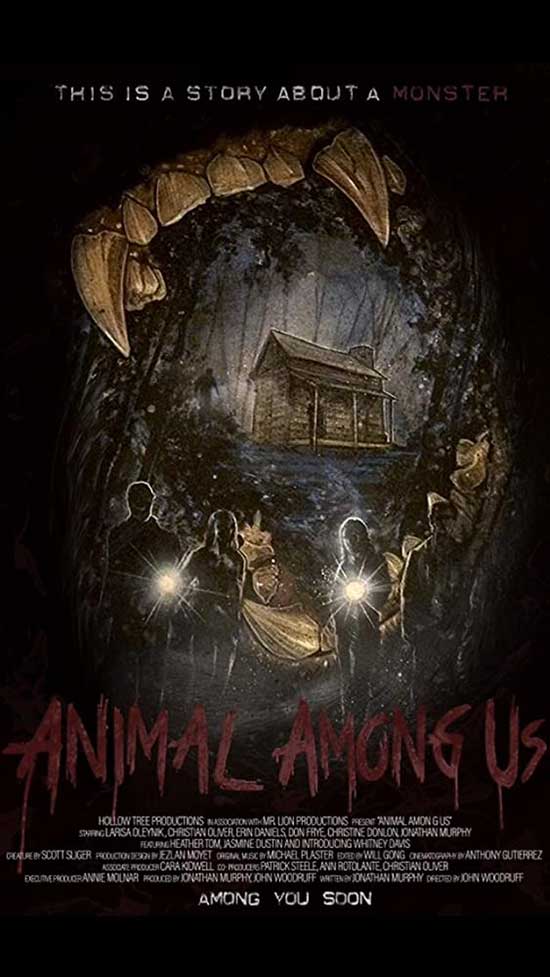 Overall, if you are looking for a Big Foot film that’s not taxing on the brain and which makes you feel like it really wants you to have a good time, then Animal Among Us should be at the top of your list. Get on it.