Hey! This is Kenny Caperton – owner of The Myers House NC (www.myershousenc.com). I just announced another ON SET CINEMA event that I think fans are going to really enjoy. I’m doing the first ever screening of “ZOMBIELAND” in Georgia at the actual amusement park filming location from the end of the movie! Fans will get to enjoy an entire day at the theme park and end the evening with a screening of the movie …with free Twinkies of course.
———————————– 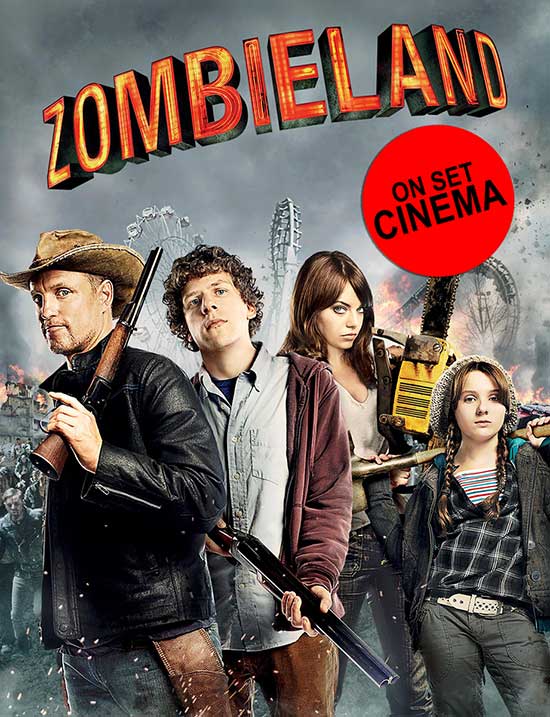 Welcome to Zombieland! It’s a ton of fun! Join ON SET CINEMA on Saturday, September 12th for the first ever screening of ‘ZOMBIELAND’ at the infamous amusement park from the end of the movie …Wild Adventures Theme Park (aka Pacific Playland) in Valdosta, Georgia! Fans will get to enjoy an entire day at the park – ride the Aviator that Tallahassee (Woody Harrelson) hangs from and shoots zombies, run past The Rattler that Columbus (Jesse Eisenberg) runs past as it swings and hits a pack of zombies, see Pharaoh’s Fury that Wichita (Emma Stone) and Little Rock (Abigail Breslin) ride on, or hop onto the Go Bananas roller coaster that Tallahassee rides around on blowing away zombies. Of course you gotta get on the Blazer Blast Off drop tower that Wichita and Little Rock ride. We will end the evening with a screening of “Zombieland” inside the parks’ private clubhouse, which will be packed with free Twinkies for everyone! A couple rules to remember though… #1: cardio, #2: double tap, #3: beware of bathrooms, #4: seat belts, #7: travel light, #17: don’t be a hero, #18: limber up, #32: enjoy the little things.

ALL EVENT DETAILS AND TO PURCHASE TICKETS AT www.myershousenc.com/onsetcinema

ON SET CINEMA is an ongoing film series that takes fandom a step further with rare movie screenings of cult favorites and horror classics at their actual filming locations. Created by Kenny Caperton, who lives in a life-size replica of Michael Myers’ house from John Carpenter’s original Halloween.

We all know there’s only so close you can get to a movie when you’re watching it at home from the couch …but what if you could step into the screen for a moment? Watch movies like Beetlejuice, It Follows, The Blob and The Shining at the actual spots where a lot of the action takes place – whether that’s inside a small town department store where Sarah Michelle Gellar ran for her life in I Know What You Did Last Summer or at a California mansion where Sidney Prescott and Billy Loomis face off during the climax of Scream, ON SET CINEMA takes you there!

ON SET CINEMA is the brainchild of Kenny Caperton. Growing up in the 80s & 90s, like most kids at the time, he spent Friday nights wandering the aisles of local video stores with friends or at home eating junk food while watching late night cable television. Caperton has always been fascinated by movies, but his love runs much deeper than the average person. He has assimilated his passion for cinema into real life – for almost 20 years Caperton has been taking “vacation” trips all over the US & Canada to visit filming locations from his favorite movies and TV shows: The Shining, Empire Records, It Follows, The Texas Chain Saw Massacre, The Goonies, Scream, Dawson’s Creek, Scott Pilgrim VS The World, Stranger Things …the list goes on and on. He even made a full length feature film that got worldwide distribution without taking a single filmmaking class. Caperton took everything to an entirely new level in 2008 when he decided to build and live in a life-size replica of the infamous Michael Myers’ house from his favorite movie of all time – John Carpenter’s 1978 horror classic, Halloween.

Kenny truly understands what it means to immerse oneself in something they love and has integrated this into his daily life. Now he wants to share that experience with other fans through On Set Cinema! 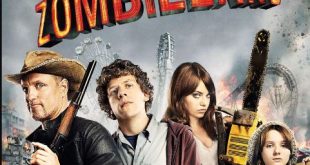