Includes a a Retrospective Look Back at the Original Film 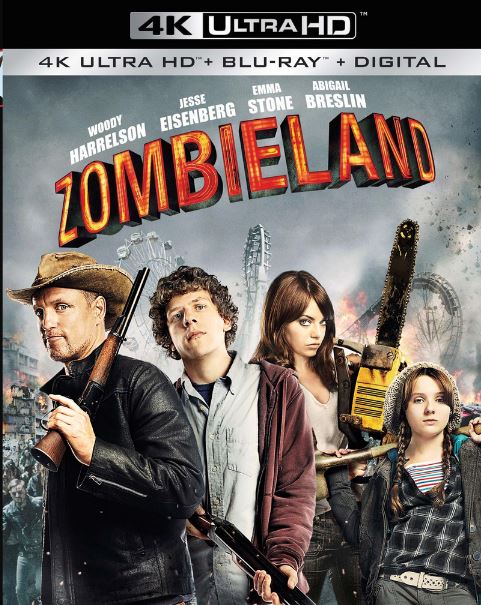 The ZOMBIELAND 4K UHD features an exciting new special feature, showcasing the cast offering a retrospective look back at the original film, plus hours of fun and frightening archival special features.

Nerdy college student Columbus (Jesse Eisenberg) has survived the plague that has turned mankind into flesh-devouring zombies because he’s scared of just about everything. Gun-toting, Twinkie-loving Tallahassee (Woody Harrelson) has no fears. Together, they are about to stare down their most horrifying challenge yet: each other’s company. Emma Stone and Abigail Breslin co-star in this double-hitting, head-smashing comedy.

ZOMBIELAND has a run time of approximately 88 minutes and is rated R for horror violence/gore and language.