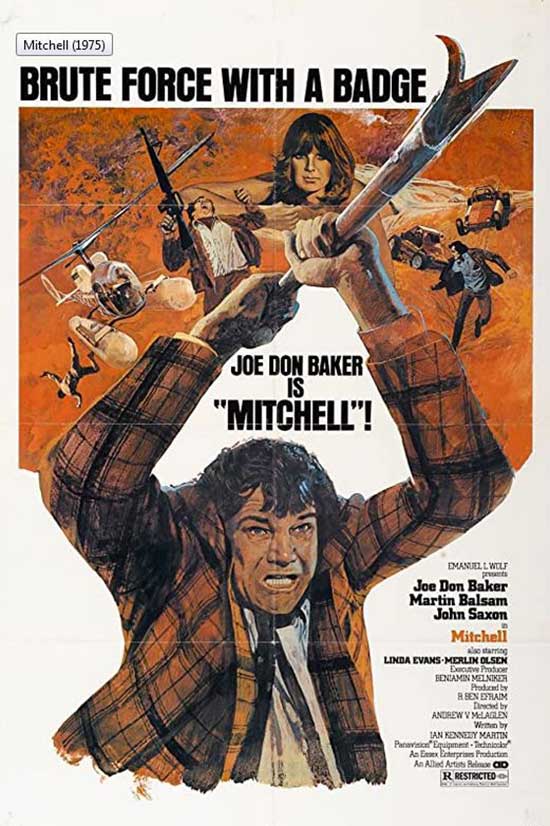 A tough, slobby, honest cop tries to simultaneously take down heroin dealers and a corrupt businessman who murdered a burglar, even if it costs him his life. This obscure film became infamous after Mystery Science Theater 3000 (1988) riffed on it.

This particular descent into badness holds not only the distinction of being on one of the better episodes of Mystery Science Theater 3000, but it was also the same episode that was Joel Hodgson’s last hurrah on the show before Mike Nelson took over. I mean, I guess it’s notable that the original version of the film not sanitized for television viewing had some nudity and violence to it, but that isn’t enough to make a film stand out. 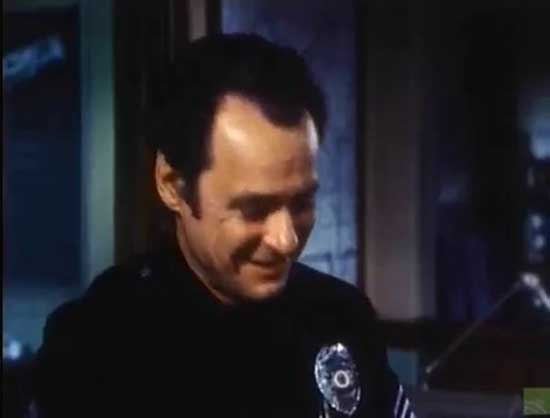 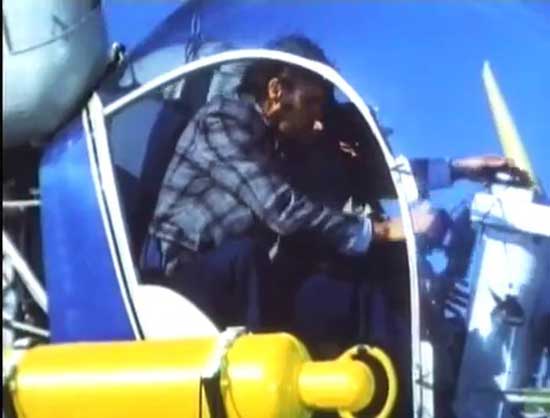 Mitchell centers on a detective named Mitchell (played by Joe Don Baker). Hold your shock on that revelation. Anyways, Mitchell is a lumpy, slovenly, alcohol jerk who doesn’t like to play by the rules, a movie cliché that was tired by the time this flick came out in 1975. Mitchell is being driven home by a couple of fellow officers when they get a call to a crime scene. A man named Deaney (John Saxon) killed a burglar that broke into his home, but Mitchell believes that it was actually murder. His bosses, however, won’t let him pursue the investigation further since the Feds are investigating Deaney for a variety of crimes. They instead assign Mitchell to stake out a man with ties to the mob. Mitchell is reluctant until he uncovers a plot to smuggle heroin without the rich guy’s approval. 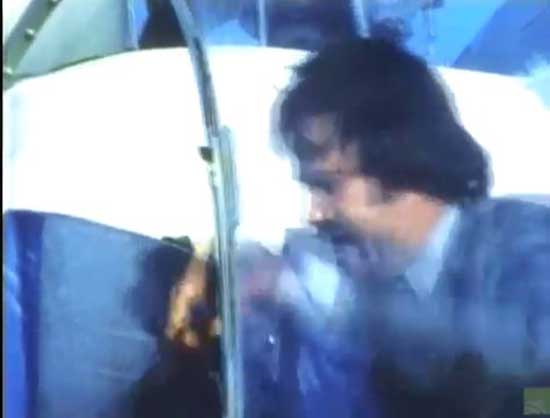 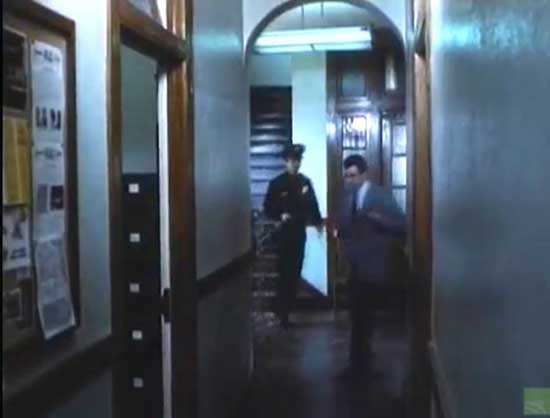 As far as detective movies go, there’s something strange about this one. It comes across as being a pilot for a tv series, especially if you’re catching the edited for television version. From the style of credits to the way they end on a still shot is so reminiscent of the conventions of tv shows from the ‘70s and ‘80s. Even the production value looked like that of something made for the boob tube. However, the theatrical version has too much nudity and violence to dissuade a person of the notion that they were trying to make this into some form of ongoing series. Perhaps they were hoping to make a bunch of movies centered around the Mitchell character, or the people behind the scenes didn’t know what their end goal was. 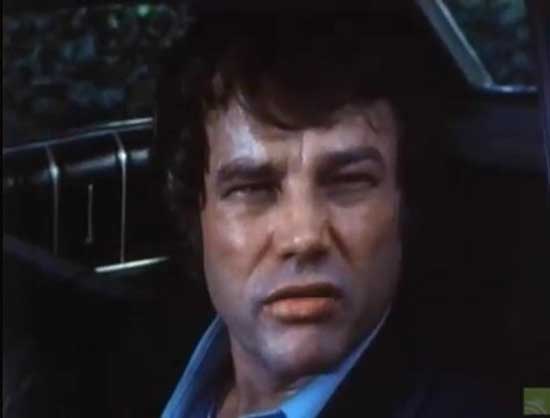 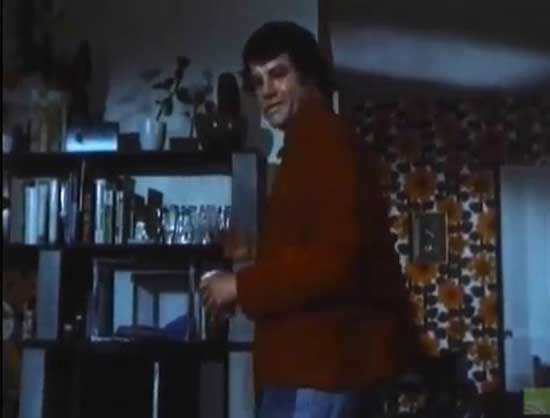 Mitchell himself isn’t the most compelling character to base a series of any kind around, much less a movie. Next to being a doughy, unlikeable, and alcoholic slob of a man, he also didn’t have enough charisma or redeeming qualities to make anyone want to root for him. He’s not a total jerk, but he’s not all that likable. It’s like the scriptwriter and director just thought people would root for him just because he’s a cop and the main character, but never considered Mitchell needed more than just that to get the audience behind him. Instead of coming across as being a lovable rebel, he just came across as an obnoxious, selfish buffoon. Joe Don Baker himself didn’t do the character any favors, and it’s still kind of a mystery why anyone saw him as a leading man. He just didn’t have much to offer as the central figure. It’s not that he’s a bad actor, but he just lacked enough of the right kind of charisma to carry a film. 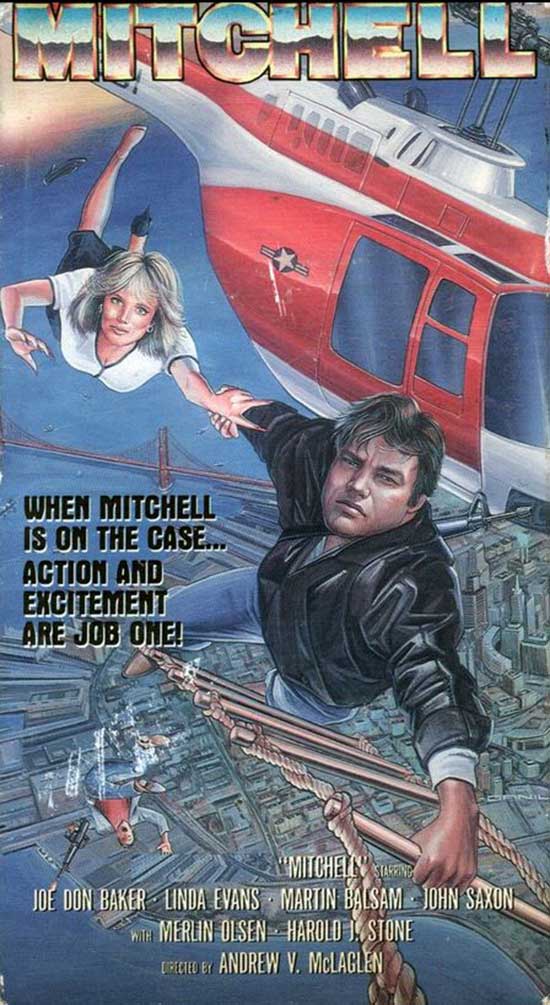 The rest of the film is not terribly interesting unless you think watching Joe Don Baker get into cars, get out of cars, sit in cars, or follow people in cars, is terribly fascinating. Oh, there is a car chase, if that’s what you can call it, but it lacks any real excitement. The story itself is bland and cliche, and the plot centering around John Saxon’s Deaney is completely abandoned. The only resolution is a quick radio transmission announcing the character’s death. It felt like the filmmakers were near the end of shooting when they realized “Oh crud! We totally forgot that we had this other storyline!” and just threw in something at the last minute to explain why we haven’t had any follow-up on that issue previously. 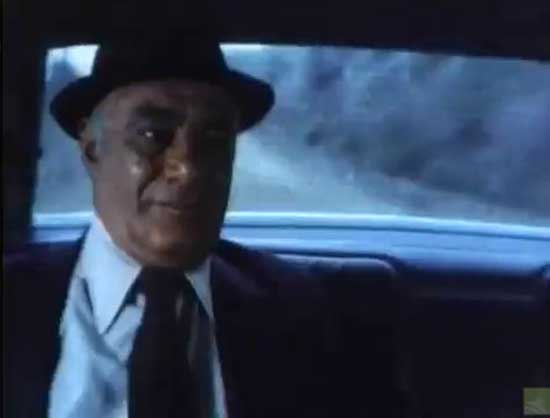 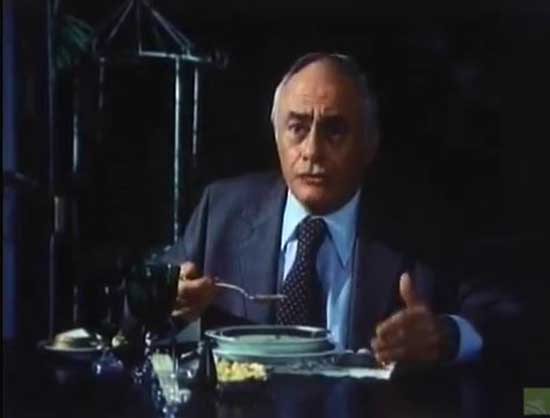 Mitchell feels like a movie where no one involved really knew what their main goal was to try to start up a movie franchise or television series. Its story is trite, its main character an unlikable slob, and lacks any real excitement despite its violent content. It’s a movie that was only watchable as an episode of Mystery Science Theater 3000, because on its own its neither interesting nor entertaining enough to warrant anyone’s time.