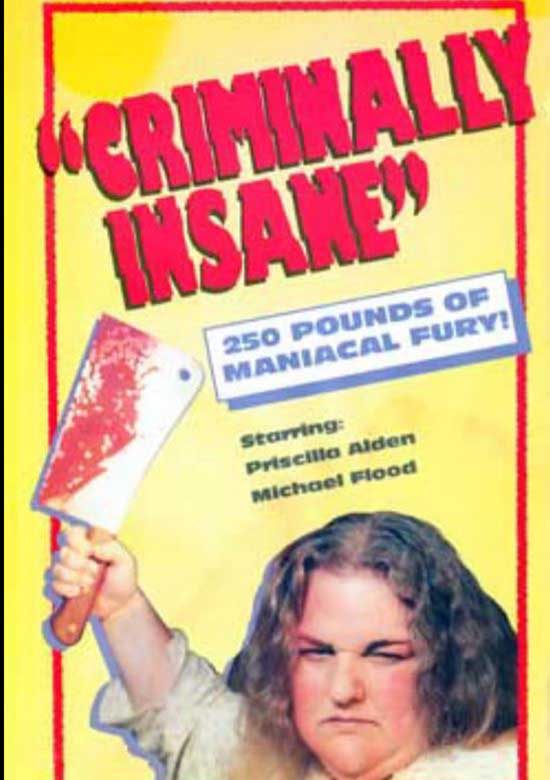 An obese woman recently released from an insane asylum kills anyone who attempts to get her to stop eating.

I’ve heard of the movie Criminally Insane but under a different name. I had originally become familiar with it under the title Crazy Fat Ethel. Not exactly the most sensitive name for a movie, so I can understand why they’d rebrand it. Knowing it by reputation, I was not exactly relishing the thought of sitting through this film. 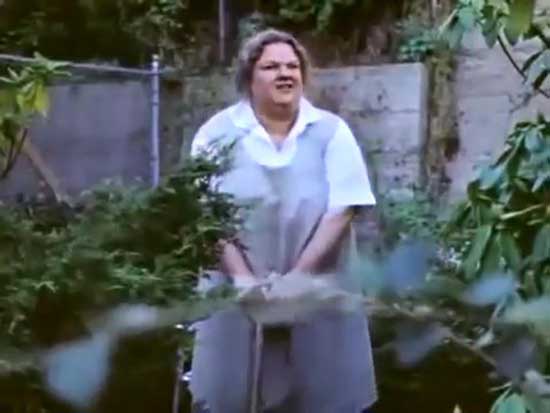 Criminally Insane centers on Ethel, an obese woman who is released from a mental institution into the care of her mother. Her mother starts putting locks on her fridge and pantry to prevent Ethel from raiding the food. The woman is on a limited income, and Ethel’s overindulgence is too much of a burden on their finances. Unsurprisingly, Ethel doesn’t take kindly to this and murders her mother. Soon she begins killing anyone that discovers her crime. Her problems become exacerbated by the arrival of her sister and her sleazy and abusive boyfriend.

One of the things that stands out immediately in this film is it’s poor production value. Everything about the movie looks cheaply made. The quality of the film, the settings, and sound quality, are all horrible. It’s not the worst I’ve run across when it comes to those aspects. However, it’s a case of saying a cow pattie doesn’t smell as terrible as the other one, but it’s still bad enough to make you gag. What little gore effects there are happen to be the best part of Criminally Insane, but even that still looks cheesy and poorly executed. 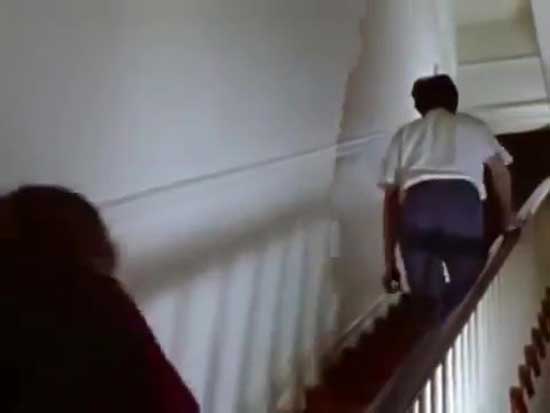 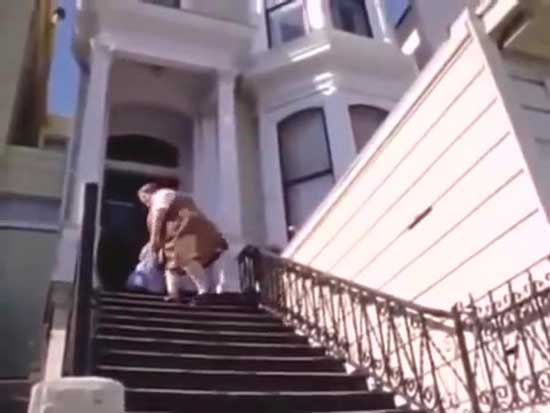 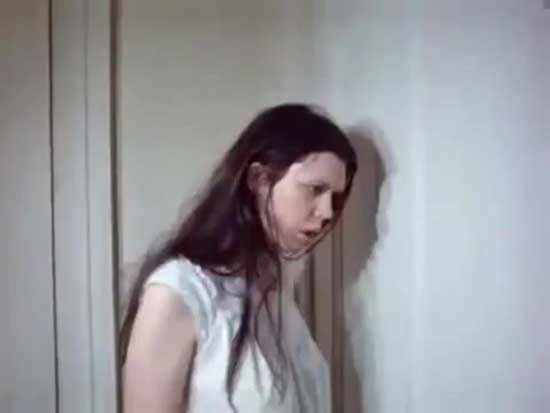 After having seen numerous celluloid stinkers, I’m used to horrible acting. Criminally Insane has the dishonor of having some of the worst performances. Not a single person shows the ability to emote, or if they do, they’re only capable of showing one emotion (and not very well at that). Even worse, not a single character is remotely likable. Ethel herself doesn’t have a single redeemable quality. The film could have worked if the filmmakers tried to make Ethel a sympathetic character who suffered from some form of psychosis where she isn’t completely responsible for her actions. Instead, she comes across as a stone-cold sociopath whose narcissism.drives her to kill anyone that stands between her and what she wants. For a movie originally titled Crazy Fat Ethel, there’s nothing compelling enough about her. Her sister comes across as a shrill whiner and perpetual victim. She easily could have taken the role of heroine if she showed one ounce of strength. Instead, she let everyone treat her like crap and didn’t do anything to make an audience root for her.  She’s not developed in a way to make her sympathetic, just annoying. Her boyfriend was an abusive, self-centered, jerkwad who is the one character you wanted to see die horribly. There’s no one an audience to connect with or care about. 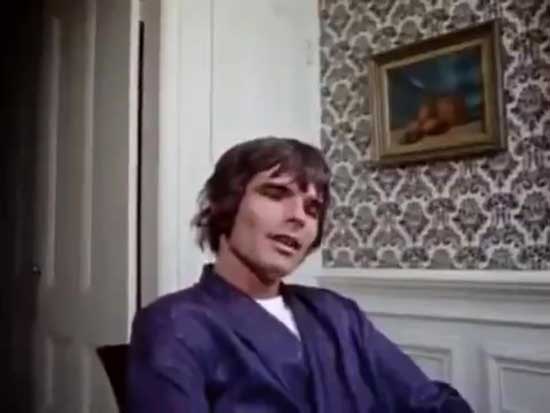 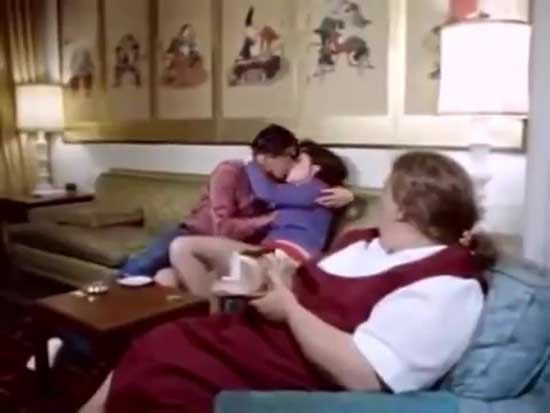 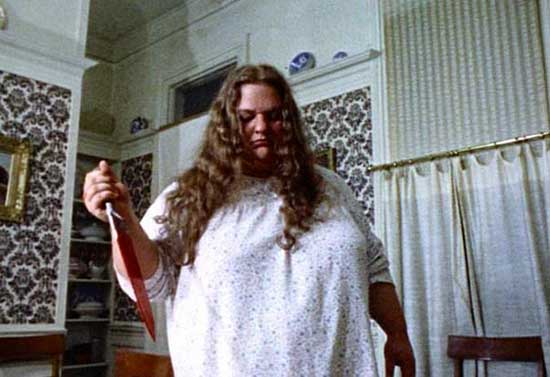 I did want to mention the title. Admittedly, this isn’t a major flaw and more of a quibble on my part. I can understand changing the title to a degree since Crazy Fat Ethel is a little crass. However, for what it’s worth, it fits the movie and it’s not like there aren’t other films with titles just as tasteless or worse. However, I don’t think Criminally Insane fits. In most states here in the U.S., to be found criminally insane a person has to show that they are unable to determine whether or not their actions were illegal. The movie never does enough to show that Ethel is unaware that what she’s doing is wrong. If anything, she seems fully cognizant of what she’s doing, she just doesn’t care. Maybe if they chose a title that better reflected this, it’d make better sense. For instance, doesn’t something like “Deadly Ethel” makes more sense? 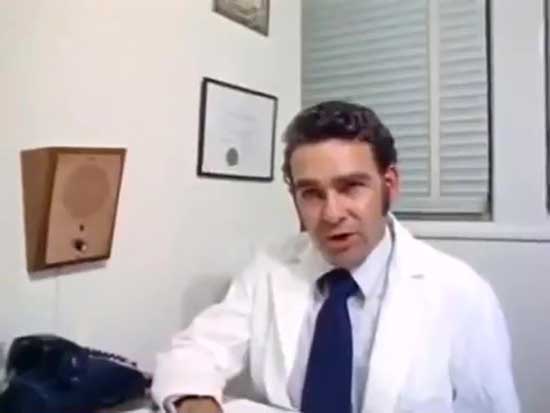 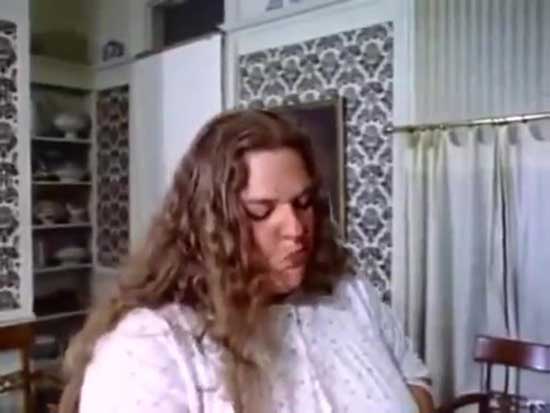 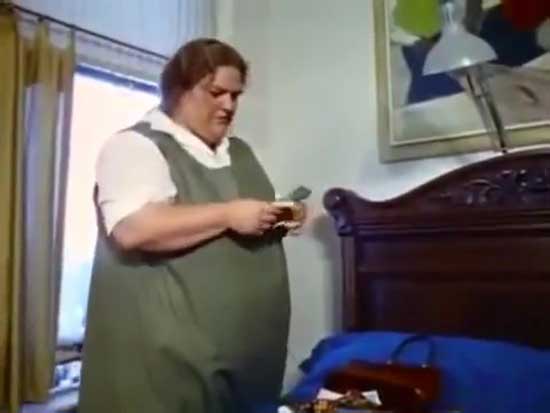 On top of the various flaws I mentioned, Criminally Insane fails to be interesting on any level. Maybe if I had someone watching with me to help me make fun of it, I might have gotten some enjoyment out of the experience. With that said, I don’t even recommend watching this if you have some buddies to laugh at it with. It’s not worth the waste of anyone’s time.