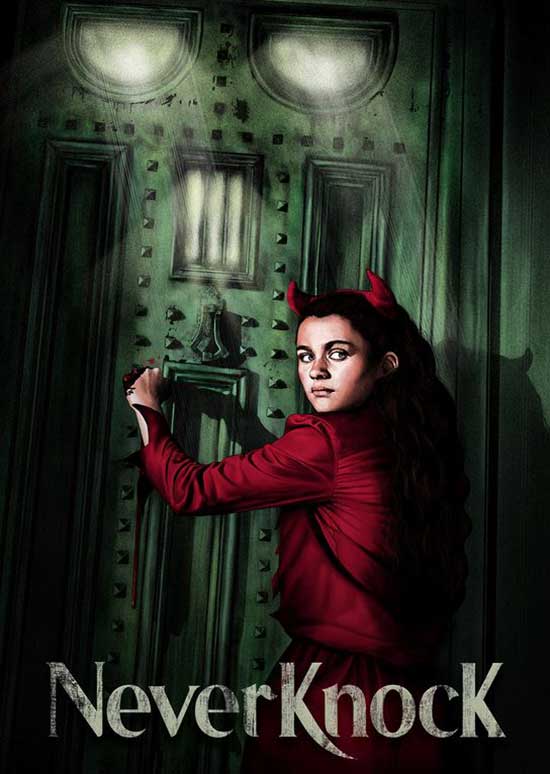 Halloween fun turns to horror when young friends ignore the warnings of a local urban legend and unintentionally unleash a gruesome creature known as Never Knock, that uses their worst fears to stalk and kill them one by one

Why does seeing “A Syfy Original” at the beginning of a movie bring on a sense of dread?

“Neverknock” tells the story of an abandoned house.

Many years back, a kid knocked on the door of this house on Halloween as he was trick-or-treating. He cuts his hand on one of the door spikes. As his older brother and the brother’s girlfriend watch, the door of the house flies open, and the kid is sucked in. The other two follow. 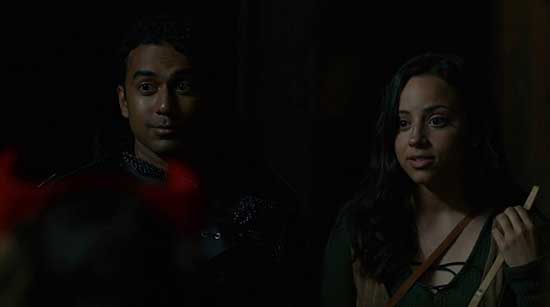 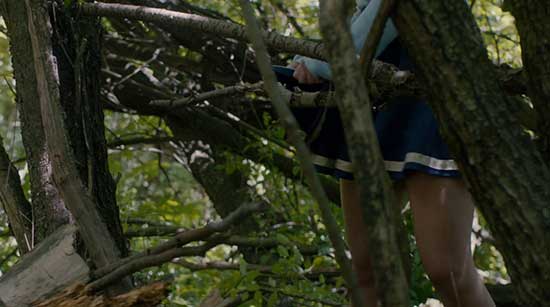 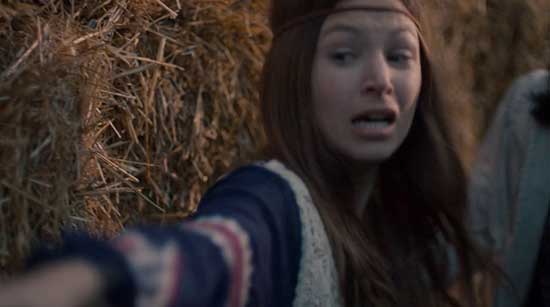 A cop on patrol finds the girlfriend, bloodied and terrified. She tells him about the house, that “it knows what frightens you”. Then she sees snakes crawling on her that no one else can see. One of the large snakes snaps her neck as the cop holds her.

Rushing to the house, the cop sees the older brother being slammed into walls and ceiling by an invisible force. When the dead teen is crushed into the floor, the cop can see, carved into the boy’s skin “Never never knock”.

Which means the house becomes an instant Halloween must see! Throughout the years, kids go up to the house, knock three times for “Never never knock”, and wait for a response. None comes, and the stunt becomes a tradition used to scare little kids and initiate new kids to the town. 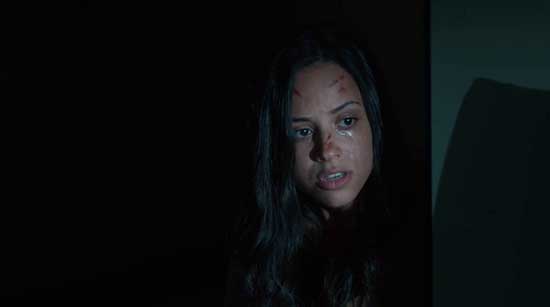 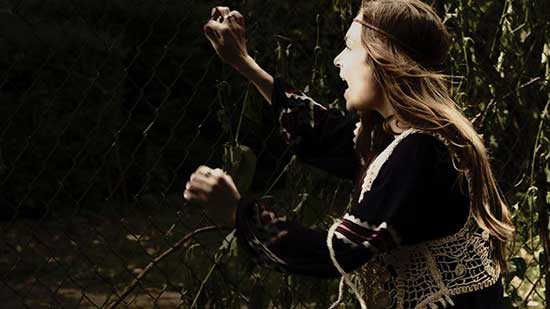 Enter Grace and Jenna. They are fairly new to the town. Jenna is the younger sister and far from timid. Grace is haunted by the memories of being trapped in a wrecked vehicle as she watched her mother burn to death.

Enter the standard group of friends who intend to take Grace out for some Halloween fun. Unfortunately, Grace and Jenna’s father won’t be home until late, so Jenna gets to tag along with the other kids.

If you guessed the group of victims will head to the Neverknock house to during their evening, you would be correct. Jenna, after cutting her hand on the fence around the house, knocks three times. The blood is absorbed into the door, and the door flies open. As the teens flee, they realize Jenna is no longer with them.

And the door to the house slams shut.

Oh, how fresh this idea of an evil thing using your fears to kill you is! Shocking it has never been done before. Let’s be honest; this concept has been driven into the ground further than a pipeline straight to Hell. It’s even been done on a planetary scale in “Galaxy of Terror” back in 1981. Oh, just put some young faces in front of the camera; no one will notice the script is so tired that even the actors look fatigued. 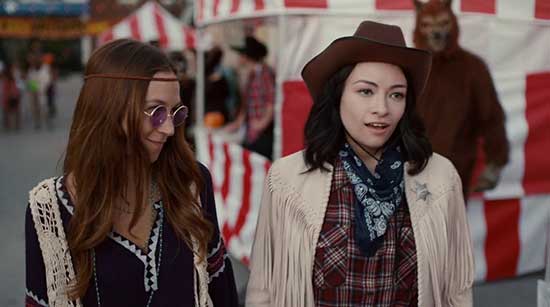 That fatigue is probably boredom from the actors. There are so many points for the plot to hit, and to fill the run time, that virtually no time is given to flesh out the characters beyond “next victim”. If any of the actors tried to work in character quirks and nuances, the director must have responded with, “Look, just hit the damn marks and deliver the lines and save that acting crap for your next movie.” They all rush about looking for the next plot development. In the end, you either identify with the characters you find physically attractive or you impatiently check the remaining run time.

Keep walking if you are looking for scares. They could not even afford jump scares. Instead, you get people attacked with their fears, but most of the characters are so under developed that you can only make assumptions about their fears based on what they see. Mostly, Grace’s fear of fire and another character’s fear of blood get a bit of foreshadowing. Not that their fears really matter as the evil entity straight up kills a few characters without employing fear to end their screen time. 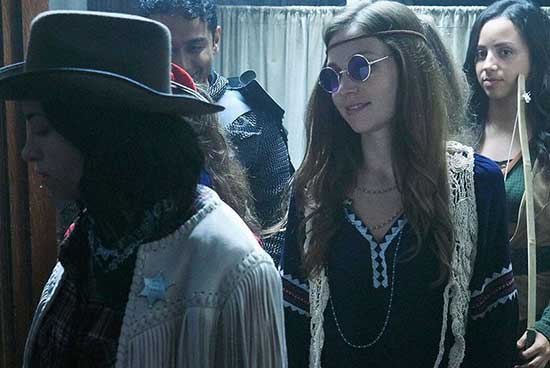 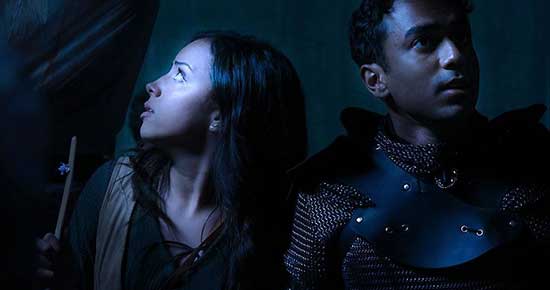 “Neverknock” does manage to slightly raise an eyebrow with younger characters on the receiving end of a reasonable amount of violence. We are not talking “The Children” level of lopping off their body parts, but Jenna does get jacked up worse than would be expected with a kid. Not much of a selling point and, if it is for some, then that is more frightening than this movie ever will be.

Pass on “Neverknock” unless you have to have a movie fix. It is so dull and bland that they clearly edited it for commercial breaks instead of editing it like a feature film. You will wish they had left the commercials and forgotten the film.