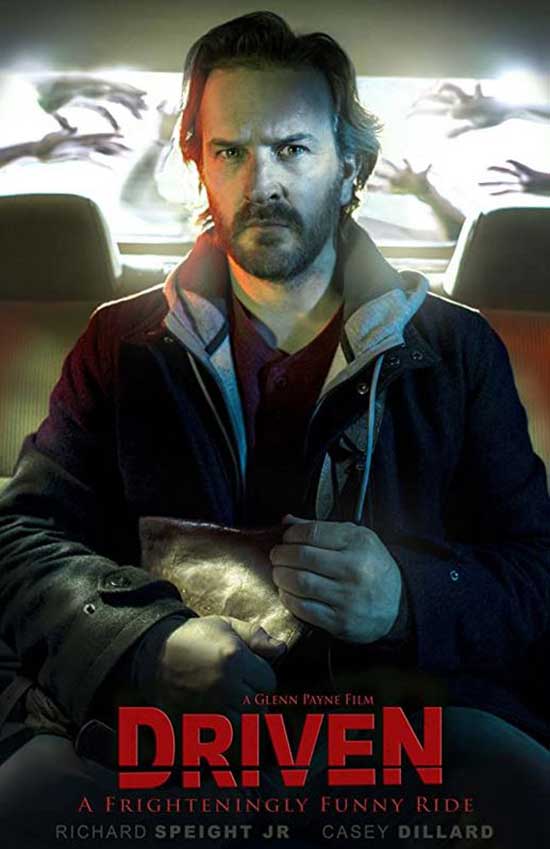 Emerson Graham’s nights as a cab driver are filled with annoyances and inconveniences, but until tonight, never attacks and disappearances. After picking up a mysterious passenger her evening goes from working a job to performing a quest as they must race against the clock to defeat a force of evil. The meter is running.

Got your turd spoons at the ready, folks? Great! Let’s dive in.

“Driven” is the tale of an invasion of demons, for lack of a better term. It begins with Emerson, a driver for a taxi service app, starting her evening run for fares. We see a lovely cross section of her customers – drunks, party girls, grumpy old men. In between, she rehearses her stand-up routine.

Until Roger climbs into her car. 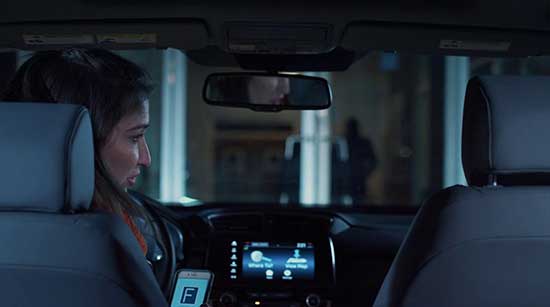 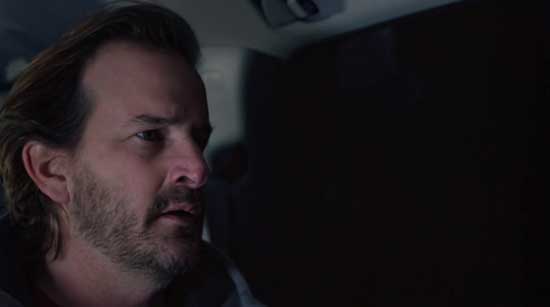 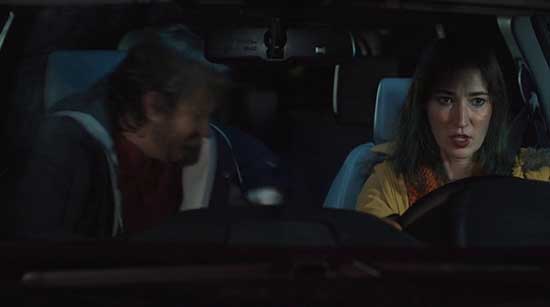 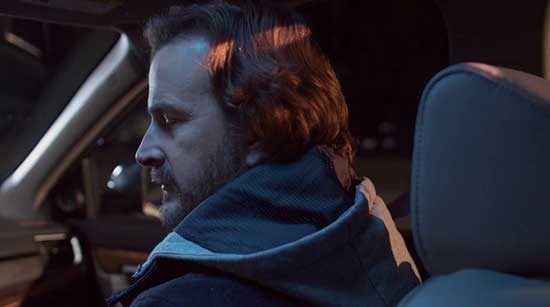 Roger is on a mission. He does not have time for chit chat or jokes. He promises a tip to make the multiple stops worth Emerson’s time. Off go the two of them.

When Roger returns from one of his stops with blood on his hand, Emerson panics. Threats and a touch of minor violence ends with the car being pulled over by a cop. Yet when Emerson attempts to rat out Roger as a psycho, she is witness to an attack on the cop by – you guessed it — a demon. “For lack of a better term,” Roger explains.

Emerson finds herself driving deep into an evening of horror, self-discovery, demons, ex-girlfriends, and turd spoons.

While “Driven” does deal with demons, it is more of a comedy about two strangers who find themselves depending on each other while learning about one another and themselves. Yeah, that might sound high minded, but the instant Emerson explains the story behind the infamous “turd spoon”, you realize this is about average folks just trying to figure out how to get through the next few hours without dying or losing their minds and/or souls. 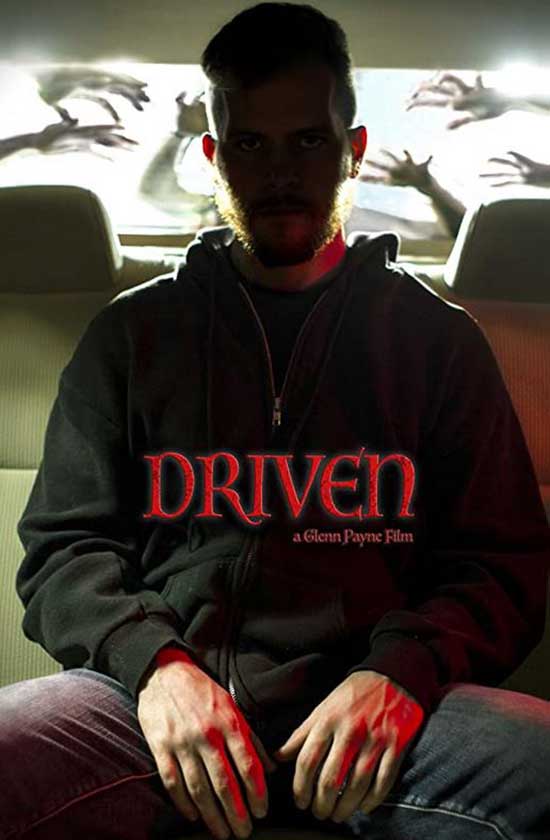 You’ll spend the bulk of the film in the company of Emerson and Roger as they plan, bicker, and joke their way to hopefully saving mankind. Most of the film takes place in or immediately around the car Emerson drives. With that level of intense immersion with two characters, the actors must be able to sustain the characters and the viewers’ interest. The two primary actors do an excellent job.

Casey Dillard plays Emerson. She also wrote the script, so she pretty much tailor-made the role for herself. While Emerson is a very capable character, she is no Mary Sue type. In fact, she takes some pretty serious abuse of all types in this movie, and it wounds her. Still, she more than holds her own against her co-star, Richard Speight, Jr. 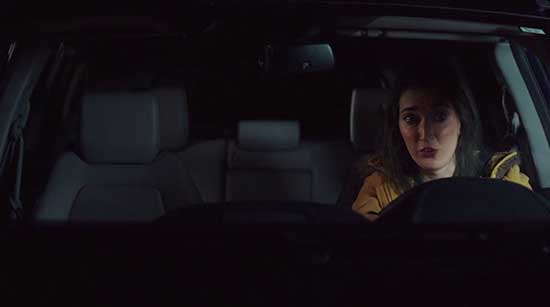 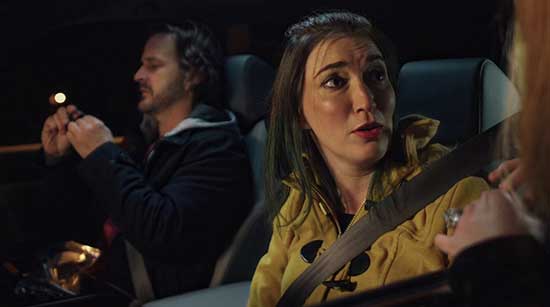 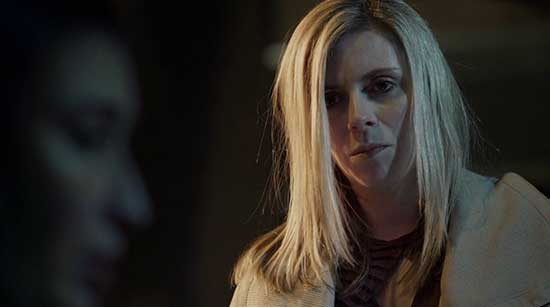 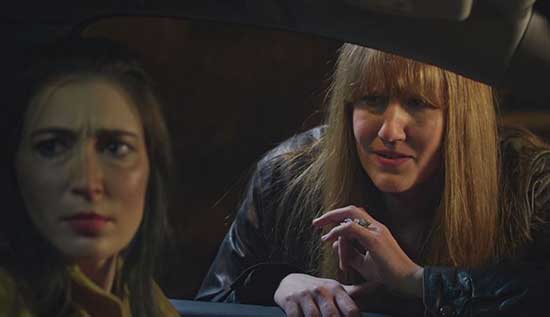 If you have ever binge-watched the TV series “Supernatural”, you probably saw the characters Loki or Gabriel. That was Richard Speight, and he was one of the best actors to grace that long-running series. He is unimposing and unassuming, but once he gets going, the man is a bundle of comedic energy. Here, he does take on a crueler nature for part of his performance, but he still makes Roger likeable in spite of being an ass now and then.

If you are looking for gore and violence, “Driven” is horror lite. There’s more blood in the opening scene of any given episode of ‘Supernatural” than in this entire film. No jump scares or CGI special effects sequences. Dillard’s screenplay creates a nearly perfect low-budget wonder. Restricting 90% of the film to the interior and immediate area around the car means minimal location costs and well as making the film and its events more immediate as they happen inches from the camera. Imagine it as more like “My Dinner with Andre” filmed during a zombie outbreak, but not as high minded. 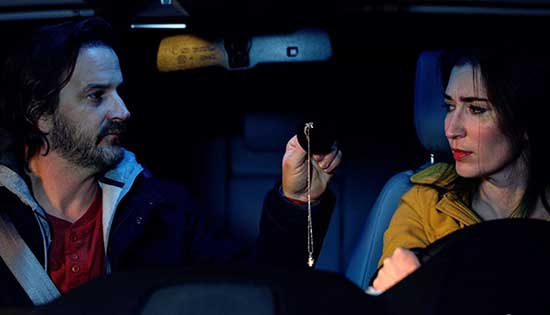 “Driven” is the kind of a movie that is hard to dislike. The main characters are quirky but relatable. The pacing is spritely. The horror elements do not derail the comedy but do play a crucial part of the plot. The film is one of the more entertaining low-budget indie movies currently on the market. Give “Driven” a shot, and it is almost a sure bet that you’ll be itching to say “turd spoon” to someone by the time the film ends.