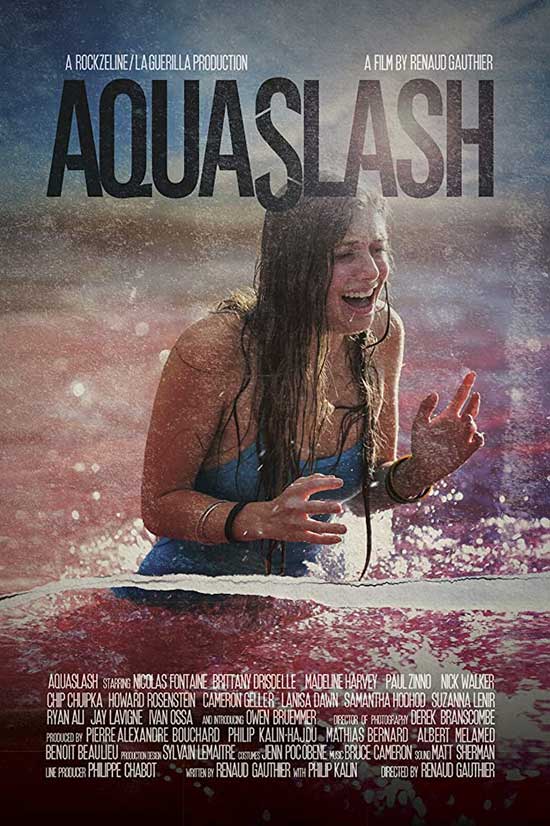 Upon graduation, the students of Valley Hills High School have gathered together in final celebration at a local water theme park called “Wet Valley water park”. The theme of the night, 80’s, provides the backdrop for a smattering of teenagers focused on partying, music and sex. It’s a literal showcase of beautiful young girls and guys coming together for a bash they soon won’t forget. The only thing missing from this fun “horror romp” is a heavy helping of murders which comes in the form of a killer device, a couple of razor sharp blades positioned to intersect those unlucky enough to go down the wrong tube. Inspired by a local legend of 20 years ago, it becomes clear that a mystery killer is intent on making the past myth a reality.

Backing up a bit, Aquaslash is designed to create the old 80’s style of movie foundation featuring kids intent on having fun, getting into trouble, fighting and a few fleeting relationship dramas. We meet the owners and mangers of the place, Priscilla (Brittany Drisdelle ), Paul Wilkinson (Nick Walker) and the resident A-hole of the bunch, Tommy played by Paul Zinno. Beyond running the place, they are the token event coordinators charged with keeping things lively.

Kimberley (Lanisa Dawn), an employee of the park, has a former crush on ol flame Josh (Nicolas Fontaine), the lead singer of the night’s music act (despite her possessive boyfriend Tommy). Josh only wants to play music and perform while his group deals with the legacy of the high school bullies always getting in the way. Alice (Madelline Harvey) just wants to party and start off the summer with a bang.

Aquaslash is a pretty fluid film while keeping things simple. The stereotypes are intentional reminding us of a past era when horror films were still fun. In all, the film is intended to be playfully quirky, while serving up a rather cool way of killing off impressionable high schoolers.

The gore here is purposely anticipated as the set up goes into play. What makes it all so fun is that the viewing audience is in on the horrific joke way before it happens. Regardless of the fair warnings, the threat is ignored which leads to dire consequences to those who end up in the wrong tube. Better yet, the idea that a few stragglers are still caught in the blades makes for a great “here it comes” buildup as teens fling themselves down into the water tubes. 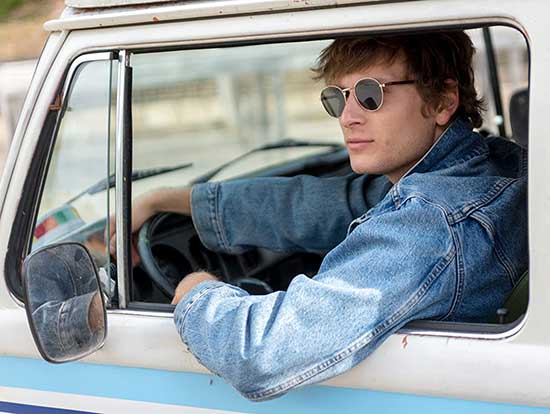 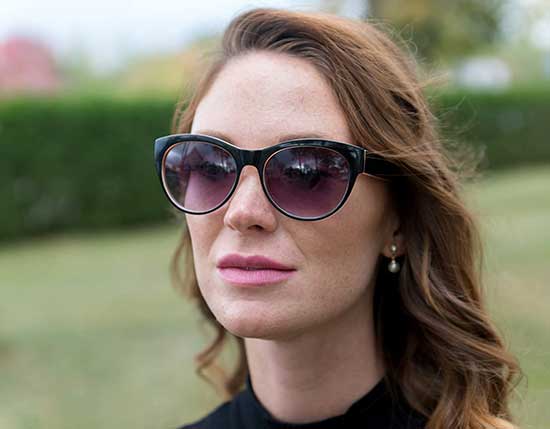 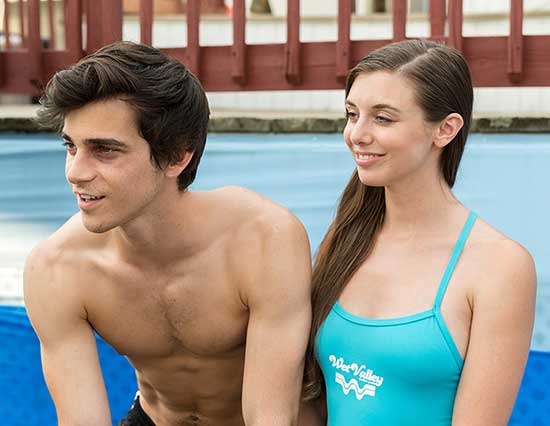 Aquaslash is a bit shorter than other features while still getting us right to the point of the whole she-bang. The character build up works nicely allowing some forms of drama to ensue while also leading us thru one sex romp after the other. In all, I thought it was an cool original little horror pieces with an idea that I hadn’t seen before. I presumed this was going to be another one of those masked-slasher thrillers, yet it surprised me with a simple but effective prop. 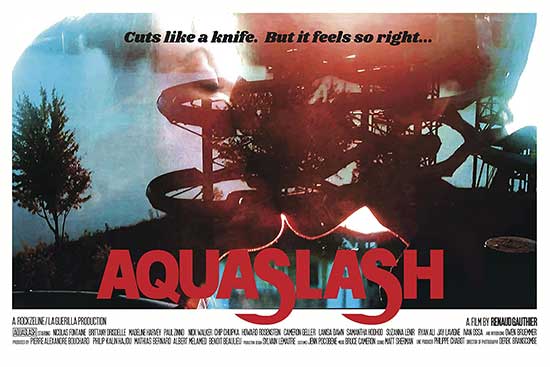 Fans of teenage gore and bathing-suit-clad-ladies strutting around will find this one really enjoyable. Aquaslash is a weird title belonging to a weird film. Hands down good time with all the right elements in place, Aquaslash will put a smile on your face!