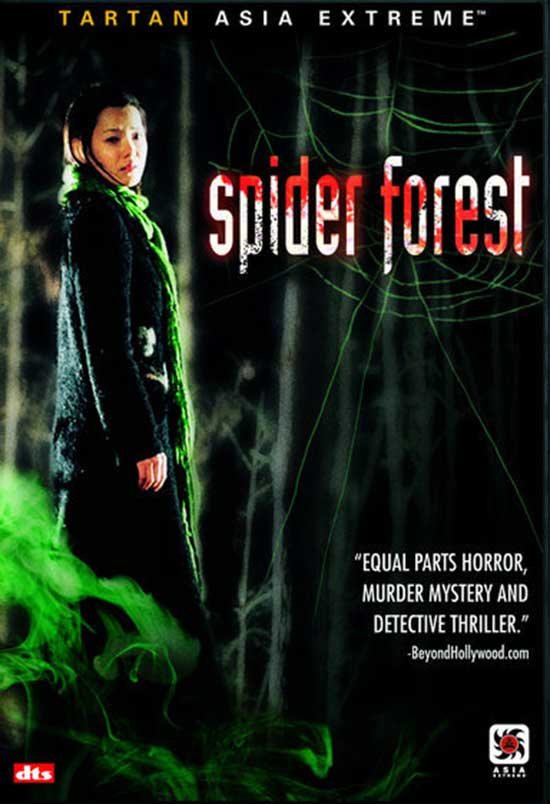 A recently widowed TV producer is drawn to an isolated cabin in a mysterious woods.

Il-gon Song’s Spider Forest is moody psychodrama that blurs the lines of reality to a point of completely confusion, never to really untangle them in a satisfying manner.

Recently widowed TV producer Kang Min (Woo-seong Kam) wakes up in a dark forest. Scared and confused, he wanders into a nearby cabin, only to find his girlfriend hacked to pieces and slowly dying, alongside a dead body of a strange man. Before he can react, he spots the murderer fleeing the scene and during the pursuit through the forest, Min gets attacked by him. Now badly wounded, he staggers to nearby highway and ends up getting hit by a passing car. If all of this was not bad enough, as soon as Min wakes up in the hospital, he finds out that he himself is the main suspect in the grisly murders. With the help of his police friend Choi (Hyun-Sung Jang), Min must try to piece together his fleeting memories in order to find out what really happened. 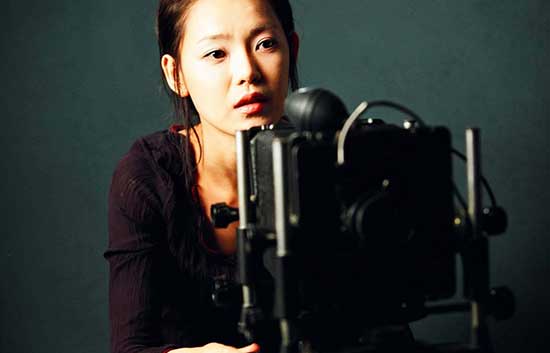 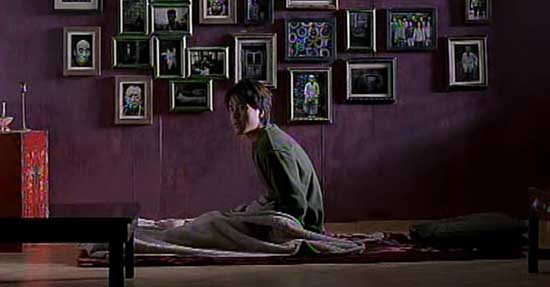 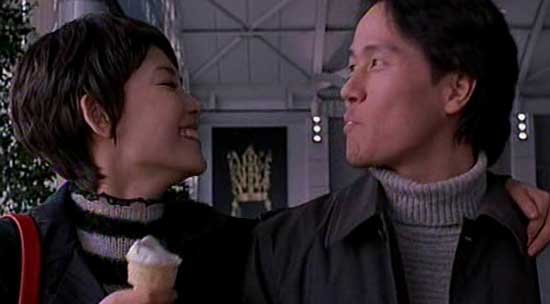 In the style of thrillers like Memento (2000) or The Machinist (2004), Spider Forest plays with the broken-down memories of its protagonist, creating a nonlinear storyline that jumps back and forth in time. I usually quite enjoy a thriller of this ilk and relish the opportunity to try to piece together the disorganized memories and flashbacks. 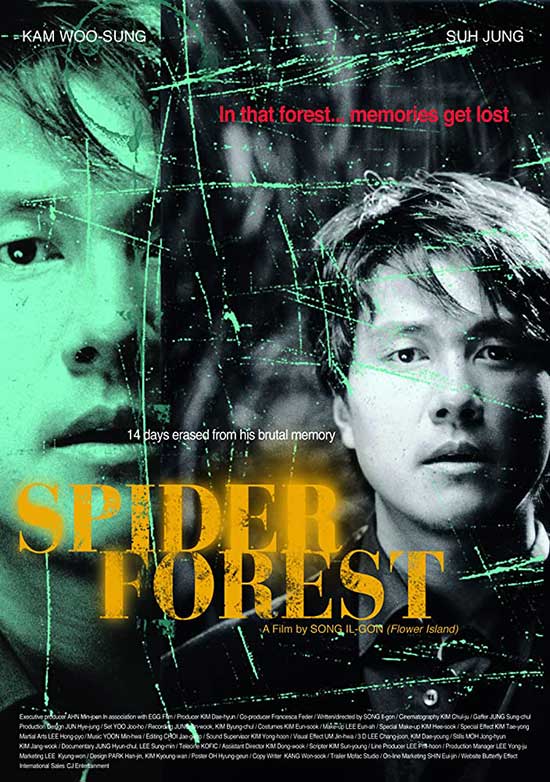 However, I could not get into Spider Forest no matter hard I tried.  After a strong start, the whole film is just like a never-ending fever dream that jumps about so much that often times it’s incredibly hard to know where you stand in the story. The atmosphere throughout the film is as dark as the forest Min find himself wandering in time and time again and there isn’t really anything to give this bleak and depressing story any kind of levity. Everyone cheats, abuses or kills each other and any friendships formed are torn apart by tragedy. I understand that this is the style of this type of thriller and very much a part of the bigger picture, and as I have already stated I have indeed enjoyed films like this before, but something about this particular murder mystery just felt exhausting. The constant bombardment of flashbacks, dream sequences and possible memories just gets tired after a while and I found myself yearning for a little bit for a respite from it all. I really do not mind films that don’t overly explain every little detail about their story arcs and usually I champion the “less is more” approach when it comes to horror mysteries, but in the case the Spider Forest maybe a little bit more could have been, well more; or at least made the whole damn thing a little bit more gratifying viewing. 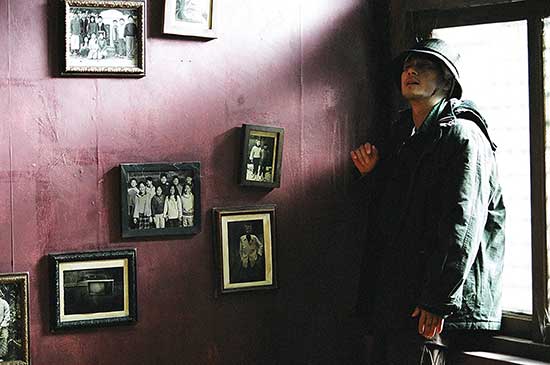 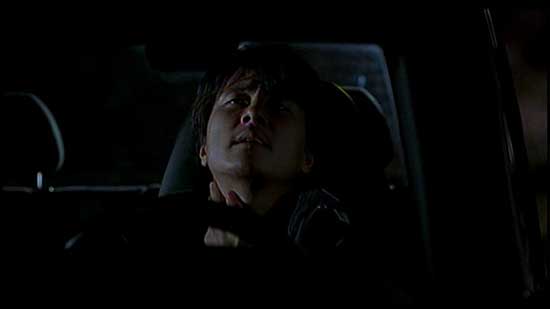 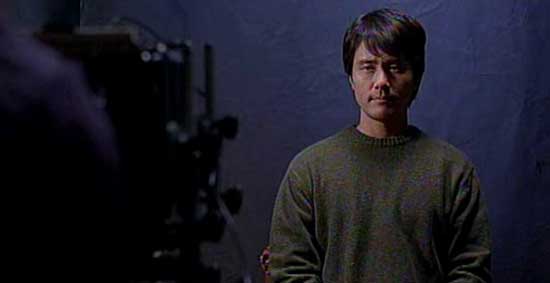 Even though I will fully admit being completely puzzled by the plot and its many twists and turns, one thing I did guess from the very get go was the identity of the mystery murderer. This is probably due to the fact that the film is 16 years old and the same plot device has sense been used in numerous occasions, but it nevertheless felt like a bit of let down to know what’s going on ever before the film has even really got going. And perhaps it is here where my dislike of Spider Forest stems from: going through nearly two hours of constant confusion, only to find that I was right all along and the great reveal isn’t very revelatory at all does not make for a super enjoyable way to spend your time. 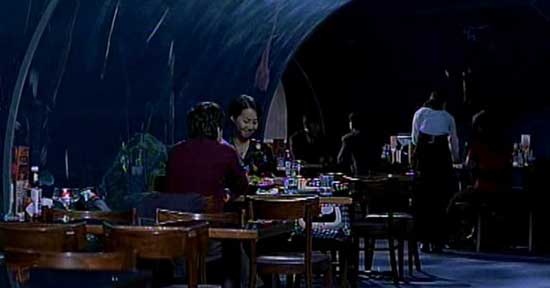 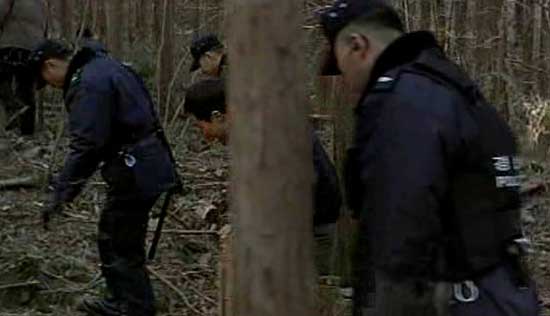 All that being said, Spider Forest is not a bad film. It has solid actors, great atmosphere and as far as mystery elements go, it has enough to share with a few other films and still have some left over. It just was not for me. Something about it just felt overly heavy and the convoluted plot structure was twisted up to a point of the whole thing feeling like cheap gimmick. Even so, if you are a fan of bleaker than bleak, labyrinthine murder mysteries, please give Spider Forest ago. Just because it was not my cup of tea, doesn’t mean it won’t be yours.