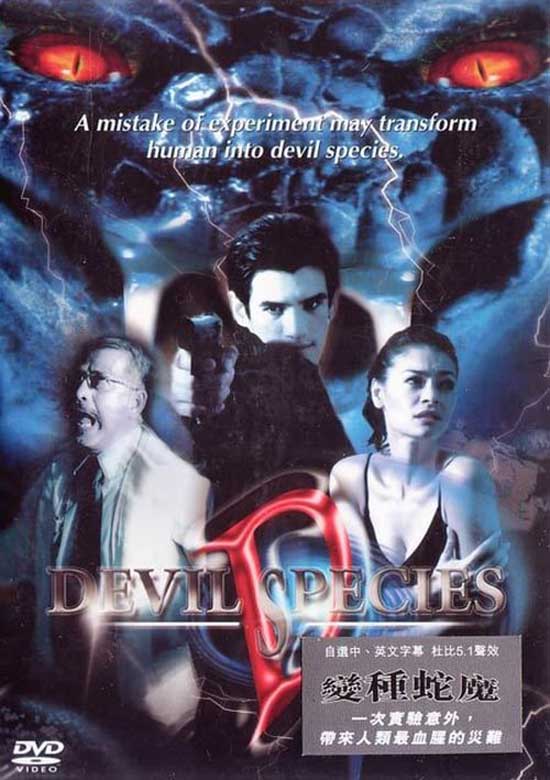 A mistake of experiment may transform human into devil species. Dr. Diana and her father, Dr. Rung, discovered a new kind of snake-bite serum, X5N-1, was the great serum that could protect humans from snake poison. Both scientists were invited by World Health Organization (WHO) to receive a great award at Switzerland. Dr. Diana had to travel with Alex, her boyfriend, because her father would like to continue experimenting at the laboratory. During the experiment, Dr. Rung was bitten by a fierce snake. This made him transform into devil species with human’s body and snake’s head. At the same night, he killed all scientists in the research institute.

Like most people, I too have a guilty pleasure. Rather than junk food or a cheesy band you used to like in your younger years, mine is made-for-TV/straight-to-video creature features. If you’ve ever watched a single film produced by the SYFY channel, you know exactly what I’m talking about. I can think few things as relaxing after a long day in work than sitting down to watch a film about the most improbably scientific scenarios, jazzed up with some even more unlikely animal hybrids and shamelessly trash the whole film with my husband. And that of course is the true beauty of these type of features; to poke holes in their non-existent logic and shout at the actor’s miserable performances. I love it. So, when I was presented with a copy of something called Devil Species, I was naturally quite intrigued. This Thai horror (although I do hesitate to call it horror) directed by Poom Opium is most certainly on the same boat as those aforementioned SYFY productions. However, if you happened to think that SYFY’s releases are atrocious, you might want to think again. Devil Species easily tops them all in plot, acting and special effects apartments, and not necessarily in a good way. 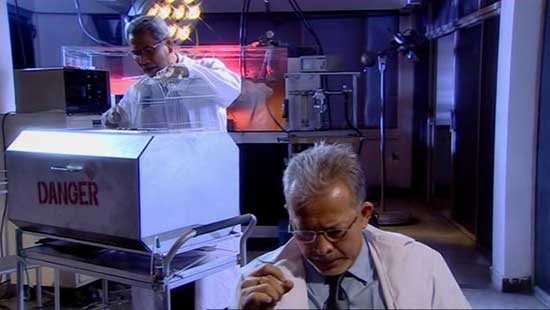 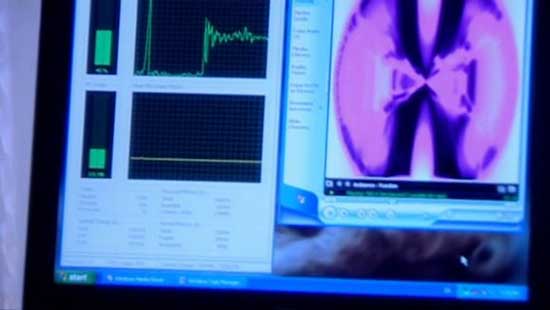 So, top scientist Dr. Diana and her father Dr. Rung have discovered a new serum X5N-1, “The greatest serum now” that “Resists poison and kills cells” (What? Why?) In other words, it’s an antidote to snake venom. Unfortunately, it comes with some rather major side effects that turn who ever uses the serum into a blood thirsty snake person. Solid science so far.

The film very oddly starts with a Caucasian looking group of friends, none of which talk native English (which in my mind makes the whole episode pretty much the best 10 minutes of the film), on a camping trip. For reasons that never get explained, one of them also happens to have some sort of camp site science lab with her and, as luck would have it, a test tube full of the untested X5N-1 serum. It soon comes handy as one of the friends ends up being bitten by a snake and she then becomes the serums first victim. 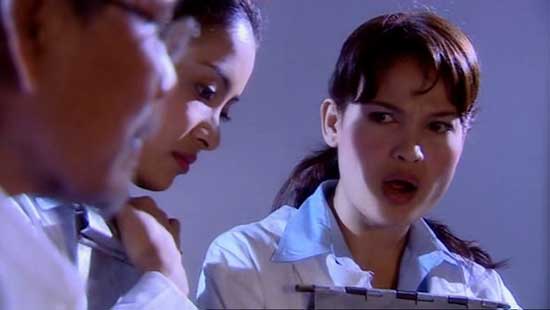 However, after going on a bloody killing spree and murdering all her friends, this story arc is quickly forgotten as the story moves on to the world of science where Dr. Diana is planning a trip to Switzerland to introduce the X5N-1 to the international scientific community.  Of course, before she can even get to the airport her own father falls a victim to one the extremely venomous snakes in his lab and must use the serum on himself, despite knowing full well the dangers of the possible side effects.  Well, you can probably pretty much guess the rest. Deadly snake father goes on a rampage in the lab building, with very little logic to the way he attacks people or how his victims react to being attacked. Some of them simply die but for some reason one his close colleagues turns into a loyal servant for him, mopping up blood, hiding corpses; the kind of stuff that Dracula’s servants would do.  But never fear, Dr. Diana and her trusted male friend (didn’t catch his name) come and save the day. It’s just lucky that this mysterious male companion happened to be carrying a gun with him. You know, as you do when you’re on your way to the airport. Snake people eat lead and everyone lives happily ever after. Or do they… 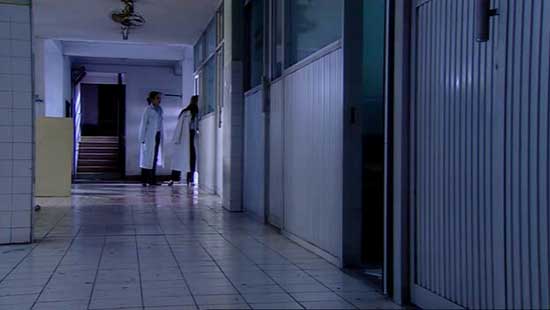 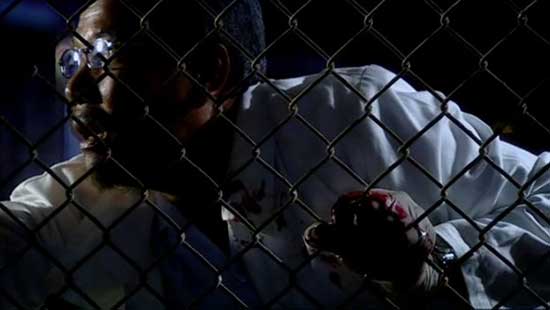 Safe to say that Devil species lack logic of any kind. It’s not just the completely outlandish scenario of a serum that creates deadly snake people, but just normal human reaction to things. For example, in a scene where a blood curdling scream (snake father) is heard around the lab, it takes infeasibly long for anyone to react. The lab workers just pootle along in leisurely manner like someone screaming in the background is just a normal day in the office. Finally, after (maybe) the third scream someone thinks to check out what’s going on. The acting is bad all around, supported by equally terrible cinematography and editing. On more than one occasions the camera lingers on a person doing something completely frivolous, such as staring at a computer screen, for ludicrously long time, almost making you think that the film has gotten stuck somehow. The sound editing and mixing is equally dreadful with the dialogue constantly overshadowed by overly loud background noises/musical score. This actually starts to get a bit wearing towards the end of the film, as at points the dialogue is near impossible to hear. Not that I understand Thai, but it’s still nice to be able to hear what people are saying. Special effects continue the same trend and most of the snake make up looks like plasticine stuck to the actors faces. Doesn’t exactly inspire fear but will probably arouse a few laughs. 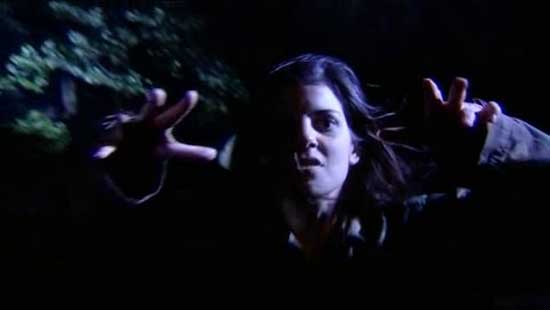 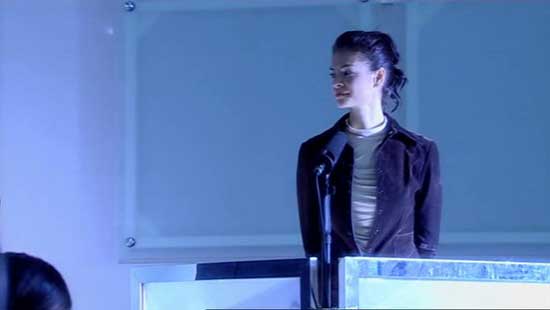 To quote my husband: “The people that made this film ought to be ashamed of themselves”.  While I can’t completely disagree with that comment, I must admit that Devil species is not without its charms. It’s completely ludicrous and incredibly badly made in so many ways, it’s bit of an unknown gem in the so-bad-they’re-good category. My recommendation would be to grab a like minded friend and couple of beers and let the snake people take you away.