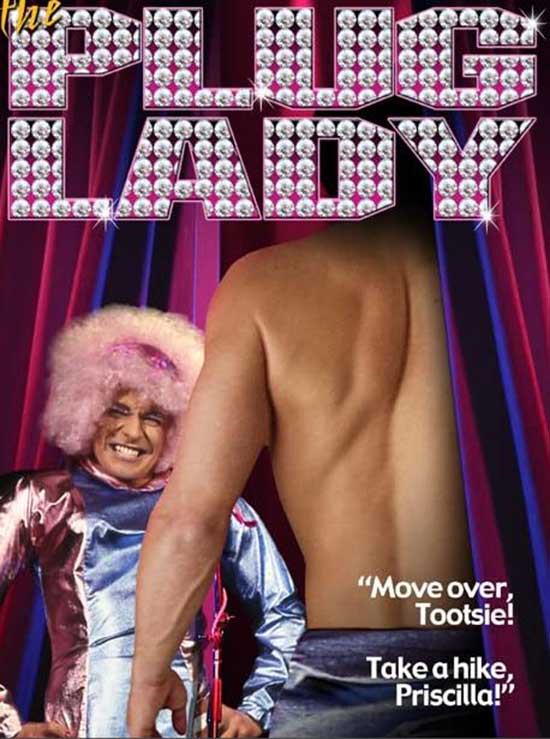 A young man who moves to New York City to become a famous drag queen. As the Plug Lady he gains infamy at a drag cabaret his dreams become realized while a devoted following is a witness to the transformation.

One good thing about the movie industry is that it does give creators a chance to make themselves heard as they make commentary about our society. It also gives them a chance to give a voice to marginalized people. As we all know, not all of these films are equal. Some are excellent, some are quite obviously people pandering to an audience, and there are others that while earnest in their intent manage to be terrible. 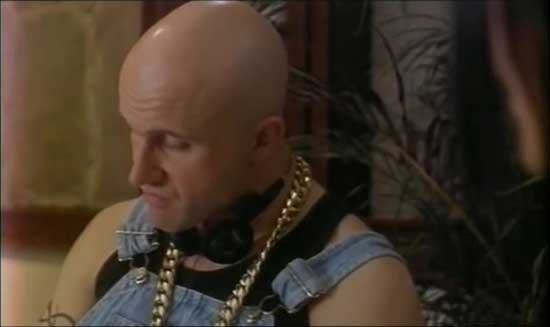 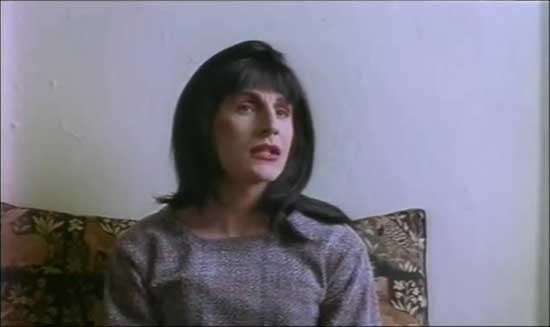 This brings us to The Plug Lady. Written, directed, and starring Anthony Saladino, the movie centers on Shawl Fajessy, a young man who moved to New York to become a drag queen. The story follows Shawl’s efforts to establish a career as a character that calls herself “The Plug Lady” while coming to terms with being a trans person in love with a man who doesn’t realize that Shawl is biologically a male.

Before I go into the negatives of this film, I will give the Plug Lady some credit. I think Anthony Saladino is very earnest in his attempt to give a glimpse into the difficulties of someone dealing with questions over their own gender identity in a world that discriminates against people like him. I can appreciate his desire to bring attention to these struggles, and I do think his heart is in the right place. These are subjects that have become increasingly prevalent today than ever before, so movies that cover these topics have a chance to be relevant in pushing forward a positive message. Of course, the movie would have to be good to have an impact. 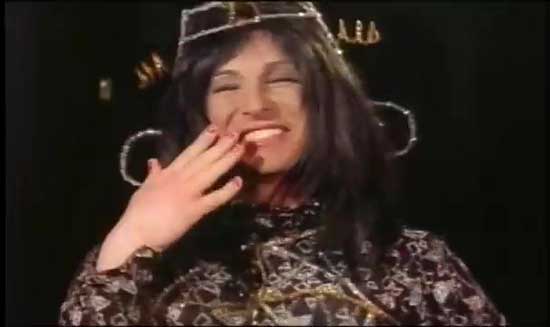 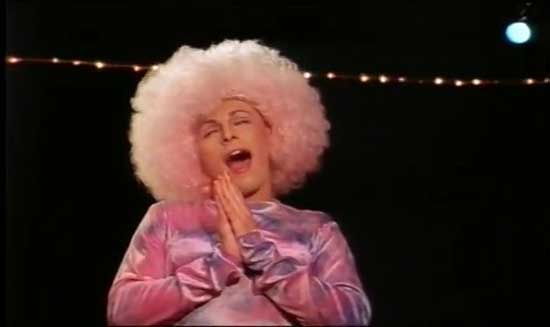 The biggest problem The Plug Lady has is in its script. It has a few plot threads that are introduced and then dropped, leaving you without any resolution to those story elements. You’re lucky if you get a throwaway line that gives any kind of indication. For instance, when you have a scene where a character tries to give themselves a sex change using a kitchen knife, you tend to have an audience that’s curious about what happened to the fellow after the fact. I saw the dude give himself a shlong-ectomy. Did they survive the experience? Did they get held for psychiatric observation after he recovered? Did they reattach the character’s member? Give them the sex change operation they had been denied earlier? The fact the moments like this don’t always get any kind of resolution can be maddening. 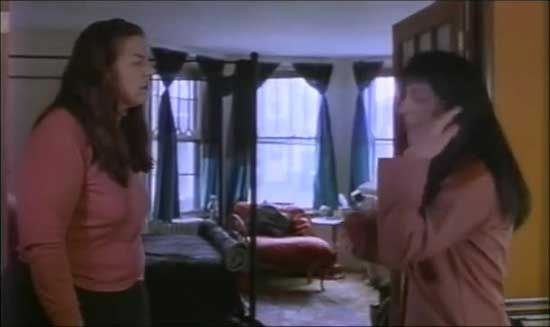 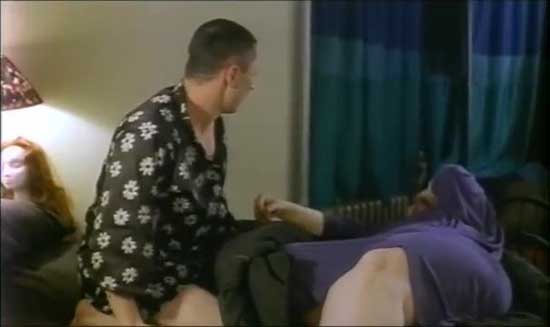 The movie is so singularly focused on Shawl’s own struggles that no time is given to other characters, yet it keeps introducing subplots for them that are never given enough time to be explored. While it’s always good to establish that characters have their own struggles, if these are not things that are meant to be a bigger part of the overall movie a filmmaker has to not give too much time to them or they set up the expectation that it is a story thread that will have more impact. It felt like Saladino didn’t strike that balance well. There’s an ongoing theme where one of Shawl’s friends, Jupiter, keeps having trouble with her boyfriend. It’s brought up so many times it felt like it was going to play a larger role than it actually did. Of course, I didn’t really care because the majority of characters are too underdeveloped for me to connect with on any level. Most of them are little more than cliche stereotypes. From the sassy best friend better at helping people with their problems than her own, to the love interest from the wrong side of the tracks that happens to have a heart of gold. There’s not much in the way of originality here. 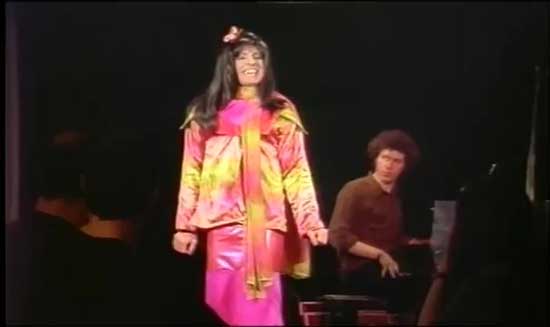 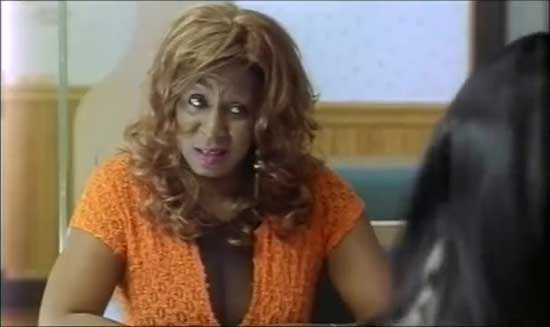 The script also asks us to believe that Shawl’s some form of a brilliant comedian. However, her (since Shawl seems to identify as a woman, I’ll use the pronouns to reflect that preference), act is terrible. Her jokes centers are not only unfunny, but they’re one-note. The punchline to every joke centers on the fact that she’s really a man, and it gets old, really quick. Shawl’s “Plug Lady” persona is grating under the best of circumstances. There are many genuinely funny drag queens out there, and Saladino would have done himself a favor taking some notes from them. Another issue with the script is it tries to give a happy ending that’s too sappy and rushed to feel earned. It lacks believability to say the least. 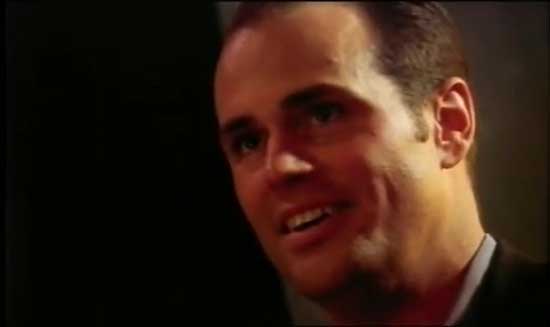 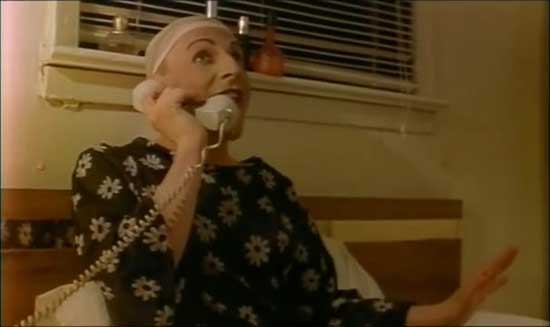 The Plug Lady is not a good movie. While I respect what it’s trying to do, it just doesn’t work on any level and fails to be interesting. Even if you could look past the flaws I listed, and even the ones I didn’t (acting is terrible here), it’s just not interesting enough. It actually ended up being dull, even for a drama. There are other movies that cover similar territory and do it much better, so I wouldn’t waste your time with this flick.