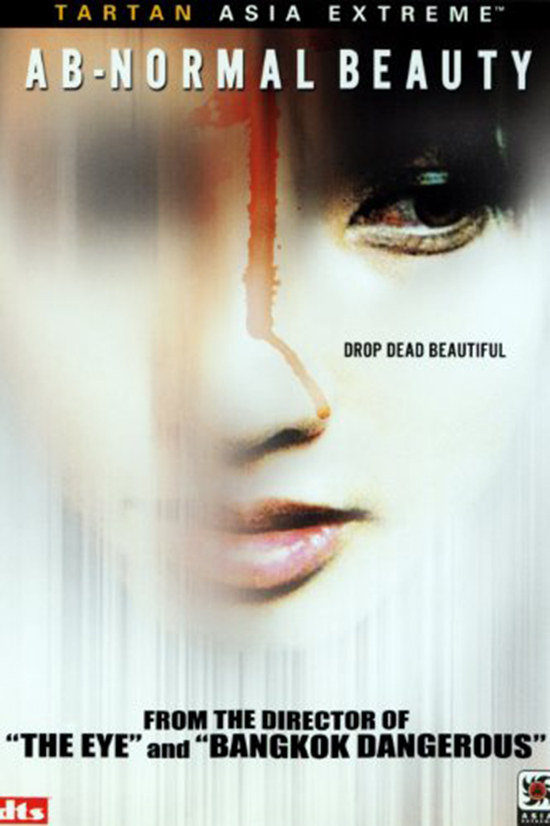 A troubled young woman dealing with something horrible that happened in her past witnesses a fatal accident and then becomes obsessed with taking photos associated with death. Things go from bad to worse for her when a mysterious person sends her a snuff film featuring the brutal death of a young woman. Is she the killer’s next target and if so will she be able to figure out his or her identity and stop them before it’s too late?

I have been curious about Ab-normal Beauty for a while as I like dark, depressing horror films and it sounded like it was right up my alley. Unfortunately I never took the time to sit down and watch it until recently and after finally checking it out I am not exactly sure if I liked it or not. Part of me did but at the same time part of me didn’t really care for it for a number of reasons. I am sort of on the fence about it and while it did have its moments every now and then I just don’t think that I will ever bother sitting through it again (at least for a very long time). 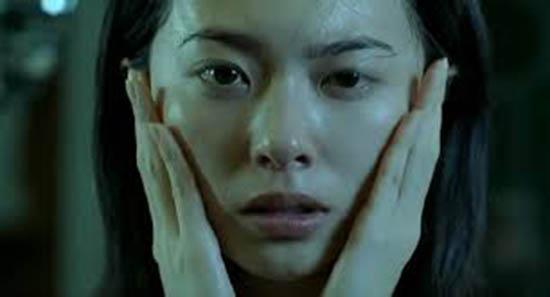 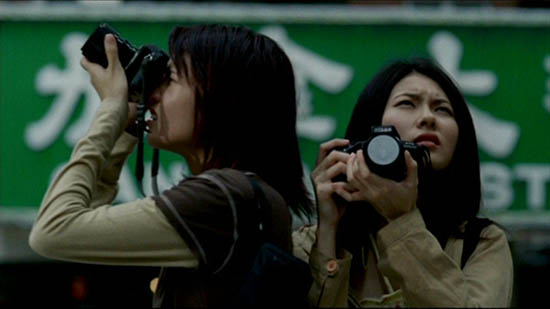 I liked the premise and thought that it was interesting. The problem though, is that it is almost like it is two different films crammed together and I’m not so sure that it worked. The first half-even though it is more than a little slow-is actually the better half of the movie if you ask me. We meet the main character Jiney (wonderfully portrayed by the always awesome Race Wong) and discover pretty early on that she has some issues thanks to something that happened to her when she was younger that has left her traumatized. I liked the character and thought that she was pretty interesting, especially after she sees a fatal car crash and becomes obsessed with all things related to death.

I enjoyed the first hour or so of the film as it is very character-driven and interesting, but then it switches gears and focuses on someone sending Jiney a snuff film, which I didn’t find terribly original or nearly as interesting. To me the movie goes from being a very strong character piece to your typical cookie cutter serial killer movie where we try to figure out who the killer is. While some people may dig the whole snuff film/serial killer angle I just didn’t think that it worked and it sort of kills the entire vibe of the superior first half of the movie. It felt really forced to me almost as if the filmmakers didn’t know what direction they wanted to take the film so they just decided to throw in the snuff film stuff at the last minute to satisfy viewers that wanted the movie to be more of a horror film than a dark and depressing drama. 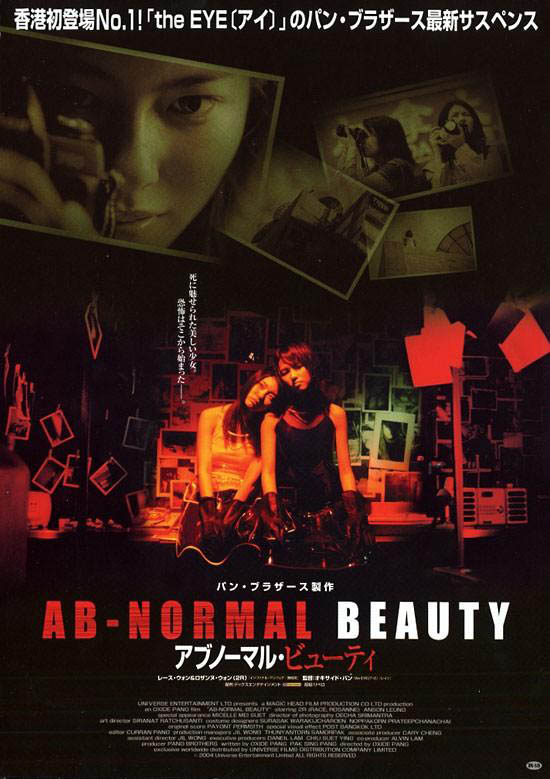 One of the main reasons that I didn’t care for the serial killer stuff was the fact that when we finally find out who it is it isn’t anything special. I don’t want to give anything away but let’s just say that the identity of the person is more than a little underwhelming. I think that I was expecting something amazing but that just wasn’t the case. I thought that the big reveal when we find out who is responsible for the snuff tape was actually pretty lame and forgettable. I don’t want to go into it any further because I don’t want to spoil it for anyone but let’s just say that I have a feeling that once you watch the movie and find out who the killer is for yourself you will feel just about as let down as I did when I saw it. 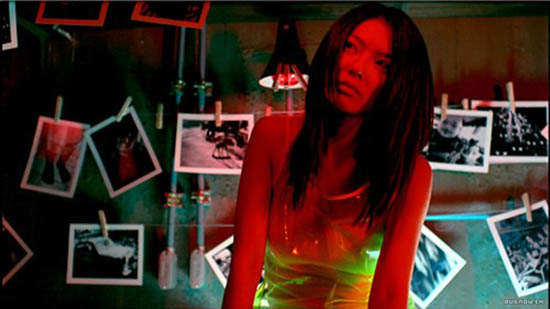 I also thought that the big revelation of what happened to Jiney when she was younger that has traumatized her for most of her life was pretty unoriginal as well. It really isn’t that hard to figure out if you pay attention to the movie so I wasn’t surprised when all is revealed at one point. I just didn’t care for it because it has been done countless times before in a ton of other movies and didn’t bring anything new to the table. It’s basically the old standby trauma that is used when the filmmakers can’t come up with anything better and it just didn’t work for me. Like with the identity of the killer I can’t really go into great detail about what happened to her at the risk of ruining things for people that haven’t seen the movie and are interested in seeing it, but let’s just say that it was pretty underwhelming and definitely had the whole “been there, done that” feel to it. 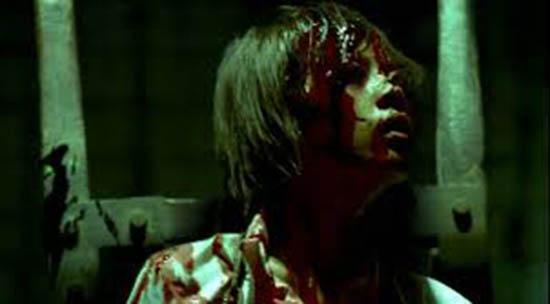 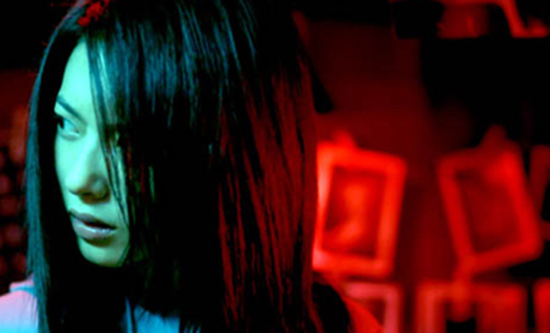 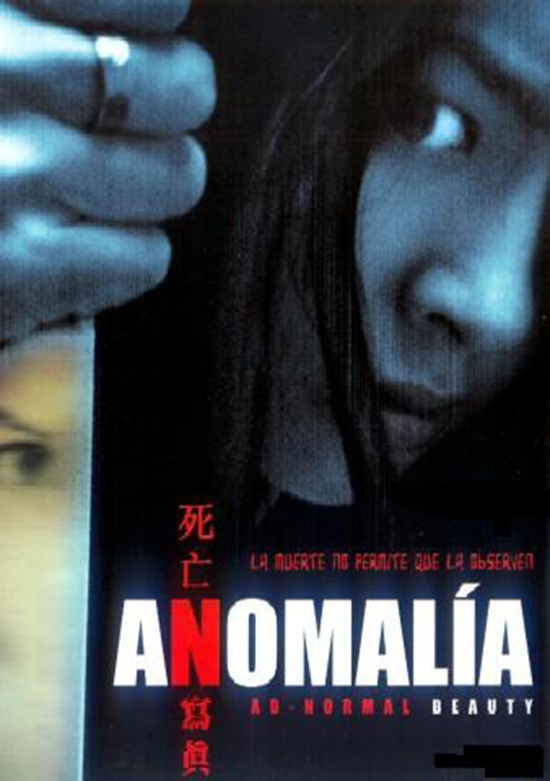 While I didn’t hate Ab-normal Beauty I wouldn’t say that I loved it either, which is a shame because I really wanted to. I dug the first half of the movie and really liked the tone of it but things sort of fell apart at the half way point and it turned into something else completely. The highlight of the film for me was Race Wong’s excellent performance as she does a bang up job bringing the character of Jiney to life. I’m not sure if I just wasn’t in the right frame of mind to watch it or if my expectations were just way to high but I’ll have to admit that I walked away from the movie feeling pretty disappointed for the most part. Check it out if it sounds like something that you would be into but believe me when I say that you will most likely forget all about it in a month’s time, which is a shame because I have a feeling that it could have been something special.