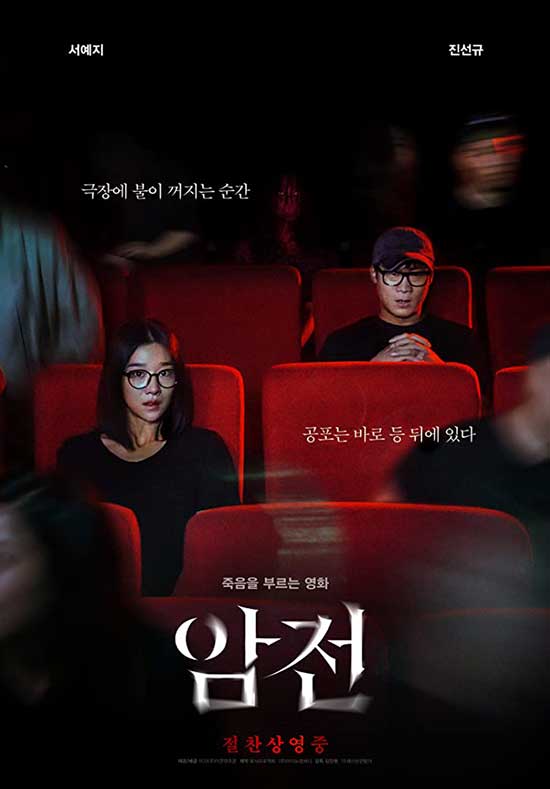 Mi-Jung (Seo Ye-Ji ) is a rookie film director and she has been preparing a horror film for the past 8 years. One day, Mi-Jung hears about a movie which was banned. Mi-Jung wants to know about the film. She begins to search for the movie. Her search takes her to meet Jae-Hyun (Jin Seon-Kyu), who is the director of the film. Jae-Hyun warns Mi-Jung to forget about his film, but she ignores his warning. Mi-Jung’s obsession with the movie leads her to bizarre and horrible cases.

The South-Korean horror mystery by the director Kim Jin-won (also known for The Butcher, 2007), offers some mild thrills, accompanied by an irritatingly inane plot.

The story revolves around a film director Mi-Jung (Seo Ye-Ji), who after some previous success has been attached to a new project. However, the artistic muse has well and truly left the building and Mi-Jung is left banging her head against the wall trying to come up with a new idea. 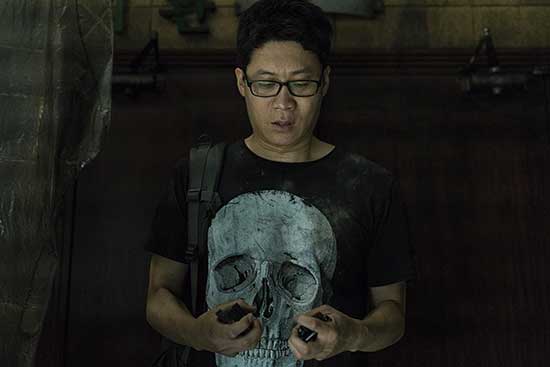 When she hears of a local urban legend of a film so terrifying that it made the premier night audience run for the hills and that is supposedly directed by a ghost, she naturally must investigate. Not satisfied with only finding a mere trailer of the said film, she also tracks down the film’s (human) director and despite his stark warnings, keeps on investigating the mystery further. Soon her life is penetrated by ghostly apparitions and strange happenings of all description, enough to make most normal humans to back the hell off. Not Mi-Jung though. Instead she goes and finds the filming location of the original film and ventures forth to film her own future masterpiece in the same locale, the results of which, as you might have guesses, will be deadly.

So, what we have is a film about making a film about a film. How very meta…Or it would be, had the story been build a bit better than it is. The first half is perfectly adequate, if little predictable, with Mi-Jung digging up information about the supposedly deadly film. The singlemindedness of her search for inspiration is familiar from numerous found footage films where a dedicated director takes a project to dangerous waters with their unrelenting need to continue, even when everything and everyone around them keeps telling them not to. This is very much also the case with Mi-Jung, who in all honesty takes the ghostly encounters in her stride and just carries on like nothing ever happened. There are a few scenes offering some genuinely well built tension and eerie atmosphere and the ghost haunting this particular story is honestly quite creepy. I certainly would not want something like that creeping around my house. Unfortunately, these moments are few and far between and the great ambience they offer is not really followed up. Instead the film goes into bit of overdrive around mid-way through, never to recover. 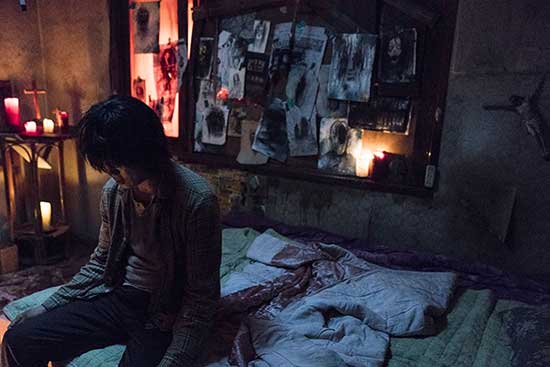 It is somewhat frustrating that the parts of Warning: Do Not Watch that could, and should have been its strong points, end up being its downfall. Once Mi-Jung enters the place where all the paranormal activity started, the lines between reality, film and imagination become dangerously blurred. And I do not mean dangerous for the characters but for the viewers. There two ways you can approach this type of reality distortion: one is to take a very subtle approach, where the main characters sanity and grip on reality is questioned through small, but effective little hints dropped amongst the rest of the story.

This approach of course demands an otherwise strong, character driven plot and thus not suitable for just any kind of story. The other option is to go the whole hog and fully lean into the more bizarre aspect of the reality blur and potentially create something more on the art house side of horror. My guess is that Warning: Do Not Watch was aiming for the latter, but unfortunately missed the target by at least couple hundred meters. While there is a definite effort here to create some kind of mind bending meta mystery, unfortunately due to the lack of commitment to the more off the wall themes, the end result is wishy-washy at best.

I cannot say I hated Warning: Do Not Watch. I had some enjoyable moments and a very impressive looking ghost. But I also cannot say I loved it, as the rather annoying shortcomings in the story department really let me down. It is perfectly adequate for one watch but will probably leave your memory as quickly as it entered.