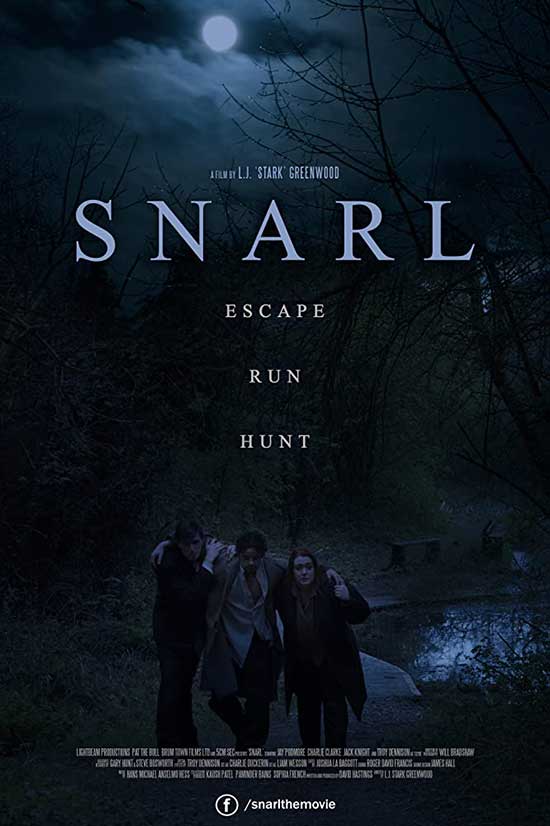 England. 1934. A young man, Elijah, has been captured and accused of being a werewolf by Clyde, a self famed bounty hunter from a nearby village. As Elijah is brutally tortured in a vain attempt to get him to confess, he suddenly finds himself secretly released by two villagers, Faye and her younger brother Benjamin, who believe he is innocent. As they attempt to help the young man flee through the woods, all the while pursued by the maniacal Clyde, the night time forest suddenly reveals that some legends are not myth at all.

Poor Elijah (Jay Podmore) has fallen victim to a religious fanatic. Clyde (Troy Dennison) is convinced there is something very wrong with Elijah and has taken it upon himself to hold him hostage and beat the Devil out of him, literally.

Clyde’s adult children, Faye and Ben (Charlie Clarke, Jack Knight) don’t buy into their father’s scheme. They take it upon themselves to find and free Elijah to prevent Clyde from doing anything horrific in the name of God.

This is a perfect British countryside gothic horror tale. Set in the 1930s in an isolated village, the classic score, the costume and set design, everything is on point. The overall feel, to me anyway, is very reminiescent of the classic Hammer films or an episode of Tales From the Darkside.

Some really good FX in this one, although I don’t want to spoil the story by talking too much about them. The sound production is great. The cinematography really captures both the beauty and the horror in the idyllic countryside. Honestly, I can’t come up with anything negative to say at all about this film.