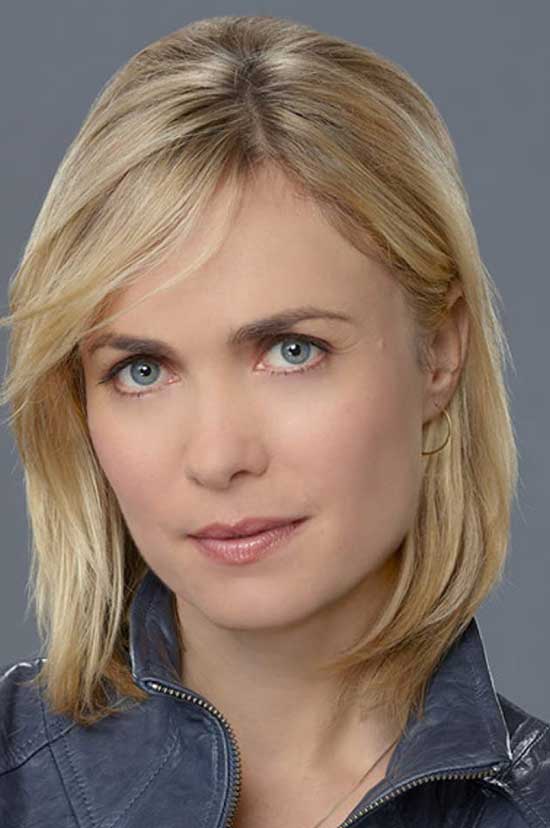 Hi Radha, how are you?

Radha- Good, how are you?

I am doing good. Thank you. Dreamkatcher is an excellent film. Silent Hill is one of my favorite films. We need some good movie especially with the real horror happening. Tell us a little bit about preparing for Dreamkatcher?

Radha- Excellent timing. It feels like we’re living in a post-apocalyptic nightmare right now with our mask on. We’re all kind of experiencing that sense of the unknown and how terrifying it is. There is this kind of irrational fear that comes up at a certain point, especially when you’re not working and a lot of people aren’t. There’s this question of, what’s going to happen next? It’s just that, not knowing I think really has been messing with a lot of people’s mind. Its interesting to be… talking about a horror-thriller in that context because I feel like we fully identify with it. Its interesting also preparing this role because I was playing a psychotherapist, somebody who is teaching this boy to deal with fear and to deal with his nightmares. There’s actually a kind of therapy where they teach you to embrace your nightmares. So, in a sense, you know, the stories are kind of a nightmare that we’re making into entertainment, processing some of those deep seeded fears that we can’t even articulate. 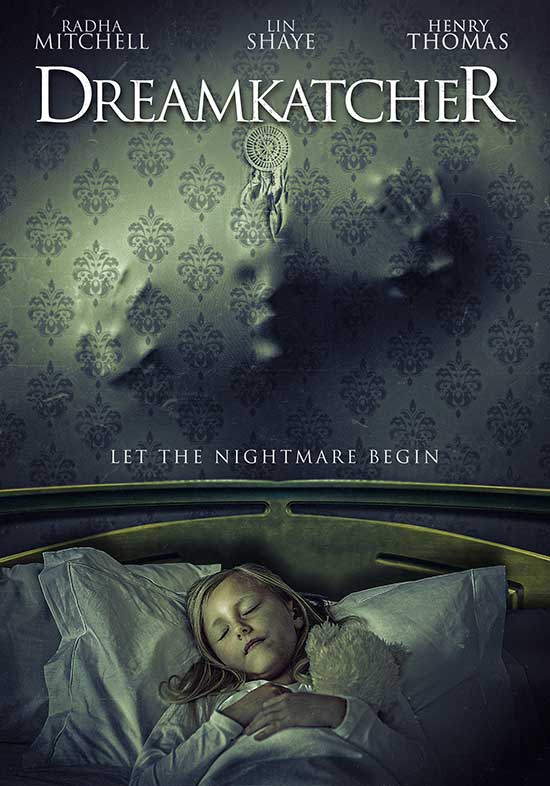 I was having the same horrible nightmares over the years and the therapist gave me reading material to help embrace the nightmares and get away from the nightmares. It is fascinating dealing with dreams. I was fascinated with this movie.  Did you do anything in particular to prepare to play Gail?

Radha- I was looking at the advice the director Kerry, who said, she’s a cognitive behavioral therapist. That’s a very pragmatic approach to therapy. Then I started looking into dream therapy by looking online basically, because it’s so interesting, and even in the Buddhist idea about nightmares. There is this idea in Buddhism that a nightmare is sort of, a real deep opportunity to look at your own psyche and don’t run away from the nightmare but embrace it. There are ideas about lucid dreaming where you can kind of, whilst dreaming become aware of the dream. You become aware that you’re in a dream state while you’re in the dream. There is this one guy, he was having repetitive nightmares and you know it was really affecting his life. You can find him on YouTube, I can’t remember what his name is but he was talking about how at a certain point he had this nightmare and there was this monstrous character approaching him. He was aware that he was dreaming in the dream. He went towards the monster and embraced it. In holding this thing, it, sort of dissipated and went away. So, there’s this idea, I guess that your lucky to have that nightmare because it’s such an intense experience of yourself that if you can face it and be with it, you can learn so much. I don’t have really intense nightmares so I don’t know what that must be like. I’ve had them in my life but not in a repetitive way. I mean, if it disrupting your sleep obviously that’s affecting your life. What I was looking at was sort of as an idea that you’re in control of your own head space. I was just playing a therapist so… (laughter) I got really interested of this idea of lucid dreaming and they say that when your awake you knock on the wood and say is that real or is that not real? When you get into the habit of doing that when your awake maybe, at some point you’ll do that in your sleep and then you’ll be able to get into this lucid state where you can actively participate in the dreaming? 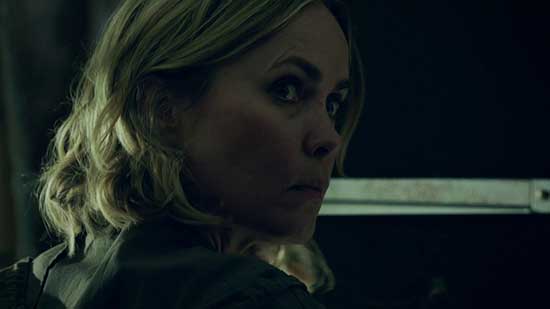 Have you ever had lucid dreams? They are wild and trippy. You go places and its fascinating and then I will actually go to the place I was dreaming about and I think, I have been here before in a dream. Its wild.

Radha- I have like Deja vu, I don’t know if its specifically related to dreaming? I have in my life had a few potent dreams that felt like messages that I can remember now. Almost like, deep unconscious stuff like, this is a gateway or this is a significant moment. I have those kinds of dreams like, message kinds of dreams but it happened a few times, I had a little bit of a sense where I go, oh I know I’m dreaming while I’m dreaming, if that makes sense?

That makes sense. Yes! What was it like working with everyone? There was sense that it seemed like all of you knew each other forever.

Radha- Some of us did. I knew Kerry, the director, not very well but through this guy Orian who is one of the producers on the movie and I had made a movie with him based on the Jack Kerouac novel, Big Sur. But we’ve been friends prior to that so there was Orian. Then Lin is good friends with Kerry, the director. Joe Bishara is a good friend of Lin’s. There were a few people that knew each other quite well. There was a Brooklyn, New York kind of crew so a lot of those people knew each other. There was something kind of intimate about the whole thing. It was super low budget so there was a few of us staying in this big creepy house together, like roommates. So, we would kind of collaborate, we would work the text at night and then go shoot the movie. It kind of felt open-ended like we were not overly articulating what it was going to be before we shot it. We had a great DP and he was very flexible with the way we were working. And Henry Thomas was a good friend of Kerry’s. There was kind of a sense of community. 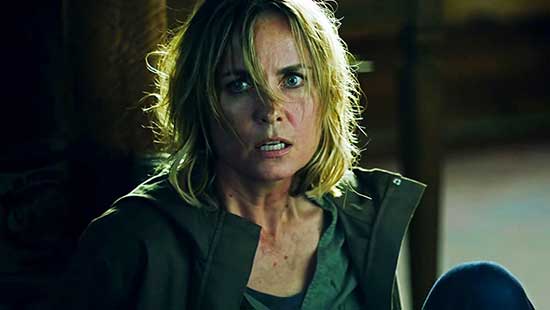 Radha- Well, from my perspective, I think there’s something a bit cheeky in the sense that’s it a horror-thriller for the whole family. I do think its something that kids could process and its interesting having a lead who’s a child. There’s nothing too extreme in the story but I’m honestly not quite sure how its rated. There’s this interesting female element to the story, obviously you’ve got this lead character and you’re not sure if you’re on her side or not on her side. You’ve got this creepy woman character played by Lin Shaye who does this kind of renegade, solitary mysterious woman in the hills, normally roles that you often see played by men. There is something unconventional about the relationship between my character and Fin, (Finlay Wojtak-Hissong plays Josh) the young boy’s character. We don’t treat him as a child in any kind of saccharin way. There’s something kind of sober about it and adult about his character. I like that, its kind of unusual.

Are you working on anything else, I know we are all home and working from home?

Radha- Well, there’s always something cooking. I think later in the year there is a movie called 2 Hearts which is a more in the inspiring space for cinema. I think that is coming up in September. I am looking forward to how people respond to that as well.

I agree. This is a fascinating movie. Over the years, you have played so many different characters. Do you have a favorite so far or do they all mean something different?

Radha- I don’t really have a favorite. Its sort of interesting and strange, the things you get cast in and why you do and what people see in you. I’m still into it, I’ve been doing it for twenty years and I’m still into it. I’m interested in the mystery of things and you prepare something the way that you do and then what happens onset is sort of always a bit mysterious and magical. I’m lucky to have worked with some amazing people. To be honest, in reflection I think Man on Fire was probably one of my favorite projects in relation to the scope of the story and the talented people working on the project. The location, Mexico City is such a fantastic place. The intensity of the storytelling. 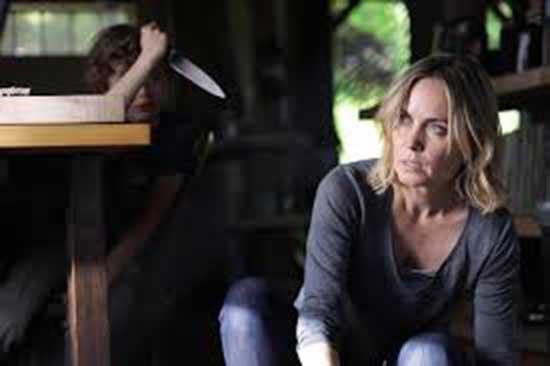 Man on Fire is an excellent film.

Radha- Yes. Silent Hill was fascinating. I think that was just like a crazy, ass nightmare that we were joining Christophe Gans in. The sets were fantastic. It wasn’t as much fun but looking at it now, I think looking at it, it’s a piece of dark poetry.

What was it like working with the director, Kerry Harris?

Radha- He was a very flexible director. We all sort of stayed in this spooky house and we would be discussing the script and the pragmatics of making it. It felt extremely collaborative and kind of a little loose, we were sort of experimenting with different endings while shooting the movie. That’s a luxury for such a low budget film.

Thank you so much Radha for taking the time to talk to Horrornews.net

Radha- Thank you and make the most of the time. 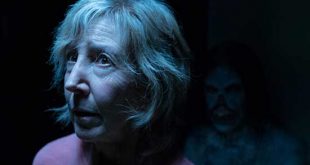