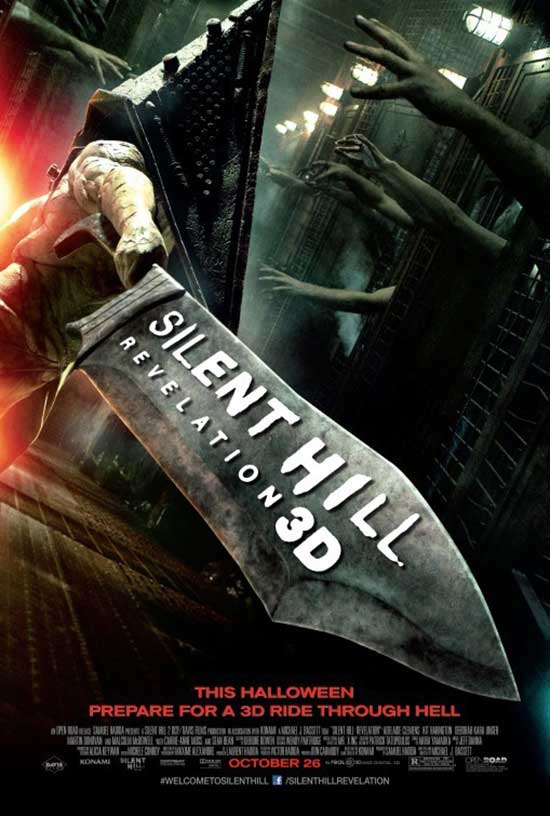 Heather Mason and her father have been on the run, always one step ahead of dangerous forces that she doesn’t fully understand, Now on the eve of her 18th birthday, plagued by horrific nightmares and the disappearance of her father, Heather discovers she’s not who she thinks she is. The revelation leads her deeper into a demonic world that threatens to trap her forever

If you’ve been waiting for a follow-up from where the 2006 “Silent Hill” left off, then your in good company with the latest release of “Silent Hill Revelation”. You’ll also be glad to know that much of the original cast has signed on to reprise their roles in this 2012 follow-up. While 6 years have passed, the concept of this sequel is designed to take “that” into consideration. Actress Adelaide Clemens plays the now grown up Heather / Alessa from the first film (of whom actress Jodelle Ferland played originally as Sharon / Alessa). It is explained that Sharon has had to move several times with her single parent father also for which she changed names..aka “Heather”. It makes sense due to the fact that the 2 of them have been trying to stay off the radar of the “Silent Hill” gang. Her dad played by repeat actor Sean Bean as “Harry” has tried his best to sway his daughter from the terrors of “Silent Hill” (and its dark legacies). 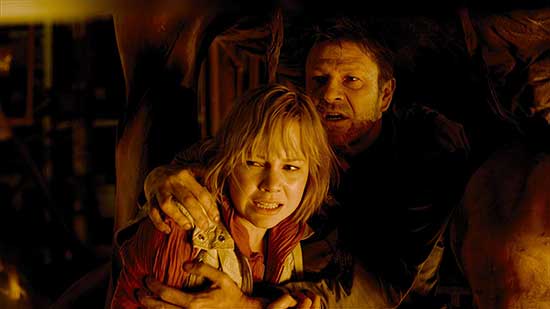 Upon Heather Mason’s 18th birthday, she soon discovers that her and her father have been running from an evil cult, of which must convince Heather to return to SH so that they can kill her and find freedom from Alessa’s hold over them. “Heather” who also holds a mysterious amulet must face her worst nightmares when her father Harry is abducted and taken back to “Silent Hill”. Leading up, “Heather”, begins to hallucinate and face instances of “the darkness” seeping into her world. 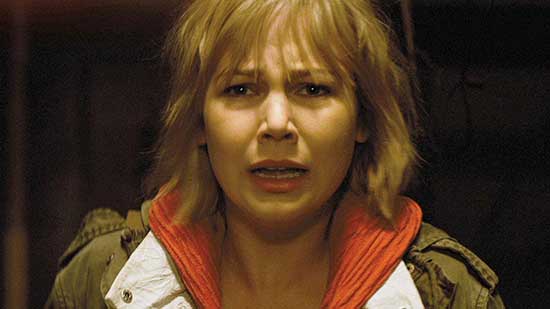 Right off the bat, I can tell you that this entry into the film franchise is chock full of odd characters and demon-esque ghouls pretty much awaiting around every corner. The creatures are a product of what is called “The Darkness” which occurs every day at a certain time. The result of this darkness arriving is a alternative reality that hosts disgusting creatures, distressed walls, cages and what not. It is better simply described as “Hell” by its creator “Alessa”. The darkness is a product of “Alessa’s dark side which has brought her pain and suffering out into a new level that is manifested into an alternate reality full of evil creations. The reality is a part of “Silent Hill” that occurs daily hosting to a town of chaos and suffering. One of its permanent portions is a dark place called the asylum of which much of this film spends its time within. To keep some kind of order, Alessa has also manifested a protector named “pyramid head” who monitors the halls with a fashioned mammoth over-sized knife that it wields upon command.

This round we meet a few new nasties which include an odd hybrid spider mannequin of sorts that protects its sector of the “darkness”. Back for an encore are the “undead nurses” which are triggered by way of motion or sound. It doesn’t stop there as we meet a few more deviant inclusions but at the forefront is a “cenobite-looking creature” which is best described as a grotesque monster wielding knifes maninfested from Claudia Wolf, played by actress Carrie-Anne Moss.

My suggestion here is to see the original first film before taking on the sequel. The 2 films crossover nicely but as separates may leave a few holes. For horror fans, your going to be more entertained by the variety of nasty entities than a scary movie experience. Still there is enough gory bits here and there to make this film an overall dark experience. I think my biggest complaint would be that it could have gone of longer and in some ways felt alit like a darker version of “Hellboy 2”. 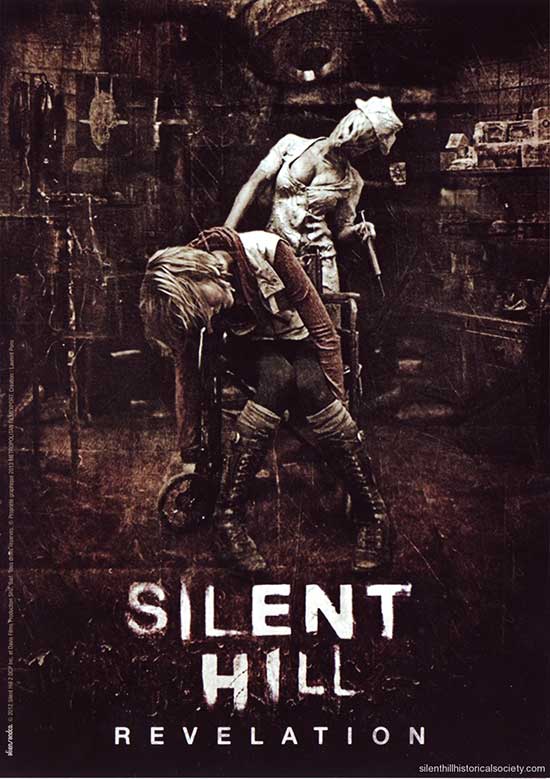 On the plus side, this is great way to really feel like you’ve dropped yourself into Hell and signed on for the ride. The movie is designed to mirror a bit of that “game sensation” of corridors and long hallways which should be a plus to the gamer followers. I loved the makeup and creatures that arise from a highly inventive film team. “Silent Hill” is a certain type of genre film that viewers will either love or find not to their own usual factors within horror. It has a lineage, a story, and hosts itself to new creations all the time. Much in the same way that I loved “Cabin in the Woods”, I loved “Silent Hill Revelations“. I only hope that the franchise keeps its momentum and doesn’t have to wait for another 6 years. Extremely visual and lots of dark moments make this a top contender for my cool movie of the week list. I’m not much of a 3D person, so I opted for the 2D showing of which was perfect for my needs. Check it out….you might even gain a few costume ideas for Halloween.