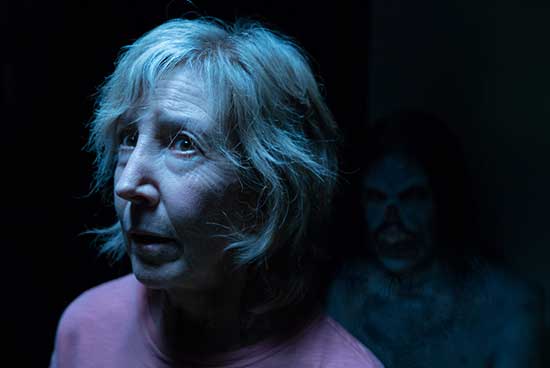 Marking the feature debut of director Kerry Harris with a script written by Dan V. Shea and based on a story by Harris and Shea, DREAMKATCHERfollows a Manhattan therapist (RADHA MITCHELL) who travels upstate with her boyfriend (HENRY THOMAS) and his orphaned son (FINLAY WOJTAK-HISSONG) who is tormented by nightmares of his dead mother.  When the husband is forced to return to the city, the therapist remains with the boy and they encounter a mysterious neighbor (LIN SHAYE) in the woods.
Jules Wilcox (Under The Silver Lake, Bloodline) and Joseph Bishara (Insidious, The Conjuring) round out the cast in supporting roles.
The combined gross box office earnings of the cast exceed the $1 Billion mark. The filmmakers are eyeing a series of films based on the premise.
DREAMKATCHER is produced by Christian Taylor of Taylor Lane Productions (MEASURE OF A MAN, HICK), Orian Williams (CONTROL, ENGLAND IS MINE), Annie Stewart (LEAVING LAS VEGAS, TIMECODE) and Kerry Harris.  Executive Producers are Film Mode Entertainment’s Clay Epstein, Radha Mitchell, Lin Shaye, and Gina Rugolo.
Christian Taylor says, “Dreamkatcher is a grounded horror thriller that explores themes of science vs the supernatural and I’m thrilled to be working with Kerry and this incredible cast”.
The film is being sold internationally by Screen Media in partnership with Film Mode Entertainment.
Lin Shaye recently starred in Insidious: The Last Keyand Room for Rent. She next stars in the feature Grudge and the Showtime series Penny Dreadful:City of Angels. She is handled by Rugolo Entertainment and Buchwald.
Radha Mitchell recently starred in Celeste and The Romanoffs. She is repped by ICM Partners and attorney Doug Stone.
Henry Thomas recently starred in The Haunting of Hill House. He is repped by GERSH and Brillstein Entertainment Partners.
Finlay Wojtak-Hissong recently appeared in Lone Scherfig’s The Kindness of Strangers and The Banana Splits. He is handled by Coast to Coast and Attorney Carolyn Conrad.
Jules Wilcox is represented by Abrams Artists Agency and Authentic Talent & Literary Management.
Kerry Harris is repped by Elina Levina at Toronto based Harrison Artist Management.
Dan V. Shea is represented by Woolf Lapin.  Eyde Belasco cast the feature.
Share