Home | Zombies on the Rise in Haiti

Zombies on the Rise in Haiti

The recent 7.0 earthquake in Haiti on January 12th 2010, which caused massive devastation in and around the capital city of Port au Prince is a tragedy and my heart goes to the people who have to suffer after this natural disaster. But it is feared there will be a rise of zombies.

I am sure George 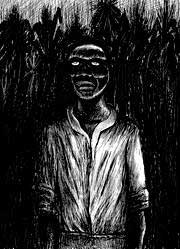 Romero is not on the next plane down there to capture zombies for use in his next film, but in Haiti it is a known fact of the existence of zombies. So much so there is a Penal code for such events.

Haitian Penal Code:
Article 249. It shall also be qualified as attempted murder the employment which may be made against any person of substances which, without causing actual death, produce a lethargic coma more or less prolonged. If, after the person had been buried, the act shall be considered murder no matter what result follows.

As bizarre as the law may seem, it would not have been put into law, unless there was a considerable awareness of such facts and phenomena as zombies or a zombified state of being. People of Haiti truly believe there are zombies amongst them. Not a few or a hundred but in the thousands!

Haiti is known for being the poorest country in the western hemisphere. With this comes the lack of financial revenues to build a school system that we are accustomed to in the United States or in most developed countries. 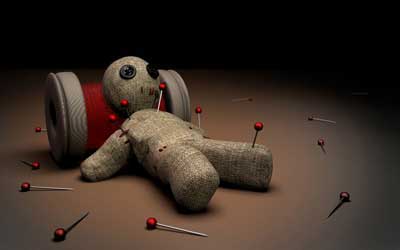 With lack of education come the uneducated spreading rumors, fantastic stories and developing folklore. With their medical system being sub-standard to what we know as modern medicine, it is easy to believe people would be pronounced dead, but later come back from a comatose type state. Up to this most recent tragic earthquake people were still “buried alive”. The horror of being in a coma, to only wake being buried in the ground in a coffin gasping for air with the tons of earth over you pinning you into an eternal slumber silence & darkness. 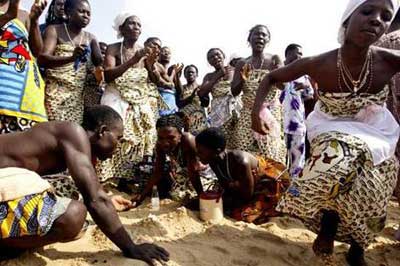 Voodoo is still a common practice in Haiti with their witch doctors performing miracle cures or tragic accidental deaths. The art of zombie making or witch doctoring was brought to cinema life with the release of ‘Serpent and the Rainbow 1988’ which brings you through a journey in this mystical art and it’s so called victims. Voodoo with its ties to Africa when Haiti was massively populated by the slave trade took on a life of its own. Witch Doctors would bring people “back from the dead” with ceremonies and witch craft. Some research was found that different type of native pharmaceutical compounds were used to put people into a coma type sleep, being dead and then resurrected by the witch doctor who then would seemingly be in control of the zombie who was indebted for returning them to a conscience state of zombieism. 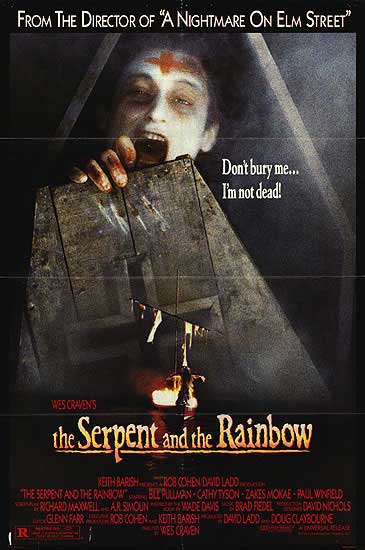 From 1957 to 1971 the Haiti dictator Papa Doc Duvallier rumored to the population that he had an army of zombies under his control to tighten his hold of the uneducated population ruling by fear. Since Duvallier was a devoted voodooist he was never challenged or questioned on this. People who were questioned always knew someone, a friend, someone’s father, a mother’s cousin, ect. who swore they had seen one of these zombies but no had person to person of face to face. 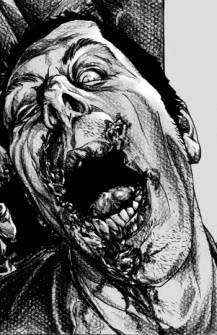 Most cases of people turning into zombies were results of high fevers that lasted days causing mild brain damage, so even when the person would recover from the fever, they were never quite right their speech would return to a degree but not their mind. So it was even more perceived they had died and turned into another form of human or turned into a creature or zombie. Rabies also wildly untreated because the lack of medication in the poor country would also create a state of someone suffering brain damage and never returning to a healthy state of mind.

Some more elaborate zombification used venom from a pufferfish would be used. This concentrated nerve poison would put a victim into a state where they are aware of their surroundings, but unable to move or obviously even communicate. If the dose is given in an improper amount, permanent paralysis can result. But those surviving the ordeal, would actual be brought to a hospital, clinically diagnosis as being dead even though just unresponsive. The voodoo practitioner would claim the body and have it buried while the whole time the victim is aware of what is happening and is fully perceived as being dead and buried. After a time the voodoo practitioner would dig up the victim and have them revived and perceived as rising from the dead as a zombie. The victim was then enslaved to do the zombie practitioners bidding for fear of returning to the “death state “Most would actually suffer nerve damage and have various symptoms of paralysis making them even more convince they had been changed.

With this tragedy of the earthquake, with people being presumed dead and rising from near death, it will been seen by the Haitian masses as their loved ones being dead, buried and rising again.