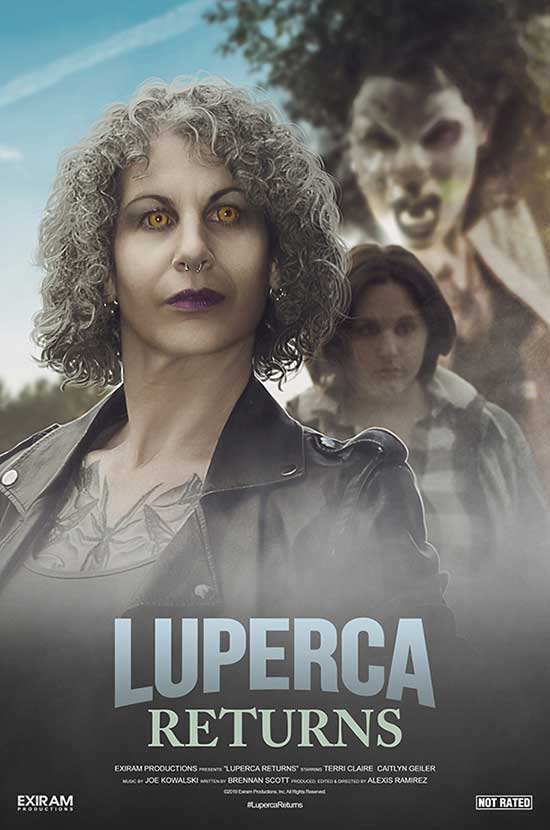 Luperca has lost her way. Her powers drained, she lives a mundane existence. A stranger arrives with promises of reviving her former self. In the process, true intentions are revealed and Luperca fights back.

More short films, kiddies! Today we have LUPERCA RETURNS, based on characters created by R.S. Ebert, written by Brennan Scott, and directed by Alexis Ramirez.

Luperca (Terri Claire) has found herself in a dark place. Older now, and having lost her powers, she wanders the human world and laments the life she once lived. She was once an all-powerful lycanthrope, the wolf mother, but now she can only relive her glory days in dreams.

But along comes a girl named Marigold (Caitlyn Geiler) who promises to restore Luperca’s power and former glory. But at what price? 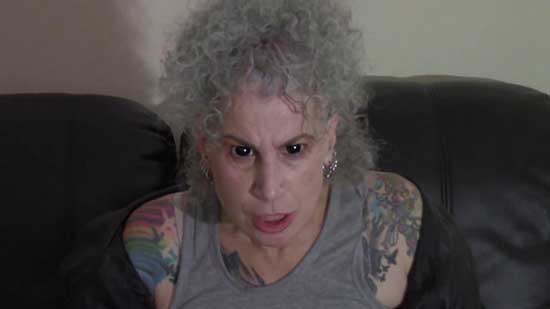 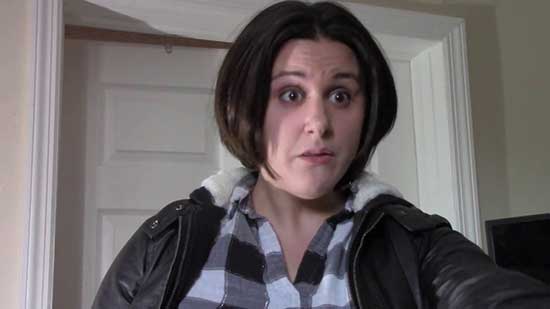 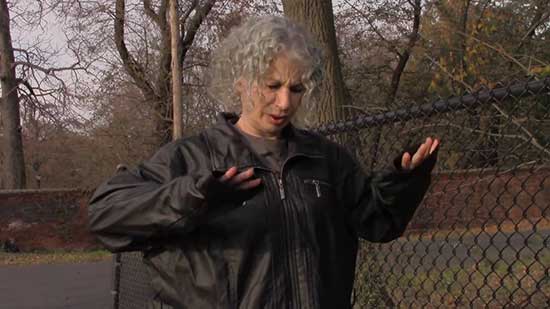 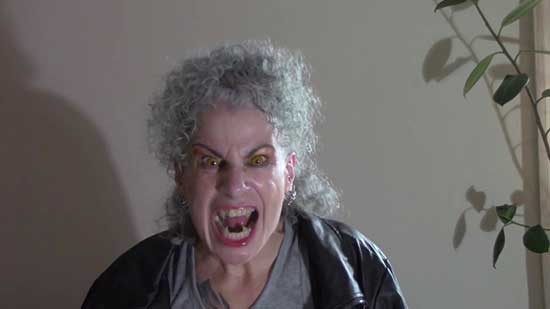 I did a lot of research after watching this film and there is a whole backstory for these characters that needs to be explored. Past films, as well as another in production, tell the full tale of Luperca and her apparent fall from grace.

As for this film, I enjoyed it as a stand alone. I didn’t get the whole story since I didn’t know the back ground. But it was still fun to watch.

I was impressed by the physical acting done by Ms. Claire.  Her facial expressions and body language are quite good. She sells the Lycanthrope concept with very little to no practical effects used other than special contact lenses. That’s impressive, quite frankly.

The production values are not so much, the lighting specifically is horrific. However, I did kind of dig this and I want to know more about the world created by the author.