ARI ASTER’S “HEREDITARY” TO SCREEN AT

HEREDITARY will screen on Thursday, April 16th and following the screening, actor Alex Wolff will participate in a post-screening Q&A and will also be presented with Roger Ebert’s “Golden Thumb Award”.

In his Sundance Film Festival 2018 review, RogerEbert.com editor Brian Tallerico described HEREDITARY as “A deeply unsettling film, the kind of horror movie that pulls from relatable human emotions like grief and resentment to ultimately become an absolute nightmare,” while Matt Zoller Seitz called the film “creepy beyond belief” in his 4 star review.

“I am thrilled to welcome Alex Wolff to Ebertfest,” said Chaz Ebert, co-founder and host. “Alex is a rising star in Hollywood and his performance in HEREDITARY is superb and I’m truly excited to see how his career continues to grow. My team and I look forward to hosting and honoring Alex at this year’s festival.”“This is one of the greatest honors of my career if not the greatest,” said Alex Wolff. “Roger Ebert’s visionary, thoughtful, and riveting writing about film has in numerous ways informed my opinions and taste in film and what it means in the greater scheme of life. He was a true sorcerer of ideas, a wordsmith and an all-encompassing ambassador of movie-appreciation, which the world could REALLY use right now. I’m honored!”

The 22nd Anniversary of Ebertfest will be held April 15-18, 2019 at the Virginia Theatre in Champaign, IL with related talks and panel discussions to be held at the Hyatt Place in Champaign and at the University of Illinois at Urbana-Champaign. The festival will open with a screening of Francis Ford Coppola’s THE COTTON CLUB ENCORE and performance by Kathryn Bostic and will close with The Farrelly Brothers’ THERE’S SOMETHING ABOUT MARY.

Passes are now available for purchase and cost $150, plus processing. Four passes purchased together are $510 instead of $600, or 15 percent off. Also available are a small number of U. of I. student passes priced at $100 each. They can be purchased through the festival website, the theater website or the theater box office, 203 W. Park Ave., Champaign, 217-356-9063. Updates will be posted on the festival website. Tickets for individual movies will be available April 1.

Those interested in being a festival sponsor should contact Andy Hall, the festival’s project coordinator, at amhall2@illinois.edu. 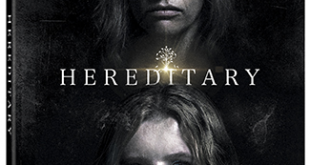