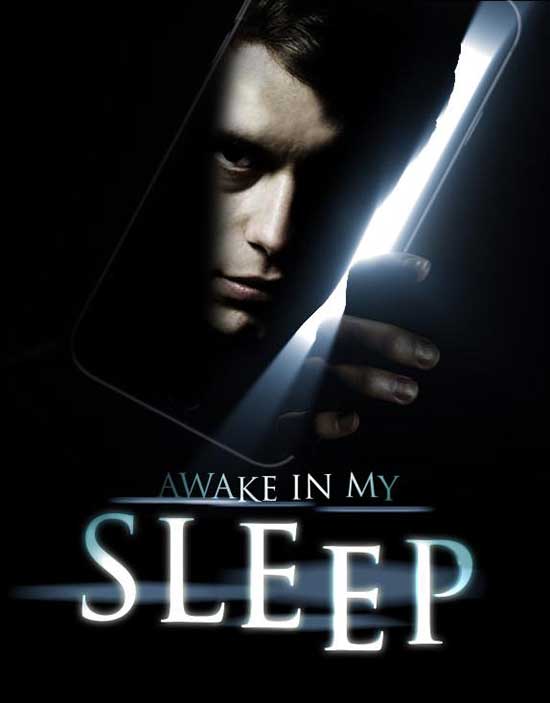 When a man downloads an app to record himself sleep talking at night, he discovers the voice recorded is someone else’s.

Awake in My Sleep  an Australian Horror short filmed in 2016. The short features only three actors and spans around 29 minutes. Christopher Middleton plays our main character Liam Spencer. Liam is dealing with the untimely death of his mother. Mystery surrounds the circumstances of her death. Our main character is suffering from extreme depression and a variety of possible sleep disorders. Liam  taken in by his concerned sister, Sam Spencer. The caring sister  played by Jane Lundmark offers Liam support.  Liam downloads an app on his phone that is designed to monitor his sleep and record any audio sounds throughout the night. Liam awakes and his body is tired and a picture frame of himself with his mother is broken.

As the plot thickens Liam’s app has recordings of his voice but seems benevolent and sinister. Liam is determined that his new app is trying to take his identity. Sam Liam’s host and loving sister believes paranoia and mental disorder is taking Liam into madness. he is increasingly becoming more active in his sleep. He believes that the app is trying to kill him and replace him with a different more cynical version. Sam sensing that things are out of control and Liam is fighting sleep comes up with a solution. She tranquilizes her brother to put and end to the hysteria and get to the bottom of what is really going on. 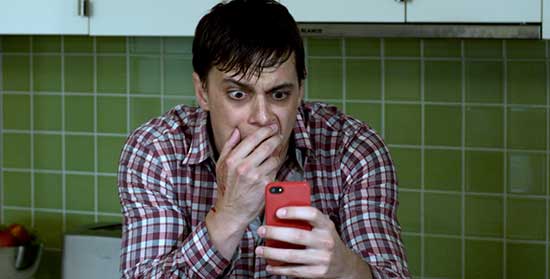 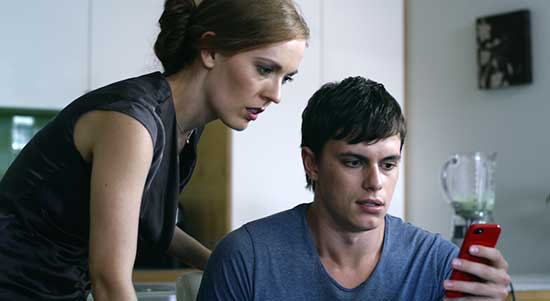 The Film directed and written by Min Tran unveils layers of  the human psyche dealing with death and guilt. The fall into madness  shown both from the eyes of the one with the illness and a loved one. The film gently brushes with technology and how much access we allow it to have with our personal lives. The App that he used in the short also had access to all of Liam’s conversations social media accounts and texts. The prospect of delving into someone’s mind and knowing all their insecurities and personal information is a relevant fear in our current society.

Unfortunately the film doesn’t spend a lot of time on the subject and gets right into the characters descent into madness. The film is a fun watch it leaves more questions than answers in its conclusion. A few scenes in the short are pure horror. The two scenes in mind both are hard to watch and feature very well done gore. The effects are  well done and leaves a mark on the viewer. I would be willing to bet most true horror fans will find the run time worth it just for those two moments. Awake in my sleep is an interesting short.