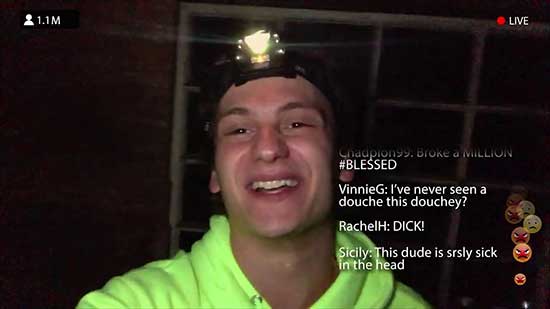 Join Chad Ryan as he livestreams his visit to the William Burrows murder cabin.

Follow the adventures of internet blogger and celebrity Chad Ryan (Spencer Harrison Levin) as he live-streams his overnight campout at the notorious Burroughs murder cabin!

Ok yea this is so meta but I really love that about it. In this film, we are watching Chad’s “live stream” of his night at the cabin, the site of an apparently notrious murder some years previous. We can see all the comments and watch the follower count as the broadcast continues, and when it takes a very dark turn for our hero…well, we see how people are. 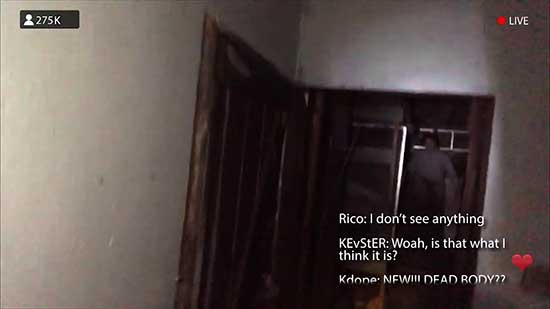 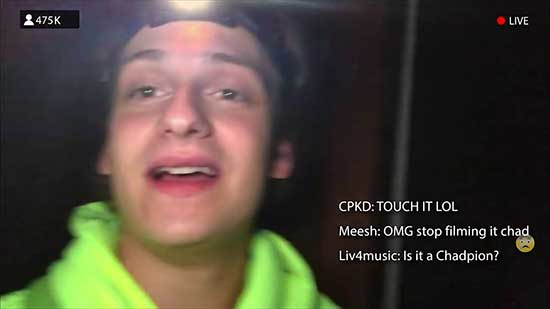 I’ve said before that I really enjoy these short films that make modern technology – social media, video streaming, et al – part of the story. I think this is one of the best examples of that I’ve seen so far. It perfectly simulates one of those “live” videos we all watch on various services, and how the audience turns on a dime when things aren’t what they expected anymore.

I won’t ruin it by giving any spoilers. If you come across this film somewhere, just watch it. Its a lot of fun.