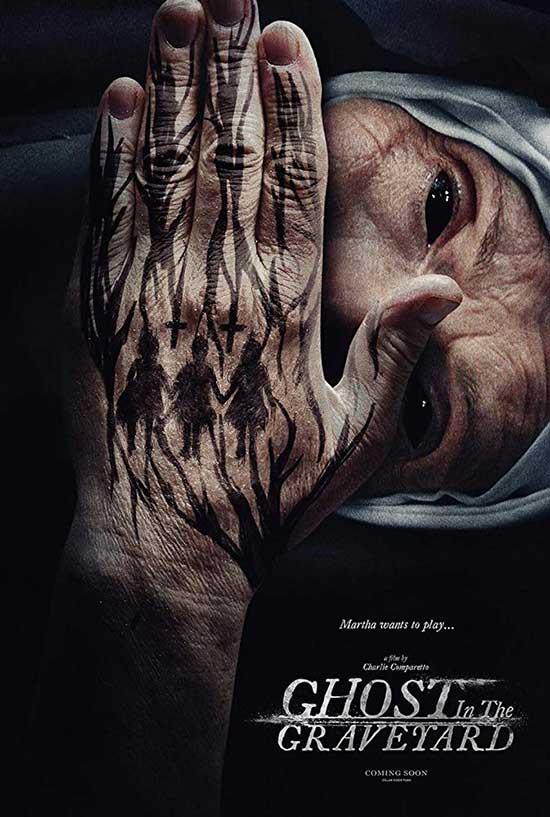 The town of Mt. Moriah comes under the thumb of Martha, a ghost who comes back to haunt the teens, who witnessed her death as children, during a “game” of ‘Ghost in the Graveyard.’

WARNING: This review may contain information that would be considered “spoilers”.

Ten years ago, a group of kids decide to play “Ghost in the Graveyard”, a game that mixes tag, hide-and-seek, and general creeping each other out. Sally is “The Ghost”, so she hides inside a mausoleum. Little does she know that there are witches holding a ritual inside the structure.

When Sally jumps out to chase her friends, they see a witch appear behind her, and all Hell breaks loose. Kids are running for their lives, Sally is still playing the game, and Little Martha falls into an open grave, where she dies. 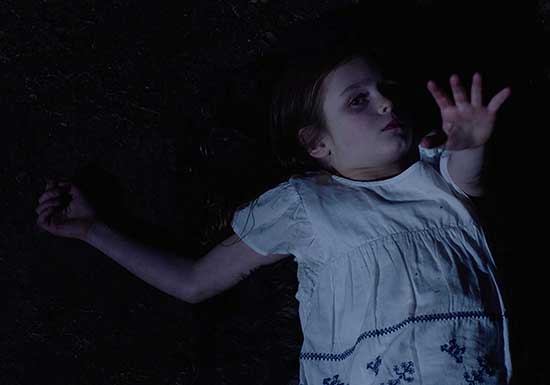 Now she haunts the cemetery.

Sally is sent away because she kept seeing Little Martha everywhere.

10 years later, Sally returns home to her father, Charlie, and her brother, Billy. And a baby of unclear parentage. Sally’s been away, but where is not stated. She is back for her senior year in high school, even though the whole town thinks she is insane and most think she was responsible for the death of Little Martha.

Before you can say, “John Hughes”, we have teen angst as the class snot, Zoe, decides to give crazy Sally the business, with an added bit of cruelty because of Sally’s long-time relationship with Reed, Zoe’s current boyfriend.

Meanwhile, a kid riding his bike through the cemetery on a dare is killed in broad daylight. Cops instantly assume the attack came from witches or had supernatural overtones.

Sally and Zoe start seeing Little Martha. Sally’s family are all acting weird. Witch activity is on the rise.

Will Reed dump Zoe for Sally? Where has Sally been for 10 years? How did they get Jake Busey to be so calm? Whose freaking baby is it?

Let me start by saying “Ghost in the Graveyard” is, for the most part, wonderful to look at. Excellent location work in the cemetery and the surrounding environments. The camera moves through the scenery with confidence. The changing leaves and the deep gold natural lighting make for some stunning images.

When the camera turns on people, the results are less amazing, though it is clear that the filmmakers know how to use a camera. A few shots of conversations have good framing and help maintain visual appeal.

The lead actors are okay. Jake Busey always seems out of place, even when playing weird and creepy characters. As a devoted father, he just does not fit, but he gives a dandy attempt, so he gets kudos for effort.

The two best performers in “Ghost in the Graveyard” are Kellie Berglund (Sally) and Olivia Larsen (Zoe). Sally is a clueless Mary Sue-type, so Berglund’s efforts are stymied by poor writing/dialogue options though you can see her talent slip out in some of the better written segments. Larsen is giving ample meat to tuck into with Zoe, who changes from bitch to troubled teen to pure evil during the film. The film might have benefitted from having her character take the lead as Zoe and the actress portraying her are both more intriguing than anything else in the movie.

The script, penned by director Charlie Comparetto (he also wrote the novel from which the script was derived or vice versa), is the film’s biggest enemy. While there are a few good ideas in there, the bulk of the script plays out like inept fan fiction written by someone who did not think through the most basic elements of the story, plot, character motivations, or basic common sense.

Sally has been away for 10 years with occasional visits home. Any discussion of this? Some exposition, perhaps? No. When she begins to question what is happening to her (after 10 years, why bother suddenly?), Little Martha conveniently hands her exactly the information she needs. No need for the character to struggle at all. Yet she chooses to ignore information that would upend most people’s sense of reality because she wants to be a normal teenage kid instead of pursuing facts, until it fits the needs of the plot, of course.

One of Zoe’s followers hands her a letter sent to Charlie, Sally’s dad. It reveals Sally has been the ward of a religious group for the last 10 years. First, how the Hell did this random teenage girl get someone’s personal mail when they don’t even hang out with Sally? Second, if Sally has been raised by a group called the Seven Sisters, Sally must be brain damaged to not wonder what in the world is going on.

The cemetery is supposedly haunted. Everyone knows it. Kids can’t even pass through without getting killed. Witches openly use the mausoleum for sacrifices. Martha’s head stone reads “In Memory of Little Martha”; what kind of inhuman monster would put that on a headstone in 2009? Hell, even the city cops avoid the place. Why is this place still functioning? 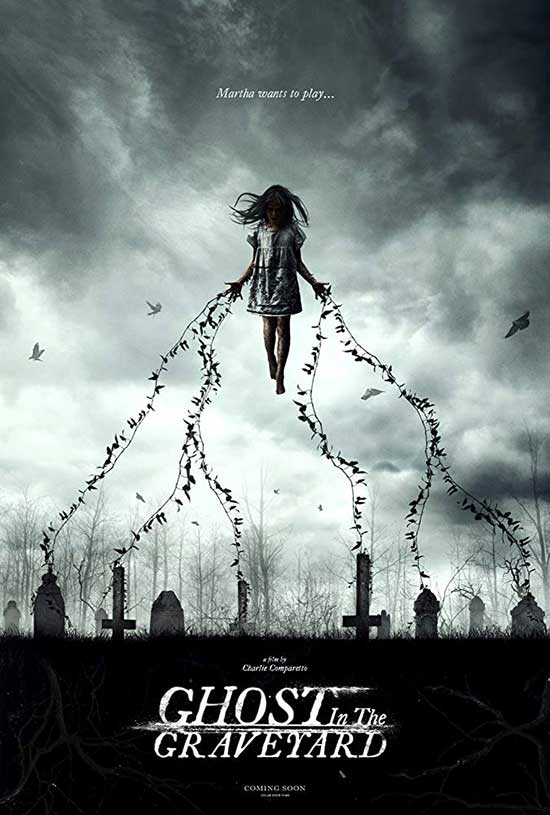 THE BABY! There is a baby that makes any appearance around the 45-minute mark. Whose baby is it? At one point, one of Zoe’s minions makes a comment about Sally’s 9-month absence. Is it Sally’s? If so, that complicates the point of Sally being a target of witches as her kid would have the same bloodline. In fact, having a kid would kind of wreck that “purity” element that comes up in connection to Sally. Of course, the baby would be perfect and “without sin”.

Let’s not forget the fact Sally did not carry the baby in when she arrived. Bad mother? Half of the time, I kept wondering, “If all of these people are here and there, who is watching the baby?”

If it isn’t Sally’s, why include indications that it is her kid? Why not drop a line of dialogue as to why the baby is there and move on?

At every step of the script, more and more questions arise, questions like those I have asked above. By the end of the film, my head hurt from stumbling through – well, missing plot points. Not holes, mind you; we’re talking “Reel Missing” lapses in logic and narrative flow.

My comments may seem harsh. Charlie Comparetto has shown he can direct, but he needs someone else to handle the writing. With the right script, I think he could break into the bigger leagues as he knows how to visually create a world that captures the eye and the imagination. Not a bad feat for his first feature film.