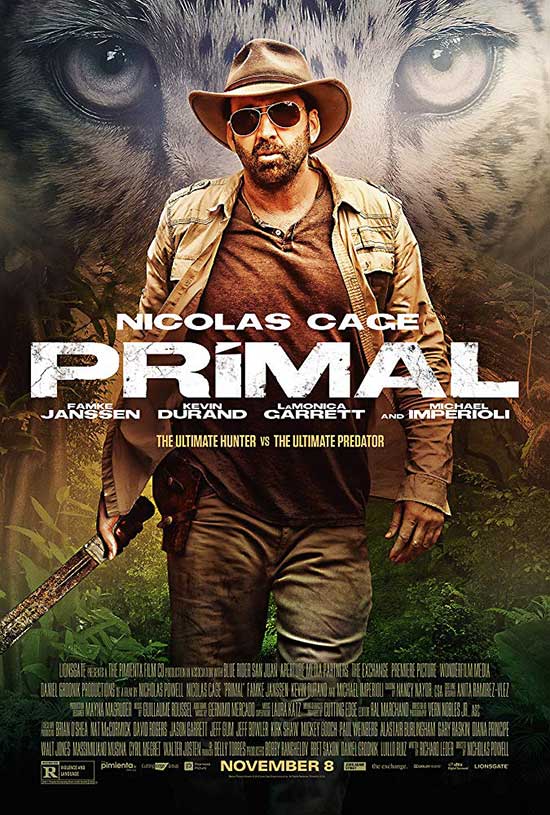 “When Frank Walsh (Nicolas Cage), a hunter and collector of rare and exotic animals, bags a priceless white jaguar for a zoo, he figures it’ll be smooth sailing to a big payday. But the ship bearing Frank’s precious cargo has two predators caged in its hold: the cat, and a political assassin being extradited to the U.S. After the assassin breaks free – and then frees the jaguar – Frank feverishly stalks the ship’s cramped corridors in hot pursuit of his prey, right up until the thrilling, unpredictable climax.”

Directed by, Nick Powell and written by Richard Leder. Nicolas Cage plays Frank Walsh. Frank is in a tree. He nabs a “rare white jaguar.” What could possibly go wrong? HUH! Nicolas Cage, a few chickens, a jungle and a big rare cat. This should be nothing for him. Like, being on that plane with John Malkovich in Con Air, maybe not as dangerous.

It feels like Primal is bringing Nicolas Cage’s primal, animal instincts out! He is growly and gruff.

The people seem quite concerned about Frank taking this rare jaguar. Diego (Pablo Tufino) tries to warn him. (Does he ever listen?) He arrives at a giant cargo ship to take this rare animal back to the zoo. (This is probably not the best idea.) “She doesn’t like people.” Frank Walsh (Nicolas Cage). Paul Freed (A very serious and silent for a moment… Michael Imperioli) shows up. Oh, add a criminal on to this fun adventure. 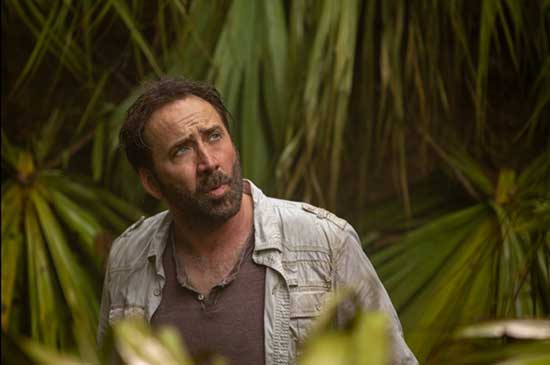 The cat is caged, the criminal is caged. Should this really be happening? Richard Loffler (Kevin Durand) is our resident caged criminal. He has an attitude, wants ice. Dr. Ellen Taylor (Famke Janssen) does a great job portraying a tough as nails doctor who is unaffected by the criminal taunting her.

The freight ship is ready to head out to sea. (I am not sure I would have stayed onboard.) Kevin Durand is giving complete Michael Keaton/Jack Nicholson eyebrow looks. Frank and the doctor are talking to each other along with Paul. He explains how deadly Richard is.

Frank is feeding the animals on the ship. His parrot talks and has a sense of humor. It is smooth sailing so far but it feels like everything is going to wrong real fast.  Loffler is passing out. The guards babysitting him are freaking out. They call for the doctor and she gives instructions on what to do.

Well, all hell broke loose. There’s animals all over, Loffler escaped, and the rare cat is missing. Don’t worry though, Nicolas Cage has a tracking device on the rare cat. This scenario these people are in is so bad. There are snakes crawling around. Ringer is yelling at Frank but he isn’t listening. He is looking for the rare cat.

Loffler is in big trouble. Ringer is mad and wants to kill Loffler and the cat. Frank isn’t happy about that. Dr. Taylor is trying to save Morales (Braulio Castillo hijo), as he was bitten by a snake.  Frank finds Loffler and the rare cat interrupts. Frank is a curmudgeon but he is trying to help. The doctor, Morales and Rafael (Jeremy Nazario) are locked in the room while Frank tries to find another way off the ship.

Frank runs into Loffler again. He’s tons… of not fun. Loffler knocked out Frank and is dragging him somewhere. One of the guards gets a shot at Loffler and Freed wants him alive so some bad shit goes down. The parrot knows they are in big trouble, “uh-oh.” I feel bad for the parrots.

They are trying to get off of this ship and as usual… Loffler comes out shooting. He also has Rafael. They are in more trouble. Freed is all kinds of trouble. Frank is “going hunting.” I’d imagine for the cat and for Loffler now. He is mad and not taking any more shit. Loffler is trying to contact the coast guard. Freed is sneaky, Frank is hunting and found Loffler.

This movie is WILD! It’s a fun movie to watch. There is a big fight between Frank and Loffler.

Loffler says to Frank, “I can’t seem to feel my legs.”

Frank says to Loffler, “I can’t seem to give a shit.”

Pretty amazing. The ending of the movie. YOU HAVE TO WATCH IT.  So be sure to check out PRIMAL. 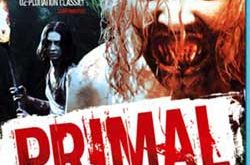