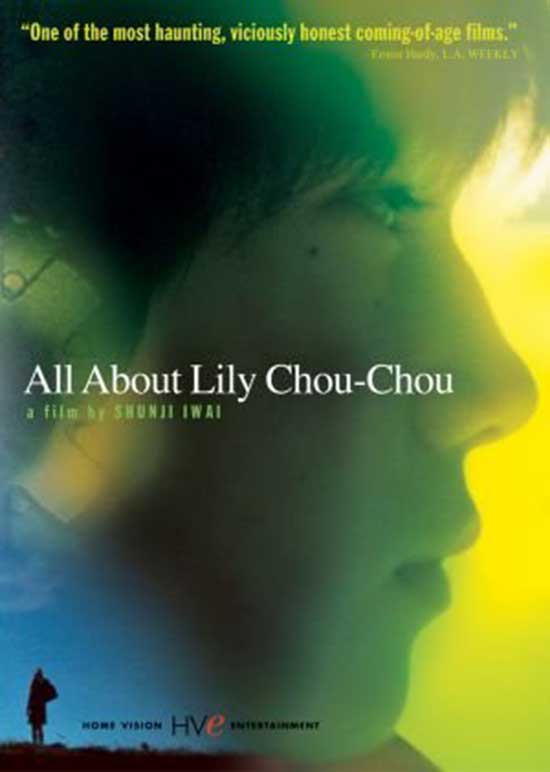 The problematic lives of teenager students for whom the singer Lily Chou-Chou’s dreamy music is the only way to escape an alienating, violent and insensitive society.

Let me start by stating that this is not a horror film. For those familiar with Shunji Iwai’s previous works this comes as no surprise, as he has a well established career in the world of drama, but as this is a website dedicated to horror, I feel that it’s something worth noting. However, while All About Lily Chou-Chou may not be horror, it is in parts quite horrific in its exploration of teenage angst and takes the viewer into some unexpectedly dark places. 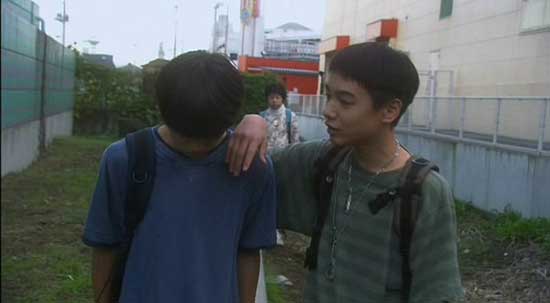 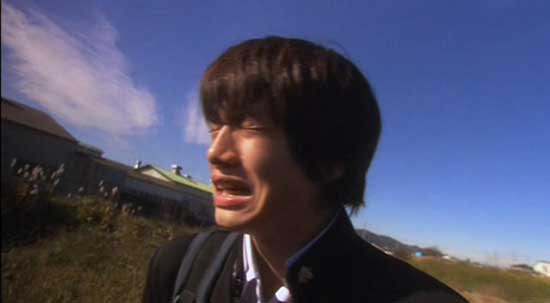 The film, spanning over nearly two and a half hours, follows a group of teenagers in a rural Japanese town. While the story’s focus changes from character to character and the timeline jumps between present day and past events, the continuing link between all the main characters is an enigmatic fictitious pop star Lily Chou-Chou. Her ethereal music (alongside Debussy) is the continuous background soundtrack of this teenage drama and the interactions in a fan site dedicated to her, work as little interludes throughout the film, giving insight to the minds of the characters. In the centre of the story are two friends Yuichi (Hayato Ichihara) and Hoshino (Shûgo Oshinari), whose lives interlock in a destructive manner. After some traumatic experiences during a summer holiday the two drift apart, Hoshino becoming a school bully of the worst kind and Yuichi ending up as one of his victims. Hoshino and his companion’s crimes keep escalating to a shocking degree, in the end pushing Yuichi over the edge and making him act out in a horrific manner. 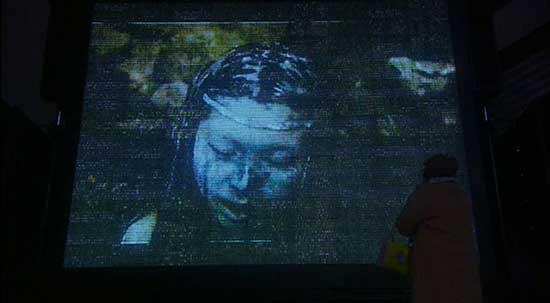 The film takes it sweet time to get going and I must admit that around the halfway point I started to question whether this story was ever going to go anywhere. Of course, that is exactly when the story changes it’s pace and the last third of the film delivers in ways that I was not expecting. While the whole film certainly has a sombre feel to it, the last 45 minutes or so take it to some very grim areas, fully wallowing in nastier side of human nature. 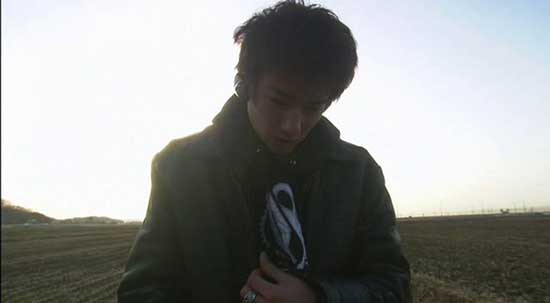 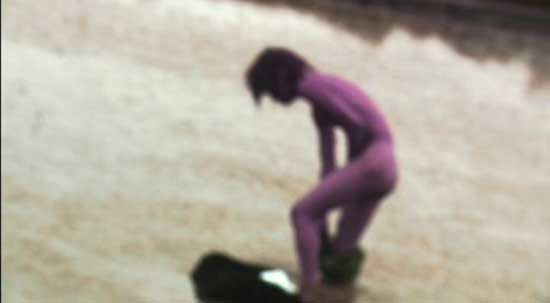 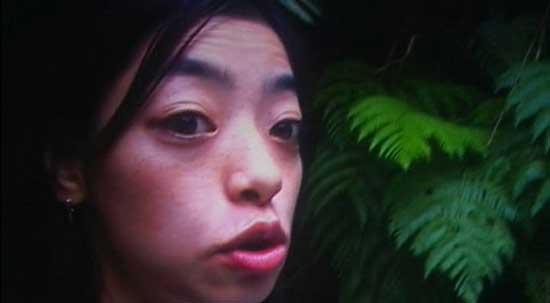 There is a great contrast between the gorgeous, serene shots of natural beauty and jerky handheld camera moving in rapid pace. Same if true of the interaction between the characters; while online there exists a peaceful place where music is the connecting force, offering an escape from the horror of the real world, in reality everyone is out to get each other and the ugly side of humankind is all you encounter. There is something slightly schizophrenic about it; a quality that quite beautifully illustrates the horror of growing up and being a teenager. 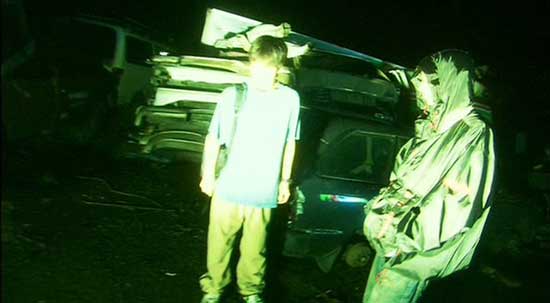 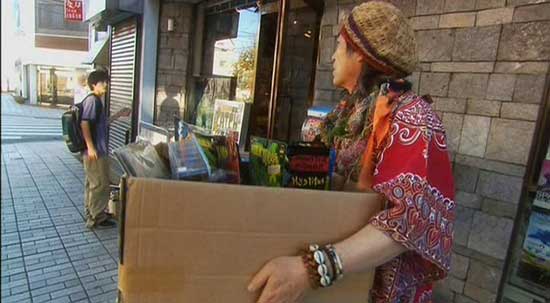 The film is not without problems. I personally found the nonlinear narrative somewhat hard to follow and on occasions found myself getting confused with what timeline, and sometimes even what character, the story was following. The continuous interludes of written text taken from the fictitious website also started to get slightly tired and annoying by the end. However, like the contrast between the different styles of cinematography, the weaving nature of the storyline is something that helps to create the uneasy atmosphere that is so key to the film. The story unfolds almost like some sort of digital poem, losing you in places, but then suddenly grabbing your attention by connecting dots you didn’t even know existed. 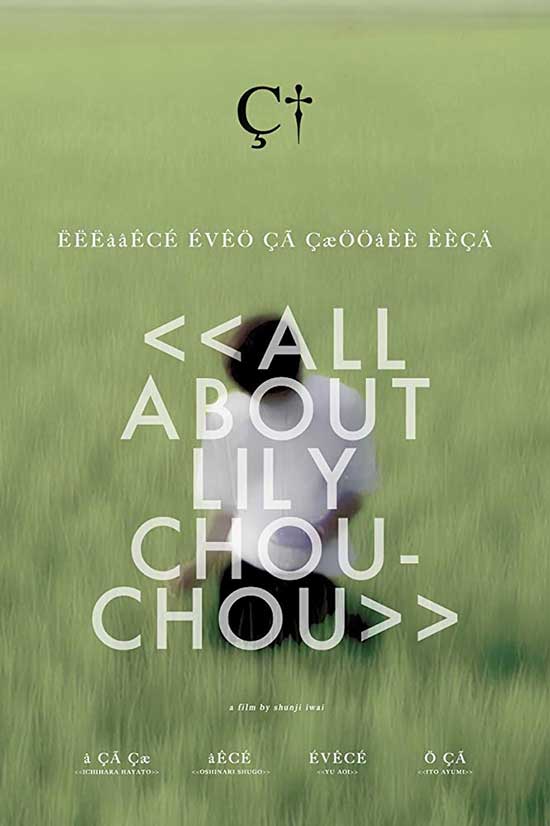 Albeit brutal, as a portrayal of teenage mindset and the awe and horror of growing up, All About Lily Chou-Chou is very successful. It’s lyrical way of telling, what is essentially quite an ugly story, is something that quite perfectly encapsulates the horrible youthful angst that each one of us has no doubt at some point felt. It will not be everyone’s cup of tea. The nonlinear storyline and the long running time will undoubtedly put some viewers off, but I would dare to say that those who stick with it will not be disappointed. It’s savage, cold and leaves you feeling distinctly uneasy; just like adolescence in real life.