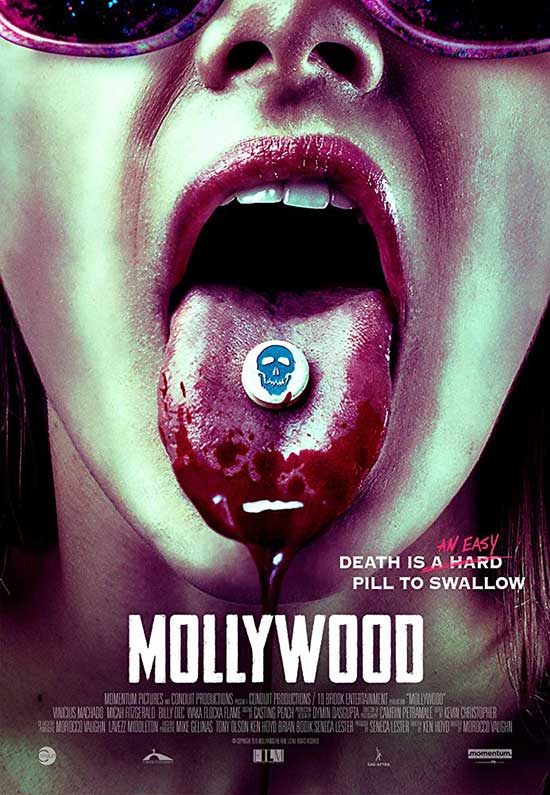 A religious madman in Hollywood murders drug users for revenge on the junkie who killed his family.

Mollywood (2019) is a neon-lit tale of a serial killer with a religious obsession preying on the casual drug users of Hollywood. The film is the directorial debut from Morocco Vaughn, and is scripted by writer Ken Hoyd, also in his feature debut. Despite a terrible protagonist and plenty of scenes with dead-eyed acting and poor pacing, Vaughn’s gritty visuals and Micah Fitzgerald’s fantastic performance elevate Mollywood above its otherwise meager parts.

Fitzgerald’s character, Chase, is a drug-developer who harbors a hatred of drug users that stems from his parents’ deaths at the hand of a driver under the influence. His childhood best-bud Rush (Billy Dec, Book of Swords 1996,) now a famous DJ, bankrolls him while unaware of his murderous mission. The purported antagonist of the film is Zach (played by Vinicius Machado, Peril of Darkness 2018,) a dimwitted and useless cop. There’s a barely mentioned plot thread about Zach having lost his brother to our drug-hating killer, but his scenes are so empty, pointless, and slowly-paced that it’s a worthless attempt at developing depth. There’s even a selection of scenes where Zach seduces and then casts aside a woman who plays literally zero part in the film’s plot.

Basically, any scene without Fitzgerald is wasted, and several scenes are so bizarrely out of place as to be baffling (I’m thinking especially of a scene taking place after Rush learns of his friend’s killings, where the DJ is consoled by the previously unfeeling and mean-spirited Zach in a room supposedly filled with poison gas.) 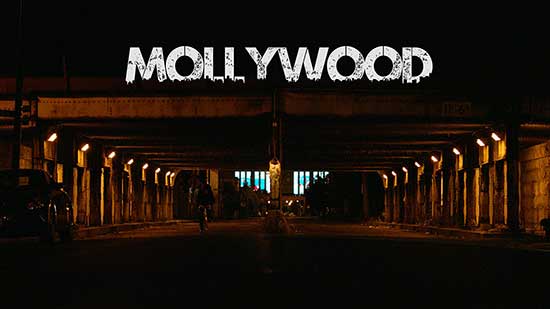 Fitzgerald’s scenes, however, are beautifully narrated by his gravelly voice, and full of delightful pseudo-Christian gibberish proclaiming it his holy duty to deliver the stained souls of users and abusers to God’s cleansing afterlife. Fitzgerald, well-costumed in what appears to be Johnny Depp’s bracelet-steeped wardrobe, skulks around the back alleys of Los Angeles as what appears to be the area’s only white person, effectively creeping out everyone he comes across. There’s a small role in the film given to rapper Waka Flocka Flame, who does an admirable job as a high-profile dealer and deserves a bigger role. Be on the lookout for his great gunfight, which is primarily made up of slow-motion mugging sessions that are downright fun to witness.

The kills are more gruesome than would be expected of what, at first glance, promises to be an amateur affair. Limbs are severed, acid is spilled, and there are spurts of blood nasty enough to snap gorehounds to attention. These traditional effects aren’t sparse, but neither are they so gratuitous as to become tiresome, which is a tough feat that Mollywood does well. 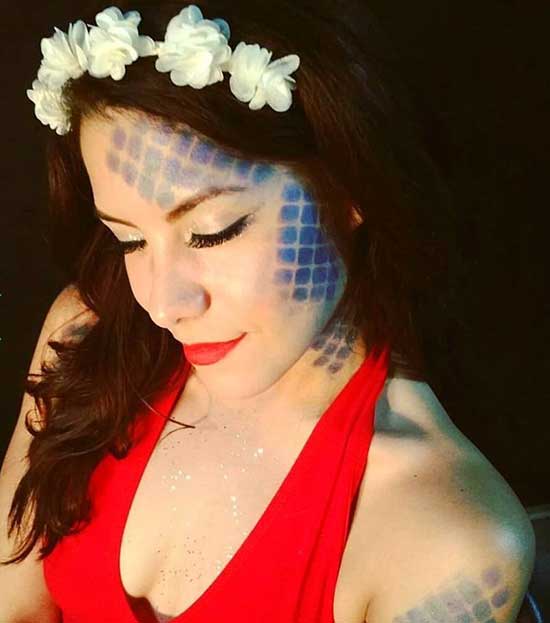 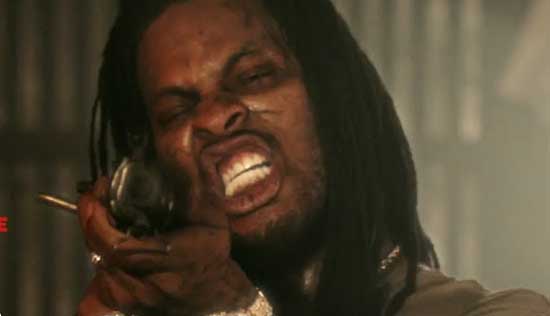 Vaughn’s directing is attractive, though it’s at its best when out of doors. He brings a vibrancy to the streets and its occupants that feels legitimate (this coming from a Southern Californian,) but the interiors are a little too lightly dressed and could’ve used more flair. The soundtrack is, unfortunately for a film supposedly steeped in the rave scene, lacking; the exception is the title hip hop song, which had me humming its inappropriate lyrics long into the next day.

The script, as one could guess from the above, is one of the film’s weaker elements. The “good” characters don’t have any of the pizzazz the killer sports, and their dull descriptions can be summed up as flat stereotypes like “tough cop” and “nice guy.” The difference between Fitzgerald’s killer and the rest of the cast is so striking as to make viewers wonder whether the bulk of the character was the actor’s creation, rather than the Hoyd’s. The screenwriter’s greatest sin, however, is his decision to ditch the entire religious drive of Chase’s character in the film’s final scenes for a “just kidding” moment that upends the killer’s motivation and weakens the whole affair, rather than reinvigorating it. 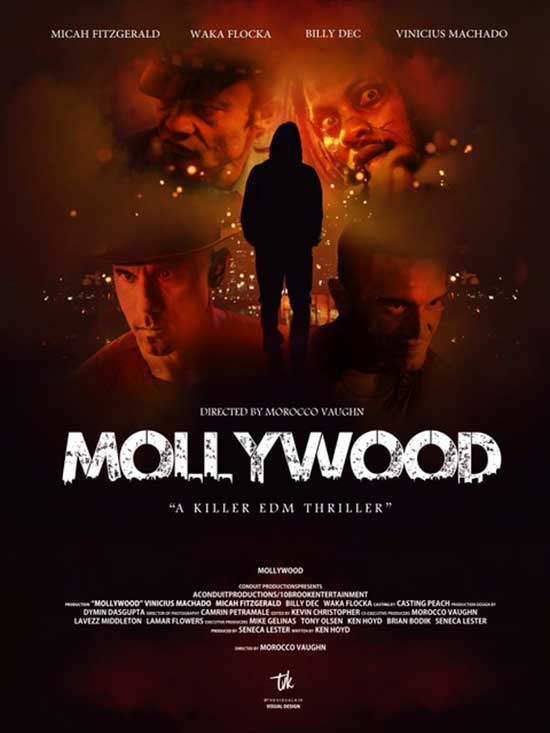 All of this considered, and the outcome for Mollywood is that it’s a mixed bag. Dull scenes and pointless characters are matched by a stellar performance by Micah Fitzgerald as the killer and good-looking gore and Los Angeles visuals.  If the latter traits sound like your cup of tea (or designer drug of choice,) then Mollywood might be worth a watch.