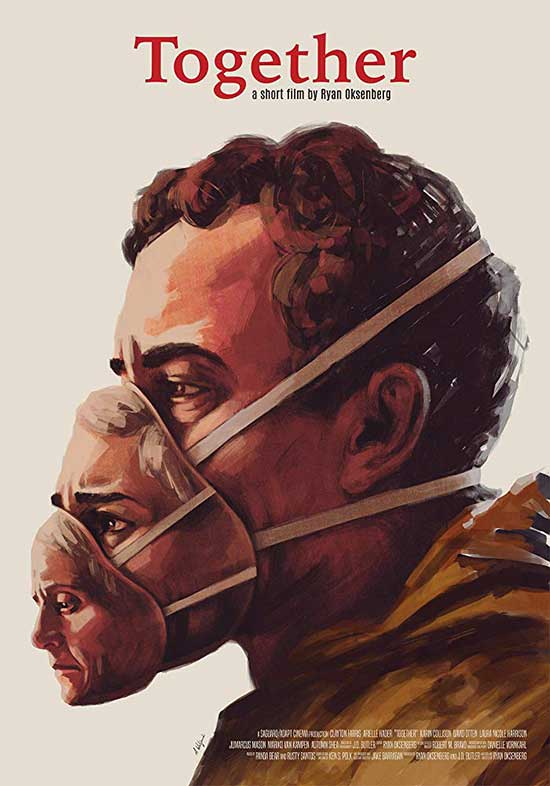 A biohazard remediation cleaner finds the integrity of her business threatened after hiring a technician with an insatiable appetite for his work.

More short films, kiddies! Today we have TOGETHER, written and directed by Ryan Oksenberg.

Julia (Arielle Hader, “Grey’s Anatomy”) runs a clean up company, one of those ones that comes in after crime scenes and handles some real nasty stuff. She lives in an RV with her mom (Karen Collison) who seems to be not quite right in the head.

We learn through flashbacks that Julia’s dad committed suicide when she was younger and mom tried to clean it up so she wouldn’t see it. Julia did see it, of course, which apparently led her to this gruesome line of work.

The real problem is keeping help. Not everyone is cut out for this sort of job, and after a worker literally runs screaming off the job, she calls a recent applicant named Clayton (Clayton Farris). He happily shows up to work.

What Julia doesn’t know is that Clayton has a very specific set of skills that, while helpful to her work, are not necessarily appealing. But Julia is running out of time to get this current job completed, and good help is so hard to find… 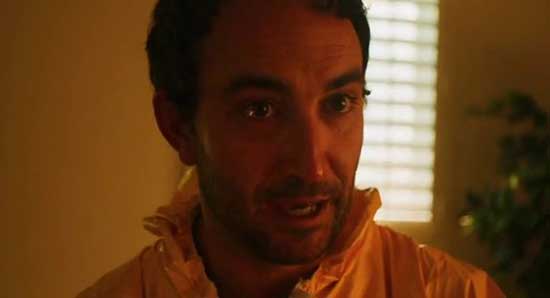 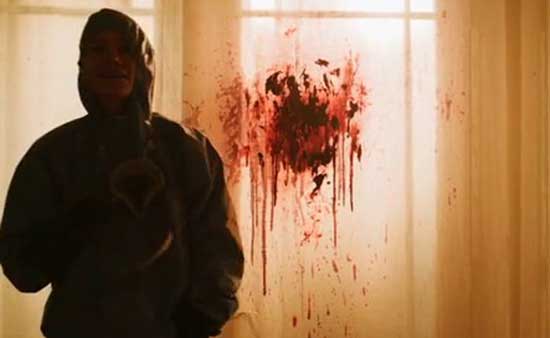 I will not spoil anything here. I’m not entirely certain what I just watched, to be honest. But I will tell you this –

I make gore for a living. I’ve worked on several films providing the “wet work”. I have created goo and blood and bits that are almost photo-real.

Any film that can make me gag, I’m impressed. I almost blew chunks at least three times during this film, even had to look away once or twice. The gore in this film, and the way it is used, is super gross. I love it! Big shout out to Robert Bravo and Bethany Pederson Onstad for the nastiness created for this film.

There’s a lot more story as each character develops throughout the film. A great opening sequence which at first seems related to nothing, but it all makes sense by the end. There’s a lot going on beyond the gruesomeness. And every thing is happening for a reason. You just have to be patient and it all comes full circle.

So yea, this film is super disgusting and the story is good, too.