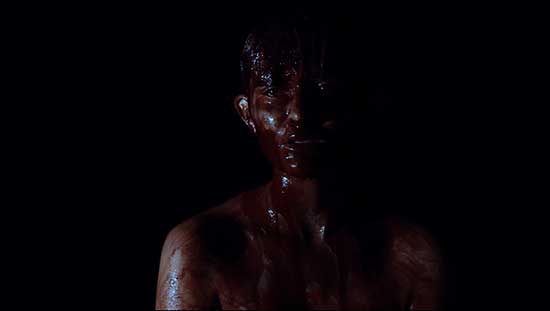 Before we get started, I should lay out a few word definitions for you. I had to look them up, so I’ll save you the trouble.

Dacryphilia (also known as dacrylagnia) is a form of “deviant sexual behaviour” in which one is aroused by tears or sobbing. Hematolagnia is another form of sexual deviance, defined as a sexual fetish for blood which evokes arousal when present on the fetishist’s sexual partner. It is often accompanied by licking or drinking blood through bloodletting or biting.

I think its important to have that knowledge coming into this film, as it might not make sense otherwise.

Ok, having completed the vocabulary lesson, lets talk about the film. Our unnamed character (played by Lilith Singson) is shown as she goes about satisfying these compulsions. It seems she has both, so its a pretty brutal combo. 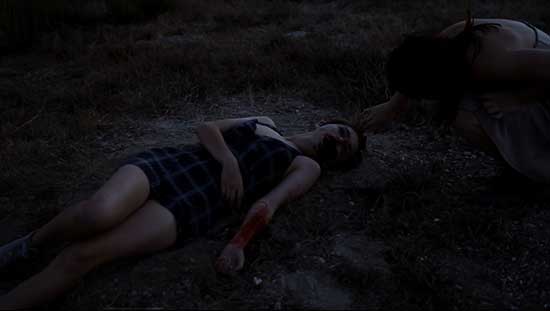 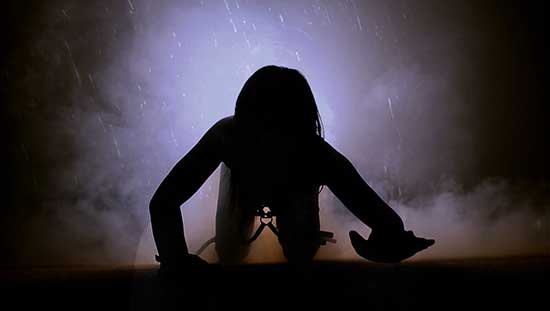 Mr Ryan and another actor named Lilly Montano appear in the film as…well, I don’t know…victims? Partners? Subjects? Either way, they are the stuff that feeds our main character’s impulses, and it doesn’t go so well for them.

Its difficult to describe this film, honestly. There is no dialogue or anything. Its more like an extended music video, perhaps, or even rather fetishist unto itself when you watch it.

The score, written by Toshiyuki Hiraoka & J.K. Wiechert, is sufficiently artsy and ambient to sell the whole piece. I was prepared to swear it was music by The Residents until I saw the closing credits.

I have reviewed films by Mr Ryan before. He has quite the reputation and his films have never shyed away from controversary or brutality. This film appears to be a collaborative project between Mr Ryan and Ms. Singson, one of those “Hey I got a great idea” sort of things. They have projects together coming up in the next two years so perhaps this was a way to test the waters, to see how well they work together.

Either way, there’s a lot of gore (ie, blood) in this one so if you are a bit squeamish, might want to give this one a hard pass. Otherwise, its an interesting short and you should give it a try.