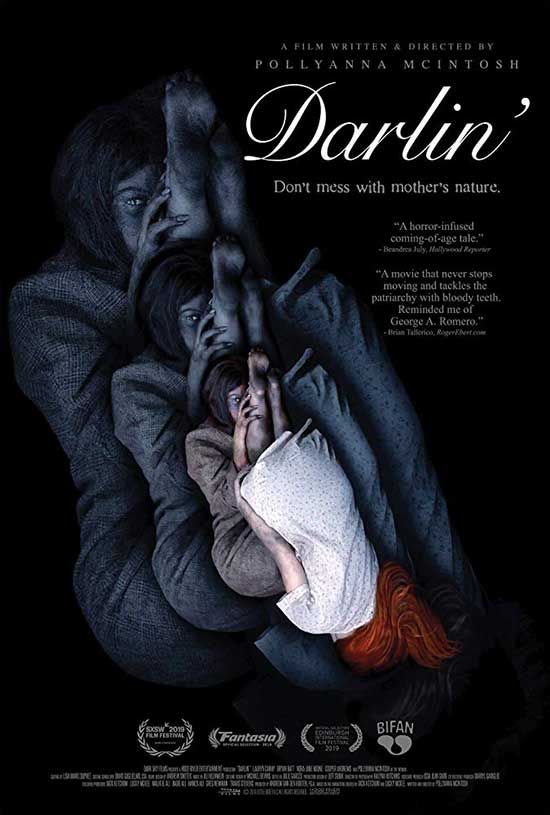 The 2019 horror thriller titled: Darlin’ bears a unique distinction. One, it being Pollyanna McIntosh’s directorial debut and two being that it stars 2 of the main actors from The Walking Dead franchise (Cooper Andrews and Pollyanna herself). For those of you who caught the first film, 2011’s “The Woman”, Darlin’ is the follow up sequel. 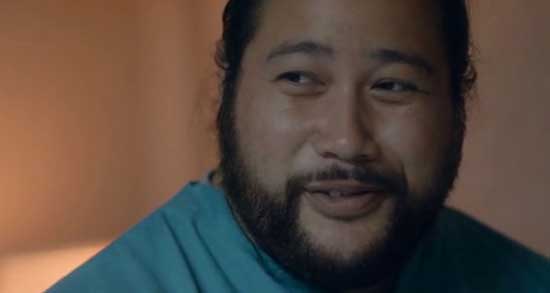 On that note, Pollyanna McIntosh reprises her role as “The Woman”, the fictional character of Jack Ketchum’s prior release. Years later in the story’s timeline, we find that “the woman” has given birth to several offspring. The focus of this film however, centers on one, a child that goes by the name of Darlin’. Due to complications in the past, Darlin’ appears to be the only remaining surviving offspring.

Actress Mackenzie Bateman plays the dynamically charged focal role of Darlin, a wildly curious and feral young teenager thrown into a world of mystery. Upon first act, Darlin is seen being dropped off at a nearby hospital by her mother who has been raising her in the wild. While the reason is uncertain, we get the sense that she is in need of care under the watch of an established organization, possibly in need of medical help. In any case, this is part of the mystery as Darlin’ is quickly embraced by not only Tony (Cooper Andrews), the hospital care person, but a nearby Catholic girls school. This sets the stage for the agenda of this film to play out.

Darlin, who’s feral nature is seen as a bridge to gain needed funding, is recruited by a local Parish as a test subject who they believe they can civilize. Taken under the wing of a Catholic boarding school and Sister Jennifer (Nora-Jane Noone), Darlin embarks on rehabilitation, all the while being filmed for posterity. The object being that the Parish is able to make an impact even on the most difficult of cases. While the amount of time it takes to transform Darlin into a normal teenage is highly questionable, suspending disbelief is a requirement to determine the film’s end game. Part social commentary, part horror film and part culty exploration, the movie Darlin is really a hybrid of all of those.

We are quickly invited into the controversy intended for this film (that really isn’t the girl herself but the odd and creepy Bishop that the nuns and children are subjected to). Though to add a dark comedic aspect, we find “the woman” shacking up with a homeless group who all band together in an effort to unify. Needless to say, the film adds some quirkiness to its presentation that are indeed head-scratches.

Darlin’ is an odd film that gains merit by some pretty decent acting chops per young actor Mackenzie Bateman. While there is a comfort in seeing a few of the WD gang here for the ride, the film is primarily meant to follow on the cult status of Lucky McKee’s previous film, ‘The Woman”. A few gory moments remind us not to forget that at its core its intended to be a horror film, though I got the sense that Pollyanna McIntosh was attempting to make a few points about teenage pregnancy, the corrupt nature of some of the authority figures inside the Catholic church and the nature of primal instincts coming of age. 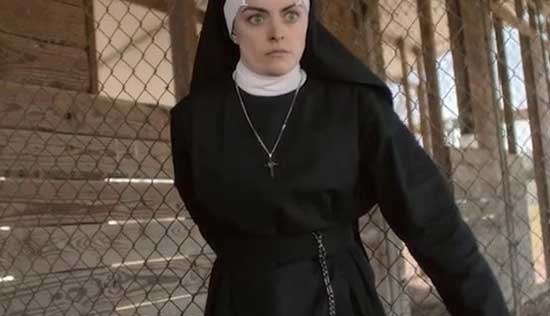 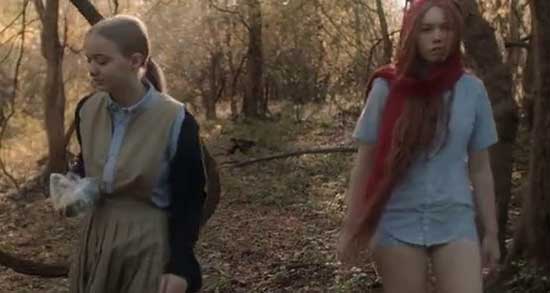 There is a professionalism about this film that is apparent, along with the subject matter that follows its agenda. While I can say I probably wouldn’t feel a need to watch this film a second time, it still manages to be compelling enough that you want to see al its characters and subplots resolve thru to the final act. Pollyanna McIntosh has talent that delivers in more ways than one. While Darlin’ marks her first attempt at writing and directing, I still felt it was impressive enough to pave the way for more projects in future.

Darlin’ is worth a peek for its unique story line, and the fact that actor Cooper Andrews is so likable that you want to support anything that he is in.

I’m not sure if “The Woman” films need to really become a franchise, though it was good to see effort put into a sequel that takes its characters on a different direction. Give it a whirl and let us know what you think!