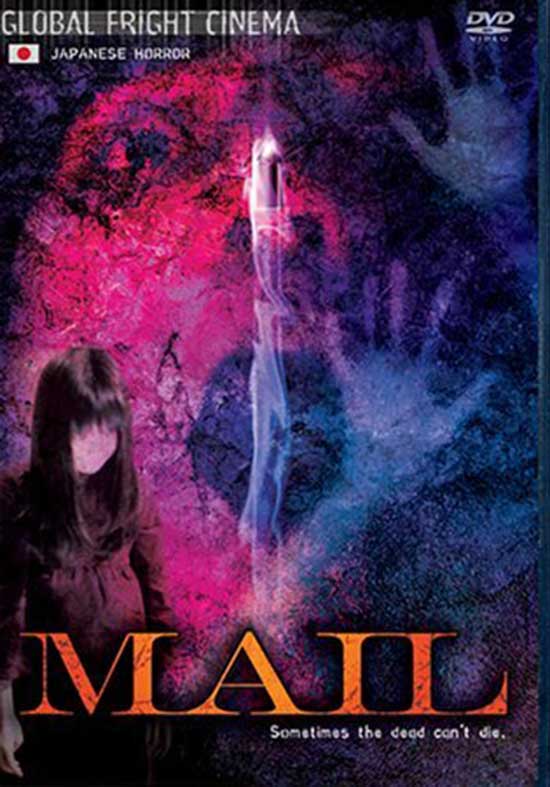 A detective and his assistant help send restless spirits into the spiritual world.

Based on the three volume manga series by Housui Yamazaki, Mail is a supernatural action drama by the director Iwao Takahashi. It follows detective Akiba (Takamasa Suga) who together with his Assistant Mikoto (Chiaki Kuriyama) goes around helping people who find themselves haunted by ghosts. Despite the intriguing sounding premise, it’s a tediously boring affair with dreadfully structured plot and harrowingly bad acting performances. 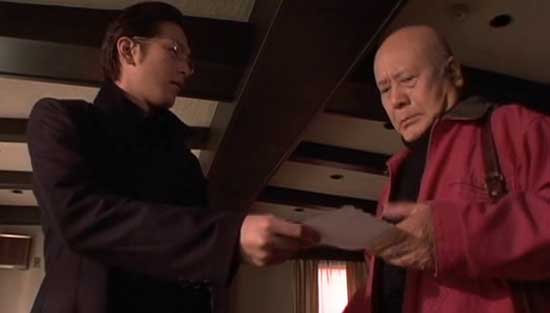 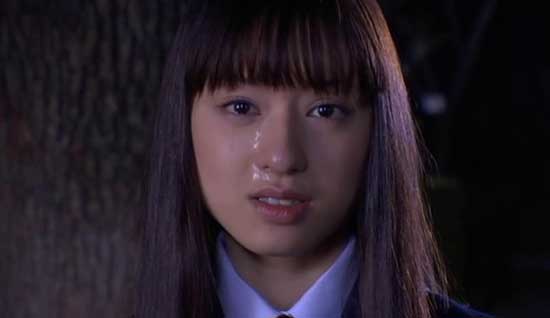 Rather than spending any time introducing the characters or even the basic premise as such, the film jumps straight into action. The first half consists of five unrelated stories of different hauntings that detective Akiba goes and solves in stupefying speed, as no ghost seems to be a match for his magic gun that sends restless spirits into the afterlife. Normally I would not mind an episodic structure like this, especially considering the main concept of the story. The more ghost stories you can throw at me, the better. However, the lack of background information severely damages any enjoyment you might have otherwise gotten from these tales. It’s not that the stories are hard to follow, but the fact that you feel absolutely no connection to any of the characters and the whole thing has a distinctly hollow feeling to it. The fact that none of the segments are especially scary does the film no favours either. Most of them have a sorrowful, rather than scary feel to them as Akiba seems to largely deal with benign spirits trapped in this world. Very disappointing, if you’re expecting a parade of terrifying, grudge filled ghosts. 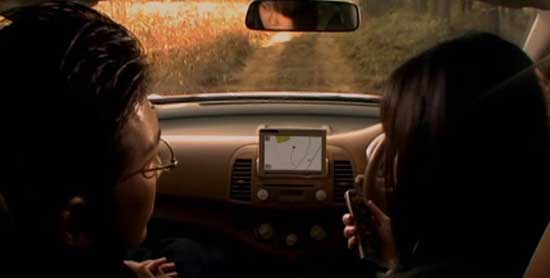 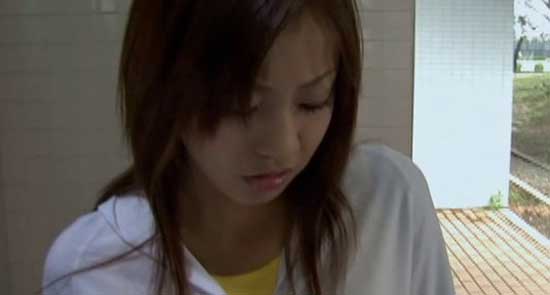 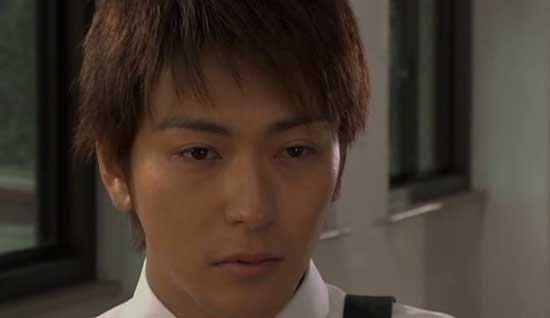 On the second half the film all the sudden changes pace and goes into a lengthy flashback on how Akiba got his magic gun and was shepherded to the path he is on. There’s also a whole big thing about some lost memories, which he will regain once he has sent a hundred spirits to the beyond (and this milestone is naturally closing in towards the end of the film). None of this particularly helps to make the character of Akiba any more likable or relatable, and the whole episode just feel completely out of place and the rest of the film just continues in the same futile manner. Maybe if this flashback backstory would have been distributed throughout the film, it would have worked a little better or would have at least given the film a bit more intrigue and perhaps a slightly better structure. Having it as one big block in the middle of the films just feels clumsy and completely misplaced. 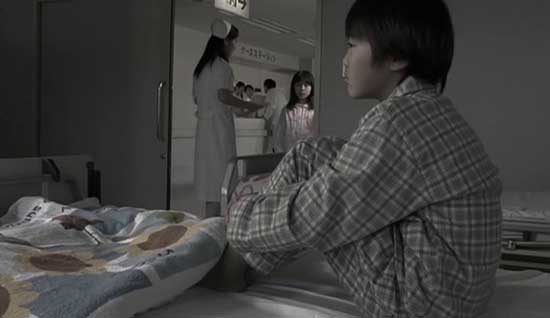 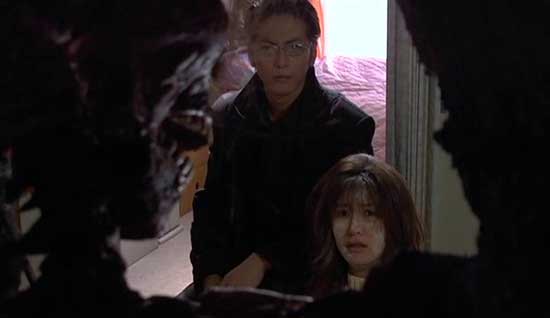 However, it’s not only the terrible plot structure that is wrong with Mail. From the very first minutes it is blatantly clear that the special effects will most definitely wow or scare you. The ghosts are created using incredibly crude CGI that leaves a lot to be desired. This once again makes me question why such effects was even used when significantly better results could have been reached with using real actors and some make up. Especially as the scenes where they have opted with this route, the outcome is drastically better. I do understand that not all the films special effect need could have been met this way, but a little less of the bad CGI could have gone a long way. However, I do have to say that while better quality special effects might have made Mail a slightly more enjoyable watch, even the highest quality CGI would have not saved the film from its terrible actors. Takamasa Suga is so astonishingly wooden in his role as Akiba that his performance makes you second guess whether you are watching a real-life human being or a puppet of some sort. Chiaki Kuriyama does not fare much better. I have enjoyed her performances in the past in Battle Royal (2000) and Kill Bill (2003), but unfortunately in this instance Ms. Kuriyama fails to impress and her performance is as lukewarm as Saga’s. The chemistry between the characters (who by the way are supposed the have a deep cosmical connection) is absolutely nonexciting and to is very hard to believe that these two strangers would actually have anything to do with each other would they ever meet. 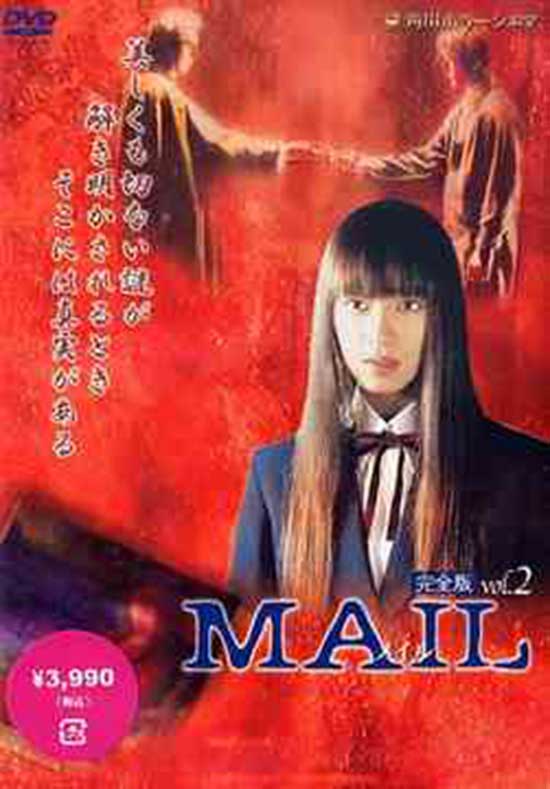 I get the feeling that Mail is a film for the fans of the Yamazaki’s manga. It’s not hard to follow without having read them, in fact it’s a very simple film, but relating to the characters or the ordeals they are going through is pretty much impossible without that background knowledge. I also suspect that the episodic structure works much better on the pages of the comic and the stuff surrounding the magic gun and sending spirits to the afterlife probably looks a hell of a lot better when drawn. So, if you’re not familiar with the comics, this is quite possible not for you and even if you are, you might still find yourself disappointed.